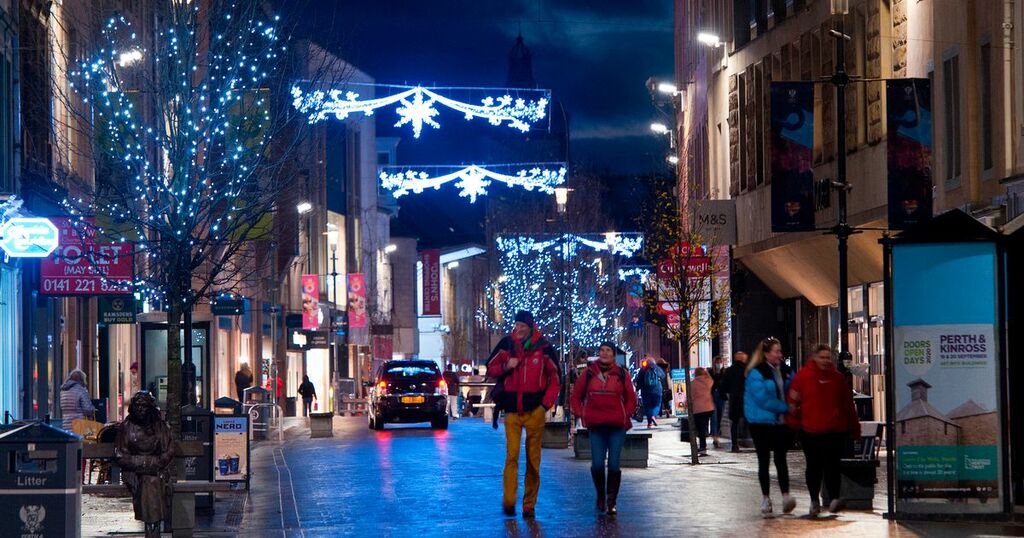 There will be no official Christmas lights switch-on event in Perth for the second year running.

Although large-scale events are now permitted by the Scottish Government, the PA can reveal Perth and Kinross Council is set to host a series of smaller celebrations as part of the annual Winter Festival instead.

The streets of the Fair City will twinkle with strings of Christmas lights from the end of November, but in line with COVID pandemic considerations, there will be no official switch-on event, pulling in crowds from the districts of Perthshire and beyond.

The convenor of Perth and Kinross Council’s environment and infrastructure committee, Carse of Gowrie Conservative councillor Angus Forbes, revealed to the PA that the start of the festive shopping period would be marked by “a smaller number of family-orientated events” but like last year, there would be no big celebrity-led extravaganza.

He said a brief had been issued, requesting activities to drum up interest in Perth city’s move into the season of gift shopping, but for everyone’s safety, these plans would avoid gathering potentially dangerous crowds in any one spot.

He was also thinking Perth should not create something that would be a big loss if cancellation became necessary.

Cllr Forbes explained: “This year’s Winter Festival will see a much smaller number of family-oriented events on offer in the city centre.

“The decision to not have a switch-on event is a consistent approach being taken by local authorities across the country, and while we understand there will be some disappointment, the health and safety of the public is our priority.”

He advised that details of the proposed events will be shared in the coming weeks.

The low key, lower risk approach will please those who feared a big push in the city centre on one day would represent trouble for spreading infections.

He said: “With record infections in Scotland, I think it would be folly to organise.

“And vaccine passports won’t reduce the rate of infection.”