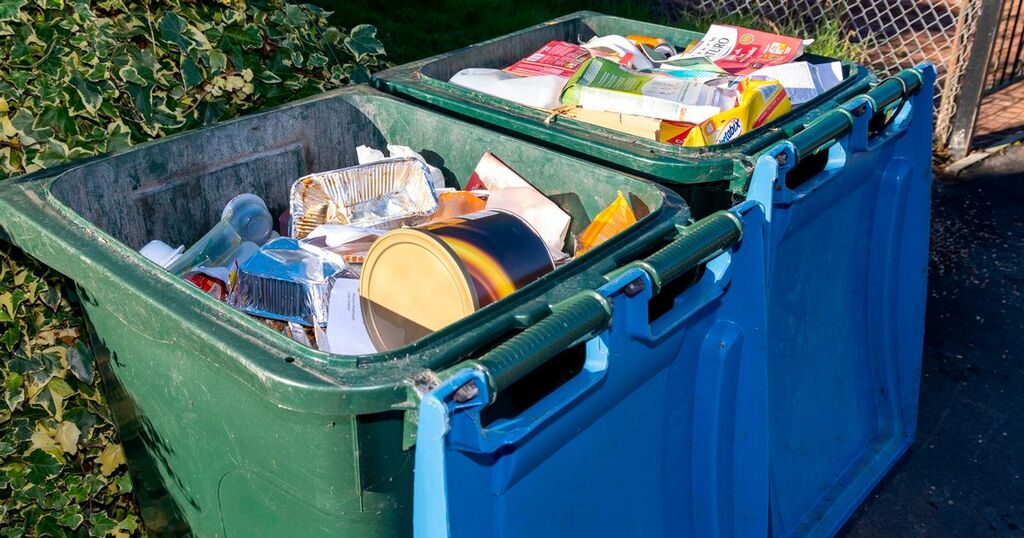 A Perth pensioner has blasted authorities for leaving him with two full recycling bins which will go nowhere for two more weeks.

The blue bin monitoring took place in areas across Perth last week and this week.

And, where the contents failed, red failure notices were stuck on the lids asking householders to sort their recycling waste more carefully next time.

But Brian Fachie contacted the Perthshire Advertiser to say he has no idea what the council expects him to do with his two full blue recycling bins that failed the lifted lid test.

And the 75-year-old fumed: “ Perth and Kinross Council needs a kick up the backside.”

He added: “Where I live in Perth there are houses in a cul-de-sac and pretty much everybody here got a red ticket.

“It’s not fair, the council keeps changing the rules.

“They sent an inspector out this week ahead of the Monday collection and I’ve been informed that a couple of crisp packets is the reason my recycling waste has not been taken away.

“I pay my council tax the same as everybody else, PKC is hard necked enough to say we have to pay £40 a year for a garden waste permit.

“If they keep on like this, everything will just go in the green bin.

“It’s not fair on us pensioners, I have COPD, it’s an ongoing disease which restricts what I can do.

“Having to put the bin out on the street is hard enough, so I’m seething that because the waste crew were not happy with the contents, these will now have to sit outside my house unemptied for the next two weeks.

“It’s ridiculous, with our bins already full, where are we supposed to put things to be recycled that get used this week and next? What they are doing is just stupid.”

A spokesperson for Perth and Kinross Council said: “We are sorry to hear of dissatisfaction with the kerbside recycling service this week.

“We recognise that some householders are physically unable to remove contamination and would encourage residents who have concerns to call our waste team on 01738 476476 so we can advise them on how to resolve the situation.

“Traditionally household recycling quality has been high in Perth and Kinross and we recognise that most residents are keen to support us in maintaining this success.

“However, with an increasing level of contamination in blue bins, we have taken forward the ‘Stick to the Six’ campaign to provide clearer information on the six main material types to be placed in the bins and to encourage greater levels of awareness and support from residents.”

Between July and December last year, the council paid an additional penalty of £50,000 to deal with the problem of the wrong materials going in the bin.

This cost was on top of the money already paid to collect, transport and process ‘good’ recycling.

Regarding the rejected blue bins, the council provided the following advice: “Either remove the contamination and put it in your green general waste bin; dispose of it at your local recycling centre or arrange to have your blue bin emptied for a £5 charge.”

See the full list of what can be recycled in the blue bin at www.pkc.gov.uk/sticktothesix