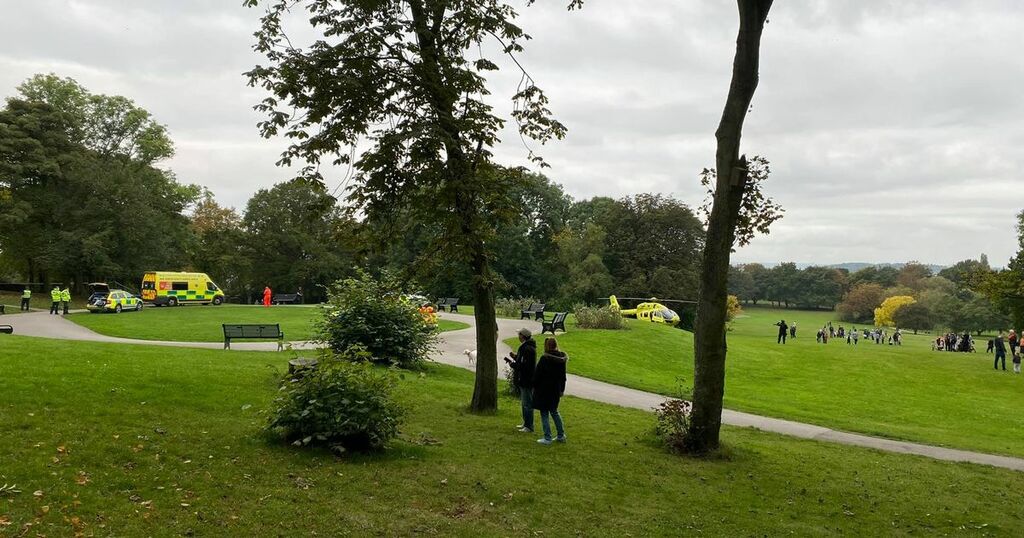 A person has been shot in a south Yorkshire park as children played just metres away.

A person was shot and 'bleeding', the ambulance service said.

Footage from the scene showed paramedics tending to an injured man on the ground.

At least two ambulances, the air ambulance and at least one police vehicle were pictured at the scene with a cordon put in place.

People took to social media this afternoon to share their shock and sadness at the scene at the park, which is popular with families and children.

One person said: "Makes you not want to go anywhere!! A shooting at locke park though think barnsley needs the military to pay a visit I fear for my kids when they get older and start going out on their own ".

Another person said: "I was there with little one when all police and ambulances turned up, never seen owt like it, got straight back in car".

The Yorkshire Ambulance Service confirmed that they responded to reports of a shooting in Locke Park, this afternoon.

A spokesperson said: "We got a call at 2.55pm to reports of a person who had been shot and was bleeding.

"We sent one ambulance, one rapid response vehicle, the Yorkshire Air Ambulance was in attendance and so was our hazardous area response team."

Yorkshire Live has contacted South Yorkshire Police for a comment.