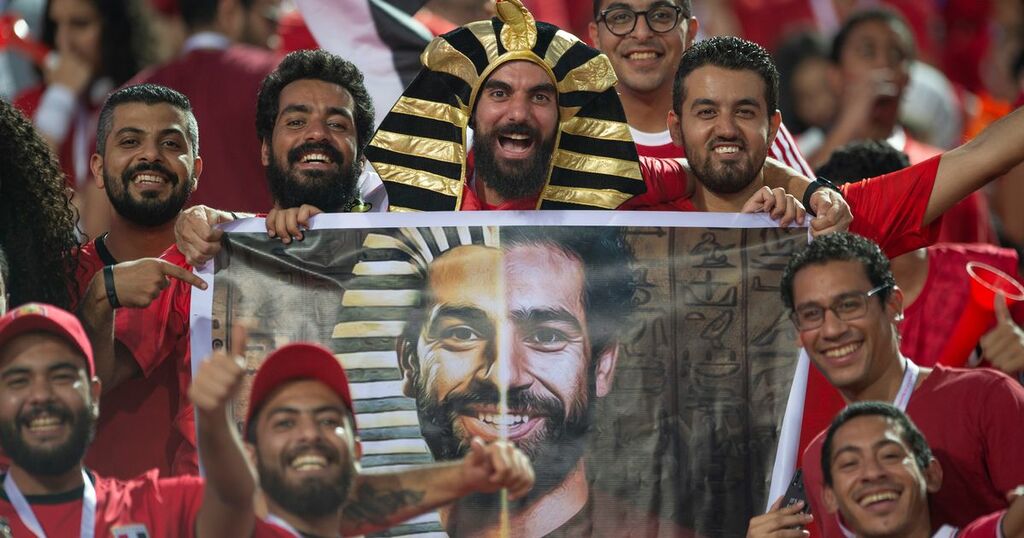 To Liverpool fans, Mohamed Salah is royalty. The Egyptian King who continues to re-write Reds record books having led them to Premier League and Champions League glory.

But to Egyptian fans, he is so much more.

Anfield has witnessed greatness before, with Steven Gerrard and Fernando Torres arguably two of their most famous former players across the globe in the Premier League era.

But Salah has reached an entirely new stratosphere compared to those that walked before him, and with such success unprecedented back in his homeland, his compatriots are very much enjoying the ride.

“Salah is just an iconic player for all Egyptians,” Nada Qotb, Sports Journalist for El Watan Sport, tells the ECHO. “He has taken Egyptian football to a new level.

“Salah has crazy fans in Egypt and all Arab countries calling him "the pride of Arab". He is quite simply the best footballer in Egypt’s history.”

“ Mohamed Salah united the fans in Egypt far from affiliation or blind fanaticism to Al-Qimma clubs Al-Ahly and Zamalek, because he did not play for either of them at all,” Muhammad Al-Qadi, a journalist for Al-Musawwar magazine adds.

“He succeeded in drawing attention to the fact that Egyptian football is capable of producing great players who can join the largest clubs in Europe.”

“Mohamed Salah is an Egyptian legend that may not be repeated even after hundreds of years,” says Mohamed Said, a journalist for Sada El-Balad website.

“Egyptians consider Salah the maker of happiness for them. I have not seen throughout history a player that Egyptians agree on, encourage and support as much as him.

“Egyptian fans are madly in love with Mohamed Salah.”

But what is it that makes Salah so revered by the Egyptian public? Sure, scoring the goals that took the national team to the 2018 World Cup finals helped elevate this monumental icon, but it is the beginning of his story that really helped capture imaginations.

“He is a role model for all in Egypt, especially since he suffered a lot at the beginning of his life and lived through the difficulties that most Egyptians experienced,” Said explains. “That is why they consider him one of them.

“The experience of Mohamed Salah confirmed to the people of Egypt that nothing is impossible, just dream and work to achieve your dream in silence and without noise.”

So Egyptians understandably worship Salah, but how has Liverpool ’s popularity grown in the country since signing the forward?

“Liverpool has always been a big club in Egypt with a big fanbase,” insists Khalid Mohamed Yousif, President of Egypt’s official Liverpool supporters club. “Our branch was founded back in 2008/09 and became official in 2013, so Liverpool was massive even prior to Mo’s arrival.

“But now the neutrals, even elderly and people with no real interest in football, have become Liverpool fans because of Mo. The popularity of the club has grown massively.

IAN DOYLE: 'Forget Messi, Neymar, Mbappe and the rest - Salah is the best in the world'

“Liverpool is a big club in the world, not only in Europe, and has many fans in Egypt for more than 40 years,” Al-Qadi adds. “But with the control of Manchester United, then Arsenal and Chelsea on the championships in England, the new generation of fans encouraged those teams.

“The presence of Mohamed Salah in Liverpool united the fans in Egypt to encourage one team because the Egyptian fans love Salah with all their heart.”

“In Egypt, interest in the Premier League couldn’t compete with Real Madrid and Barcelona matches,” Sara Ali, journalist for 365Scores, admits. “If you came to Egypt before Salah was with Liverpool, the majority would support Real Madrid or Barcelona.

“Now, no one cares about La Liga matches except for a few. The vast majority in Egypt is waiting for the Liverpool match to see Mohamed Salah.

“If the Liverpool match is at the same time as Real Madrid, everyone is watching the Reds!

“Even some cafes have Mohamed Salah as their name, and in Port Said there is a sportswear store called Anfield.”

And when Liverpool are in action, these Egyptian cafes are packed to the rafters.

“Egyptians prefer to watch matches in general in cafes, you rarely find a match other than Liverpool on TV,” Ali explains. “And if Salah scored a goal, Cairo is vibrating.

“In the Champions League final, it was on one of the nights of Ramadan, Egypt does not sleep during Ramadan nights, but watching Salah take a penalty with calm and mastery, there were overlapping feelings that cannot be explained.

“But also, the night of Liverpool's comeback against Barcelona was like a dream, everyone was amazed at what happened.

“Even though Salah didn't participate and everyone here knew it, the cafes were full and the shouts after each goal really rocked Cairo. It was a dream night.”

“Everyone follows Liverpool. The club's popularity is increasing day by day,” Omar Abdallah, Liverpool fan and journalist says. “If someone misses any minutes in a match, when they arrive they are asking people there, “Did Mo score a goal? Has he made an assist?”

“People wait in homes and cafes every single matchday, supporting the club. Not just because they love Mo but they actually love Liverpool now,” Yousif says. “They adjust their schedules to free themselves for the game.

“Cafes are at full capacity. We at the supporters club organise gatherings for the fans to watch the games and yes, everyone is in Liverpool shirts.

“His pictures are everywhere. In houses, cafes and streets. People love him and idolise him. To be an Egyptian Liverpool supporter these days is a blessing.”

“The Liverpool shirt is very prevalent in Egypt, especially among children,” Said agrees. “But you will not see a single shirt with the name Firmino or Mane or Van Dijk written on it. “All the shirts have the name Mohamed Salah written on it.”

Of course, scoring in the 2019 Champions League final was the pinnacle for Salah and for his adoring Egyptian following.

“If you told any Egyptian citizen years ago that we will have an Egyptian player who will win the Champions League, he will answer, for sure, “Are you crazy?!” Ahmed Gamil, a sports journalist for Cairo24, says.

“We never thought a player of our own, same society, culture, language and circumstances would go on to become one of the very best in English and world football,” Yousif agrees.

“We never had such a hero. A few short unsuccessful stories for a couple of players, but none of them became the people champion like Mo.”

With Salah’s contract set to expire in 2023, his future remains the subject of debate in Egypt.

“There’s a big split between the Egyptian masses into three,” Al-Qadi explains. “The first: Mohamed Salah staying in Liverpool in order to make a big name for him in the history of the English club and be a legend like Steven Gerrard.

“Second, he joins Real Madrid, where the ways of playing are open, and to use Salah's speed to score more goals and championships.

“Third, he joins Barcelona, where it is fun to play, to get the title of best player in the world, and to be Messi's successor.”

“The rival fans want him to leave, can't blame them,” Yousif admits. “But of course the fans and neutrals want him to stay.

“His best years were/are in Liverpool, so why change? People love him and they love Liverpool. A perfect match and everyone can see it.”

Having won both the Premier League and Champions League at Anfield, Salah has lifted the biggest prizes on offer.

But there is still one trophy his compatriots are desperate for the Egyptian King to be crowned with - the Ballon d’Or!

“We are already living in a beautiful dream,” Abdallah says. “Nobody expected to have an Egyptian player who can compete with the best players in the world. This wonderful journey must end in winning the Ballon d'Or. He deserves it.”

“Everyone is proud, we don't believe what he's doing, it's out of control now,” Ali says. “He's currently breaking records in every match. The Egyptians at the start of the Premier League just want Salah to win the trophies and Liverpool to win the league again.

“But if he could win the Ballon d’Or, we will put him a statue next to the pyramids!”