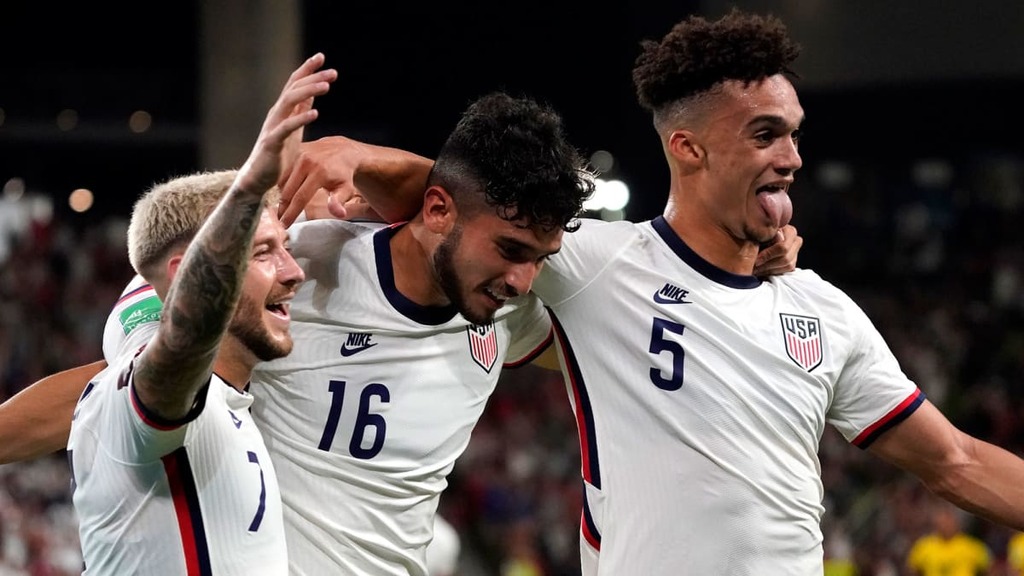 AUSTIN, Texas — There have been a couple signature results during this tantalizing new U.S. men’s national team era that’s so full of promise and potential. And last month, of course, there was a half in Honduras when every bounce went the motivated Americans’ way. But that was a period of improvisation and determination. It wasn’t soccer that seemed to leap straight from coach Gregg Berhalter’s whiteboard.

Until Thursday, there hadn’t really been a signature U.S. performance—a sustained stretch of play in a crucial game that Berhalter could point to as a sign of real progress and as an example of what’s possible, from design to execution.

Then came the opening 20-plus minutes of the second half of Thursday’s World Cup qualifier against Jamaica. After threatening to break loose before intermission, the Americans finally brought Berhalter’s words to life. You want “verticality,” which became the ubiquitous buzzword during the build-up to this second Concacaf qualifying window? This was verticality. It was direct, heads-up, passes-into-space and runs-in-behind soccer that ripped the heart out of the Reggae Boyz, sent the sold-out Q2 Stadium crowd into a frenzy and lifted the Americans to an easy 2–0 win.

“We just executed the game plan today,” winger Brenden Aaronson said. “This is what we always try to do. It’s the anchors of how we like to play, what we did tonight. I think everybody saw it. When we’re doing it and we’re doing it effectively, we score goals, we create chances, [and] we’re killing teams.”

It wasn’t 90-minutes of domination, nor did it come against anyone close to a world-class opponent. But after a summer of tight, gritty matches won late and then a September qualifying window in which the U.S. failed to find much fluency, Thursday’s display represented both a step forward and a sigh of relief. There’s now a tangible connection between the theoretical and practical. There’s a blueprint. And there’s an 18-year-old striker, Ricardo Pepi, who’s bringing it all together. All of that will help when the games get bigger and the opponents get better.

The U.S. (2-0-2) will travel to Panama for Sunday’s qualifier against Los Canaleros before flying home for the Oct. 13 meeting with Costa Rica in Columbus, Ohio. By then, the eight-team Octagonal will be nearly half over. If the Americans, now in first place, can seize upon the momentum established Thursday, they have a good chance to establish a grip on one of the three automatic tickets to Qatar.

“It was excellent application. It was excellent intensity. Everything was pretty good about this game,” Berhalter said. “The trap is going to be us thinking we’re great and us thinking we’ve qualified for the World Cup. And if we do that, we’ll get our ass kicked in Panama on Sunday. For us, it’s about how do you bring that again, and how do you bring that again? Thats going to be the challenge for us.”

To bring it again, you’ve got to bring it once. And after three games in September that left some doubt about whether the national team’s individual talent could coalesce in the World Cup crucible, the U.S. got the message. And it’s a message that transcends individuals. Christian Pulisic and Gio Reyna, likely the program’s two most skilled attacking players, are both unavailable this month with injuries. Berhalter’s Austin XI featured two qualifying debutants and averaged just over 23 years of age. Yet there was a collective understanding from the start. Whether on the dribble or with a quick pass forward, the Americans were going to play fast and direct. Just 20 seconds in, a Pepi feed to Paul Arriola forced a foul that could’ve led to a Jamaica red card. The referee let the visitors off the hook. Pepi wouldn’t be so kind after halftime.

“I think the intentions all game were to be vertical, to play behind them. You saw from the opening whistle that was what we were doing, and I really liked that,” Berhalter said.

The intention was there throughout the opening 45 minutes, but the precision wasn’t. The U.S. had 65% possession during the first half, but the final product was lacking and too many crosses went awry. It was Jamaica (0-3-1), in fact, who put the only shot on target. But Matt Turner made the save on Bournemouth’s Jamal Lowe, one of the few England-based Reggae Boyz who made the trip over this month.

The Americans hadn’t broken through, but this performance looked nothing like the tentative, side-to-side display that led to a home draw against Canada last month. The U.S. was playing with energy and a consistent approach.

“They were dead in the second half. I think and we tired them out because of the first half, the runs in behind, the interchange. I think everything just clicked,” Aaronson said.

The 49th-minute opener featured an 18-year-old, Yunus Musah, carrying the ball through midfield before feeding a 20-year-old, Sergiño Dest, on the right. The Barcelona back hit the cross the U.S. had been waiting for, and Pepi nodded the ball smartly inside the left post.

“We unlocked them,” Pepi said.

The U.S. onslaught continued and in the 62nd minute, it was the 20-year-old Aaronson who ran onto a through ball from Antonee Robinson. Aaronson then fed Pepi in front for a first-time finish.

“I don’t even think we think of ourselves as young guys anymore,” Aaronson said of the talent and combinations on display in Austin. “We’re put in a situation where the whole country is looking at us and we need to perform. And everybody takes on this challenge.

“If you look at Pepi, he goes out and does his thing tonight,” Aaronson continued. “We’re all smiling. We’re just having a good time, and we just go out on the field and have a great time and just show our country what we can do.”

Pepi’s emergence is remarkable. The El Paso-born son of Mexican parents, he decided to commit to the U.S. in late August. The FC Dallas striker scored once and had two assists in last month’s 4–1 win over Honduras, then was the man of the hour in Austin. He stayed patient when service was lacking in the first half and then was absolutely ruthless when it finally arrived.

“Like I said, when I made my decision [to play for the U.S.], I was going to give my all to the team and that’s what I’m doing,” Pepi said.

“We’re just sitting there and we’re on the train,” Berhalter said. “It’s amazing. An 18-year-old gets an opportunity and takes advantage of it. What I really like is that he has this instinct and it’s really hard to teach that to players. He has an instinct to score.”

Success demands more than instinct, however. Pepi represents the final flourish. The buildup—the construction of a play that leaves a defense in disarray and creates that look at goal—is the product of decisions and cohesion that requires a lot to go right. There has to be a collective understanding both on and off the ball of what to do. There has to be commitment and then execution. That combination was elusive last month. But that meeting of the minds was there for the U.S. here in Austin, and Jamaica had no answer.