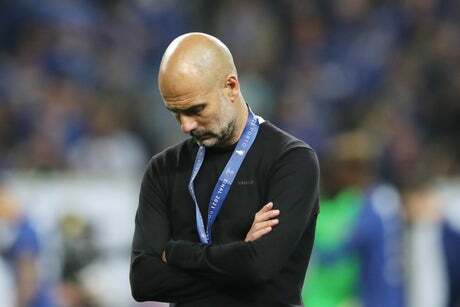 Pep Guardiola insists the Champions League Final defeat by Chelsea in May does not mean that Manchester City failed last season.

City won the Premier League title back from Liverpool last term and, as seems customary these days, lifted the Carabao Cup.

They also marched to the Champions League Final, and were particularly impressive in dismissing Paris Saint-Germain 4-1 on aggregate in the semi-finals.

That raised hopes of Guardiola bringing City the trophy they cherished but those dreams vanished as they were outplayed by Chelsea losing 1-0 to a Kai Havertz goal.

On Wednesday, City begin their quest to rule Europe again when they host RB Leipzig and on the eve of that Group A match, Guardiola said he was not dwelling on last season.

He said: "The first game in the group stage and we talk about the last stages? They are for those who deserve to be there.

"Every season is different. We made an incredible tournament last season but now we start the new one.

“People can say Man City was a failure but it was an incredible achievement last season, playing really well in many of the games and losing well against a big contender.”

Guardiola has learned to live with a perception he needs to win the Champions League to be judged a success with City.

The three-time Premier League-winning manager said: "I accept it. Every year is the same.

"If I win the Champions League I will be happy for the club. If I'm not able to do it, I'm not able.

"After, you can judge the success of my period."

City midfielder Rodri said the side were proud of what they had achieved.

He said: "We had a great season. It was the first time in our history we reached the final.

"We have no regrets. We will learn from this experience.