Manchester City manager Pep Guardiola has hinted that City’s capture of Erling Haaland doesn’t mean he will stay at the club beyond the end of his contract.

Guardiola’s deal expires at the end of next season and it is widely expected that he will extend his time at the Etihad. After Jurgen Klopp signed a new deal until 2026 last month and Haaland agreed a five-year-deal, the assumption is that the Spaniard would prolong his six-year-spell in Manchester.

However, speaking ahead of Sunday’s clash against West Ham, Guardiola insisted the £51m acquisition will still be happy even if he doesn’t remain at the club. “The players who come here don’t come to play for me, they come to play in this league and for this club,” said Guardiola.

PAUL GORST VERDICT: Jurgen Klopp becomes immortal but the best could be still to come for Liverpool

“It’s so important the people [fans], the way we play, the team we are, the city, where we are in the league, how we are expected to play in the Champions League the next seasons. Many things are involved. People come not just for a month or a year. Sergio [Agüero] came here and did 10 years, David Silva came here and did 10 years and Vincent [Kompany, actually 11] the same and Yaya Touré [eight years]. Many important players arrive here and stay a long time. How long depends if they are happy here.

“What we do is make them feel happy in the city, in the locker room, playing in the Premier League and many things. After that, who knows what will happen. But this is the idea.”

City are three points clear of Liverpool with just two games to play ahead of this week’s Premier League fixtures. With a goal difference seven better off than the Reds, Guardiola’s side are clear favourites but he is taking nothing for granted. He said: “Winning the Premier League is important. We mathematically need four points but we are going to play to win the first one and after then the second one against Aston Villa with our people when everything will be sold out [at the Etihad Stadium] in order to make three points and win the title. That is our only target. That is why it’s West Ham, West Ham and West Ham. Not the future, not anything else. The present is the most important.” 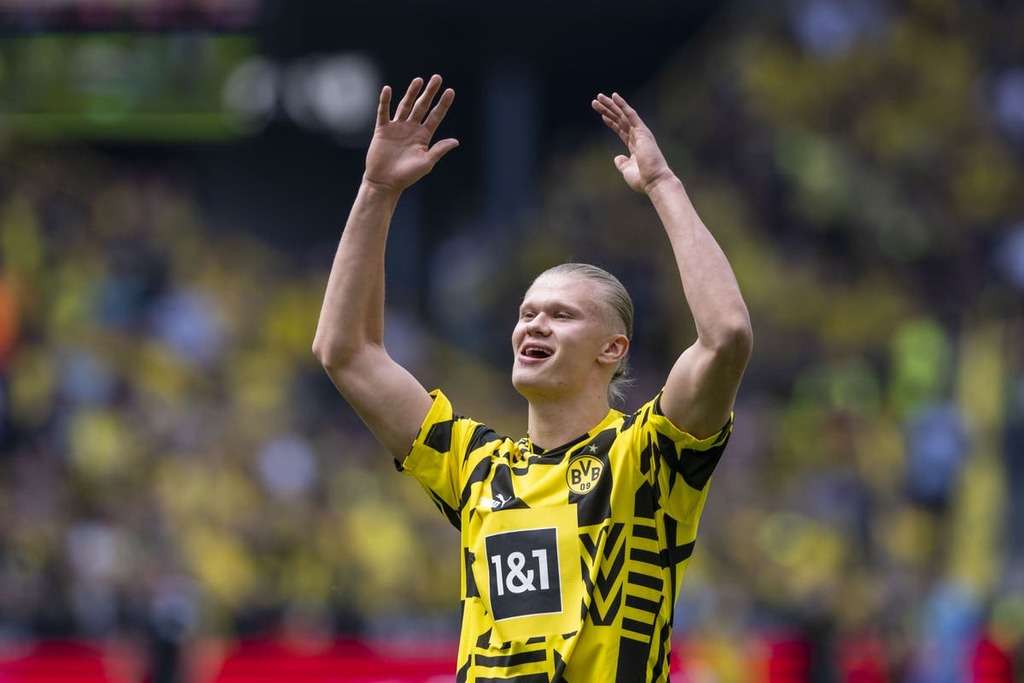 Pep Guardiola plays down his influence in Erling Haaland signing for Man City
Manchester City have won the race to sign the much-coveted striker.

Rumoured Chelsea transfer target Hugo Ekitike is reportedly being targeted by Borussia Dortmund to replace Erling Haaland, who will join…

Your Manchester City evening headlines for Thursday, May 12 with Erling Haaland's impending arrival dominating the talk around the Etihad.