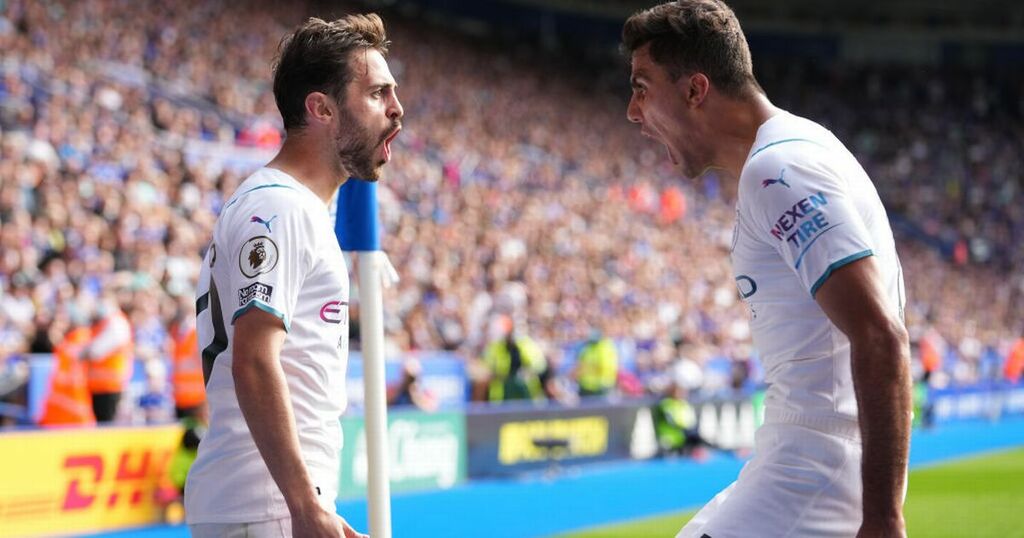 The Manchester City manager was full of praise for match-winner Bernardo Silva, who has bounced back from the disappointment of not landing a move back to Spain or Portugal in the summer and is playing at the level he reached when he inspired City's 2018-19 title triumph.

But he pointed out that Bernardo, who was switched to the left in the second half in a canny move by Guardiola to link up with new boy Jack Grealish and raiding left-back Joao Cancelo, had made the difference.

"He played very well in the last two games, and the connection with Jack and Joao was brilliant," said Guardiola.

"We suffered sometimes because they defended deep and counter-attacked and with (Kasper) Schmeichel they have the quality to put the balls in the right spots.

"It is difficult with Vardy in behind. Always we suffer against Leicester."

HAVE YOUR SAY: Give us your opinion on City's win in the comments section.

Bernardo asked for a transfer in the summer, for the second year running, but it did not come off with cash-strapped Spanish clubs unable to raise the cash.

But the player has knuckled down and begun the season well for the Blues, and the travelling City fans were heartily singing his name after he snapped up the rebound when Cancelo's shot cannoned into his path.

Guardiola can take some credit, as it was his tactical switch, which overloaded the City left flank, with Ilkay Gundogan swapping places with Bernardo.

"Now before the wingers always played right-footed right side, and left-footed left side, but now we have a tendency to play right-footed on the left. Now we have to have one on the natural side to be more effective in the final third."