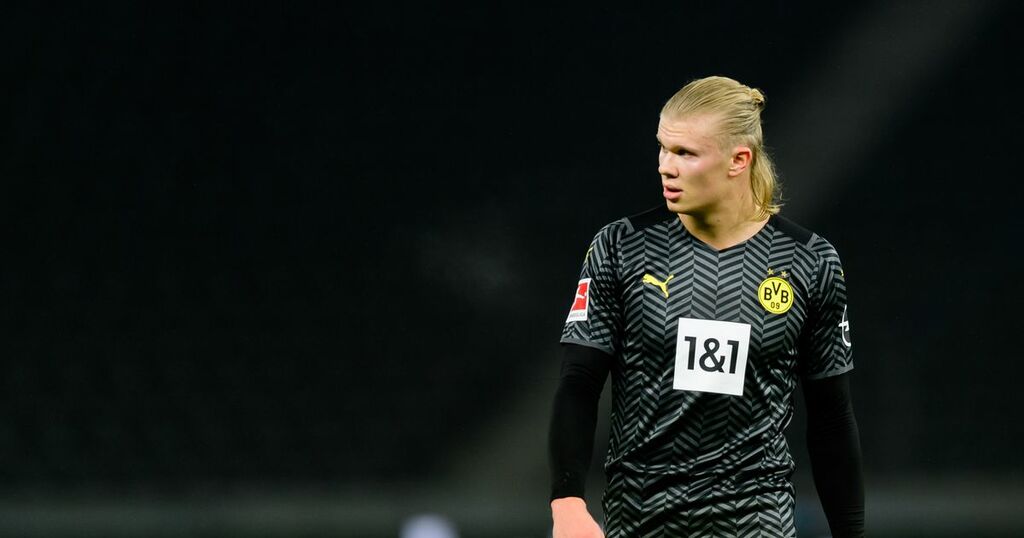 Welcome to the latest edition of the City Is Ours daily round-up, where we take a look at some of the Manchester City stories you might have missed.

Pep Guardiola has reportedly told Man City what he expects from them this summer in regards to the pursuit of Borussia Dortmund goal machine Erling Haaland’s signature.

The Premier League champions have been linked with Real Madrid’s stand-out player this season - a man apparently viewed as a direct replacement for Ferran Torres.

And finally, former Arsenal hero Paul Merson highlights a key difference that will all but surely keep the Premier League trophy at the Etihad Stadium.

City’s search for a striker has been done to death over the past year. Despite failing to secure Harry Kane from Tottenham in the summer, Pep’s side have hardly struggled as they currently sit 10 points clear at the top of the league. But it would come as a surprise if City don’t go for a striker, with Haaland the name on everyone’s lips.

Spanish outlet AS reports Guardiola has asked City to make a definite effort to sign the Norwegian, whose preferred destination remains Real Madrid. Of course, the Madrid-based sports daily would say that, wouldn't they?

Our verdict: City fans may be disheartened overall by that report but there are several things to consider here. Firstly, Real Madrid have been linked with just about everyone. The likes of Kylian Mbappe have also expressed his desire to play in Spain and it would be highly unlikely the LaLiga giants will get both unless they get rid of several players.

Another thing to factor in is the fact City and Pep rarely go beyond a sensible valuation in any deal. Take the Kane situation for instance - they bid what they deemed appropriate then left as soon as terms could not be agreed around that mark. Haaland seems like the guy they should really push the boat out for, however.

Vin it to win it

Despite only being at the club for a fairly short period of time, City sold Ferran Torres to Barcelona and reports suggest the Spain international's replacement might be found in LaLiga.

According to El Nacional, City are keen on signing Real Madrid sensation Vinicius Jr. The article says every big club in Europe has taken notice of his performances and has become a key target for many, including the Premier League champions.

Our verdict: Vinicius has been incrediblethis season, with 15 goals and nine assists in 27 games. Although many would consider this a no-brainer as the Real Madrid man is one of the hottest prospects in Europe, there may be some 4D chess being played.

If Vinicius is sold to City, that would free up the wage bill and leave a vacancy at Real Madrid which will almost certainly be filled by Haaland. City will need to prioritise who they really want this summer and take it from there.

And, again, when it comes to fun and games from Spain, we should consider the Catalan-based El Nacional revelling in sowing some discontent at the Santiago Bernabeu.

Love bites and everything... again

After Liverpool endured a stalemate in the first leg of their Carabao Cup semi-final against Arsenal on Thursday evening, former Gunners legend Merson gave his verdict on why Jurgen Klopp's AFCON-hindered side struggled.

Our verdict: It's hard to argue. City have been blessed with not only strong financial backing, but also a manager who knows exactly how to spend the money on players who can make a difference throughout the season. The advantage of City’s squad depth and balance is there for all to see.

Who do you want City to sign? Let us know your thoughts in the comments section