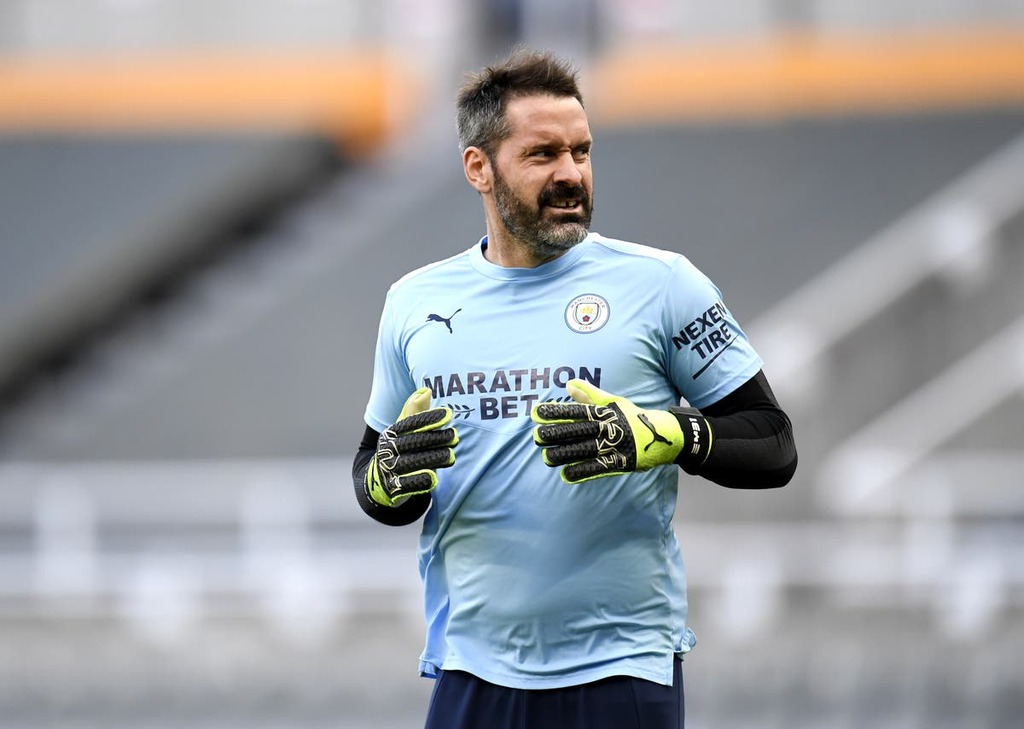 Pep Guardiola is confident third-choice goalkeeper Scott Carson will be ready for Manchester City’s clash with Leicester on Saturday if required.

The Premier League champions are unsure if number one Ederson will be available for the trip to the King Power Stadium amid a row involving English clubs, the Brazilian football federation and world governing body FIFA.

City manager Guardiola already knows Ederson’s regular deputy Zack Steffen is unavailable after he tested positive for coronavirus while on international duty in the United States.

The situation could see former England keeper Carson, 36, thrust back into top-flight action.

Carson joined City permanently in the summer after spending two seasons on loan at the Etihad Stadium as cover.

He has made just senior appearance for the club, in a Premier League match at Newcastle in May after the title had already been won, and that had been his first in the English top division in a decade.

Guardiola said of the former Liverpool, Aston Villa and West Brom keeper: “About Scott – he is in our squad because he is able to play. I am fully confident.”

City were unsuccessful in their attempt to sign a top-level striker to replace the departed Sergio Aguero in the summer.

A long pursuit of Tottenham and England captain Harry Kane proved fruitless and the club decided against a deal for Cristiano Ronaldo when a surprise opportunity presented itself before the transfer deadline.

Guardiola was unwilling to discuss whether or not he was frustrated with how the Ronaldo situation unfolded.

“The transfer window is closed,” he said. “The subject is over until the wintertime.”

Asked if he had spoken to Ronaldo, Guardiola said at a press conference: “It’s not my business to talk with the players. They are players from other clubs.”

Without a new centre forward, Guardiola has again deployed winger Ferran Torres in the position in the opening weeks of the season.

The 21-year-old has acquitted himself well and scored twice in the 5-0 thrashing of Arsenal a fortnight ago.

That performance led to Guardiola likening the Spain international to Leicester’s Jamie Vardy but he insists he was not making a full comparison between the two.

He said: “I didn’t compare Ferran Torres with Jamie Vardy. I said Ferran has quite similar movements.

“Ferran has to eat a lot of soups at dinnertime to be compared with Jamie Vardy and what he has done in his career.

“One is 33, 34 years old and Ferran is only 21-22. Ferran is just at the start and Vardy has done amazingly, outstanding.