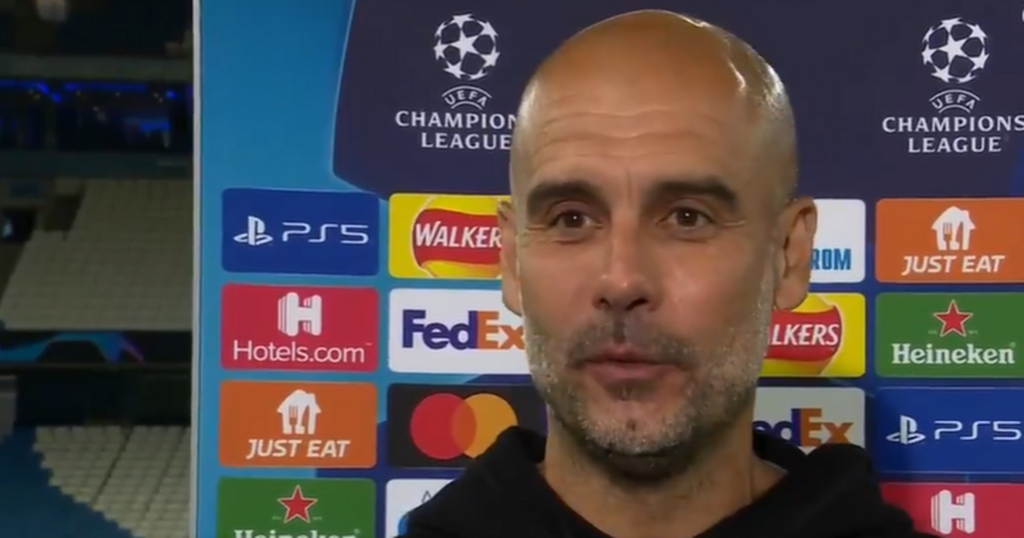 Pep Guardiola has asked for more Manchester City fans to come to the Etihad for Saturday's match against Southampton.

City made it four wins on the bounce on Wednesday as they returned to Champions League action in style with a 6-3 victory over RB Leipzig.

The Blues made it harder than it needed to be as a Christopher Nkunku hat-trick kept the Germans in the game, but goals from Nathan Ake, Nordi Mukiele (an own goal), Riyad Mahrez, Jack Grealish, Joao Cancelo and finally Gabriel Jesus secured the three points.

With the restart of Europe's top competition, the games are now coming thick and fast and City will be back in Premier League competition on Saturday when they face Southampton.

Guardiola has pleaded for City supporters to turn up in force for the match to help drive the team on to win.

"I would say the last three games we played here we scored 16 goals," Guardiola told BT Sport. "So I would like to come more people next game on Saturday, we need the people next Saturday. Please.

"We will be tired. I know the team from Ralph [Hasenhuttl, Southampton manager] is quite similar to the way they play. They are so, so dangerous with good quality and it's a really important game for us.

"So I invite to all our people to come next Saturday, 3pm, to watch the game."

While the nine-goal thriller may have been exciting for fans, it was a stressful watch for Guardiola as Leipzig repeatedly got back into the game up but he was happy with how his team always scored immediately after the Bundesliga side had pulled one back.

"They never give up. They have a special way to attack. They play all or nothing," he added.

"Against Leipzig, you never have the feeling that it's over. I would say it was an incredible compliment for the team.

"We knew it and they respond really well but after 2-1 it immediately went 3-1, after they score 3-2 we make it 4-2, we scored a few minutes after they scored and that helped us a lot."