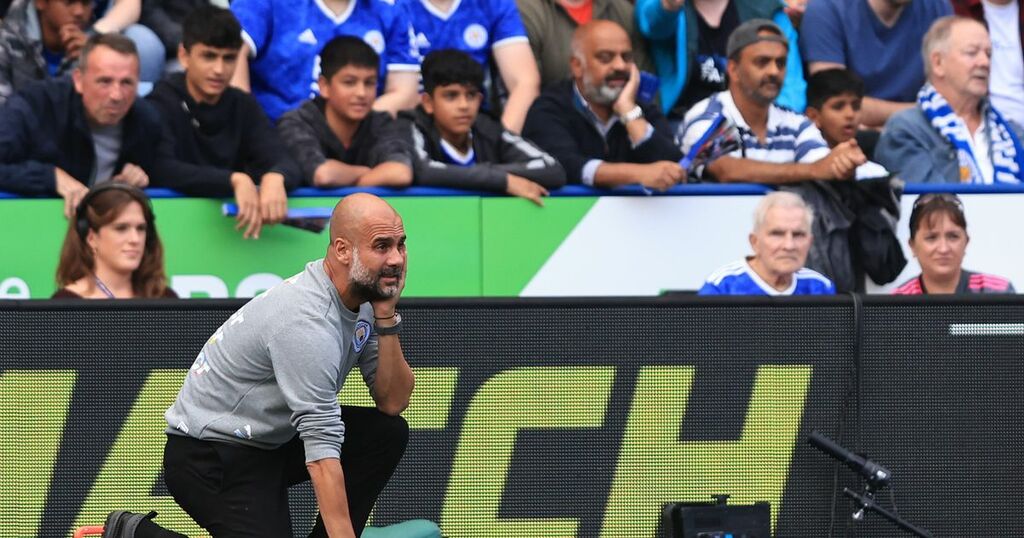 Manchester City secured an impressive 1-0 away victory against Leicester City yesterday, but was the match more difficult than it needed to be?

Bernardo Silva’s close-range finish was the only goal of the contest against Brendan Rodgers’ determined Foxes.

Consecutive 5-0 victories over Norwich City and Arsenal appeared to have restored City to the goalscoring machines of 2018 and 2019.

However, just like their 1-0 defeats to Leicester in the Community Shield and Tottenham Hotspur on the opening day of the season, their finishing eluded them.

While he was thrilled with his side’s performance against the Foxes, Guardiola did draw attention to his side’s bluntness in front of goal in his post-match interview.

“We played really well from the first minute,” said Guardiola.

“After the international break, you always have doubts.

“We were a high level again for three weeks in a row.

“We had many chances and could have scored more goals. This is a step we still need to take.”

City's 11 goals in three matches does not paint the picture of a side lacking shooting boots and creativity.

However, Norwich City’s poor defending and Arsenal’s collapse after going down to 10 men could almost reduce those results to mere anomalies – after all, there will be very few defensive displays worse than those.

While the goalscoring burdens at Manchester United, Liverpool, and Chelsea will likely be carried by Cristiano Ronaldo, Mohamed Salah, and Romelu Lukaku, City have shared their goals around.

Can Manchester City retain their Premier League title? Comment below

“It’s the only way to sustain our level.

“{Bernardo Silva] is back in the best form and mentality. He is an exceptional player, and we know it.”

City’s goalscoring pass the parcel would be a pretty picture if it was not splurged by their worrying conversion rate.

Their 25 shots, eight attempts on target, and one goal against Leicester is not a pleasing yield in a Premier League title race which could very well be decided by goals scored.

Meanwhile, Lukaku and Ronaldo both hammered home their first braces since returning to Chelsea and United respectively.

You could not blame Guardiola if he has cast a jealous eye over at his rivals’ clinical finishers in recent weeks.

Especially so after his side’s long and public pursuit of Harry Kane ended with the England captain remaining at Tottenham.

Gabriel Jesus and Ferran Torres have started brightly with three goals and four assists between each other.

Yet does their mere presence fear central defenders to the point they pull midfielders back and full backs inwards?

Sergio Aguero used to strike terror like this, but he can now be found waiting for Barcelona ’s team gym to open instead of leading City to titles.

Guardiola has many weapons in his arsenal, but he lacks the ruthless, explosive finish of his rivals.

City will be keeping tabs on Kane’s situation and may even make another move for the England captain in January, but most likely next season when the striker turns 29.

They will also be fighting amongst Europe’s elite when Erling Haaland ’s £68million release clause becomes active next season.

The imperious Norwegian provided a timely reminder of his talents when he scored a brace in Borussia Dortmund’s 4-3 away victory against Bayer Leverkusen on Saturday.

City will be hoping his father, former City star Alf-Inge Haaland could perhaps put a good word in for the Citizens, but those kind words into his son’s ear could cost up to €40m in agent’s fees alone.

In the past Guardiola has looked down upon sides reliant upon the goalscoring exploits of one or two players.

How he would wish he was in charge of that side, if Lukaku, Ronaldo, or Salah fire their sides’ to Premier League glory this season.