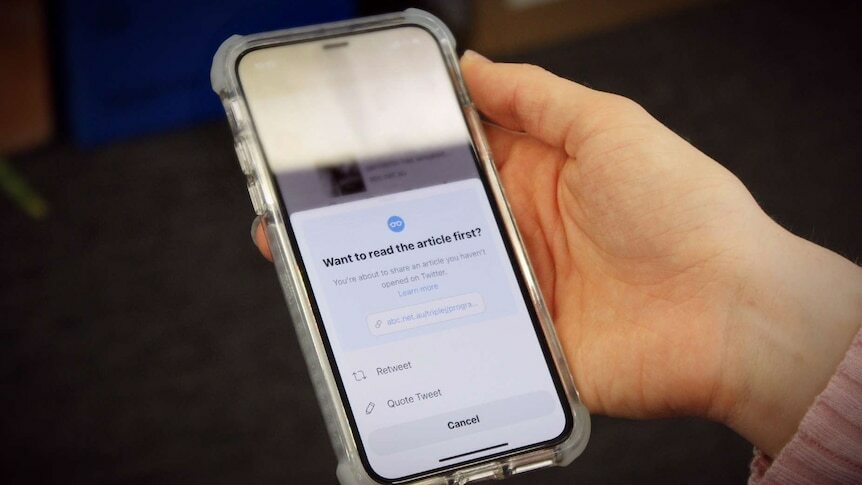 More than 30 per cent of people who actively seek fact-checked information have shared misinformation themselves, a new study suggests.

Undertaken by researchers from RMIT FactLab, a research partner of RMIT ABC Fact Check, the study found that subscribers to a fact-checking email newsletter remained susceptible to sharing possible misinformation, despite rating themselves as highly capable of differentiating misinformation from accurate information.

Lauren Saling, one of the authors of the study, which was published in the peer-reviewed journal PLOS ONE, said the results were surprising.

"One would expect that people who are concerned about fake news and misinformation and actively seek fact-checked information would be unlikely to share information of which the veracity is unknown to them," Dr Saling, a lecturer in psychology at RMIT University, said.

Around 1,400 subscribers to CoronaCheck, a weekly email newsletter from RMIT ABC Fact Check, participated in the study. The majority said they subscribed to the newsletter in order to seek out accurate information or because they were concerned about misinformation.

"While subscribing to a fact checking newsletter such as CoronaCheck likely sensitises individuals to the importance of information accuracy, this is clearly not sufficient to prevent individuals from sharing possible misinformation," the researchers noted.

"It therefore appears that, even for this cohort, a more explicit intervention is required to deter misinformation sharing."

According to Dr Saling, men were more likely to share misinformation, as were those who reported a lower belief in science.

Among the reasons for sharing misinformation, 12.4 per cent did so for entertainment value, 35.7 per cent because the information seemed interesting and 38.3 per cent to get a second opinion.

Dr Saling noted that while possible misinformation was often shared in order to seek an opinion about its veracity rather than to mislead others, it was still "very problematic" and risked engendering false beliefs in others.

"The fact that the subscribers shared information of questionable accuracy suggests that people are not aware of how problematic sharing possible misinformation and fake news is."

Russell Skelton, the director of RMIT ABC Fact Check, said the survey shone a light on the urgent need for greater media literacy amongst people who rely on social media platforms such as Facebook, Instagram and TikTok to stay connected.

"We know that a majority of news consumers in Australia absorb the news from social media rather than the legacy media outlets, a trend that has fuelled the waves of misinformation around the COVID-19 pandemic and which threaten public health and safety," he said.

Equipping social media users with the skills to be far more discerning in what they chose to share, as well as teaching the basic skills to sort fact from fiction was an "ongoing challenge", according to Skelton.

"We also need to know more about why people share misinformation and the impact of that. This survey is a first step."

Ellen McCutchan is the editor of CoronaCheck