‘People think pilots are murderers because we brought back the virus’: Taiwan’s Covid scapegoats 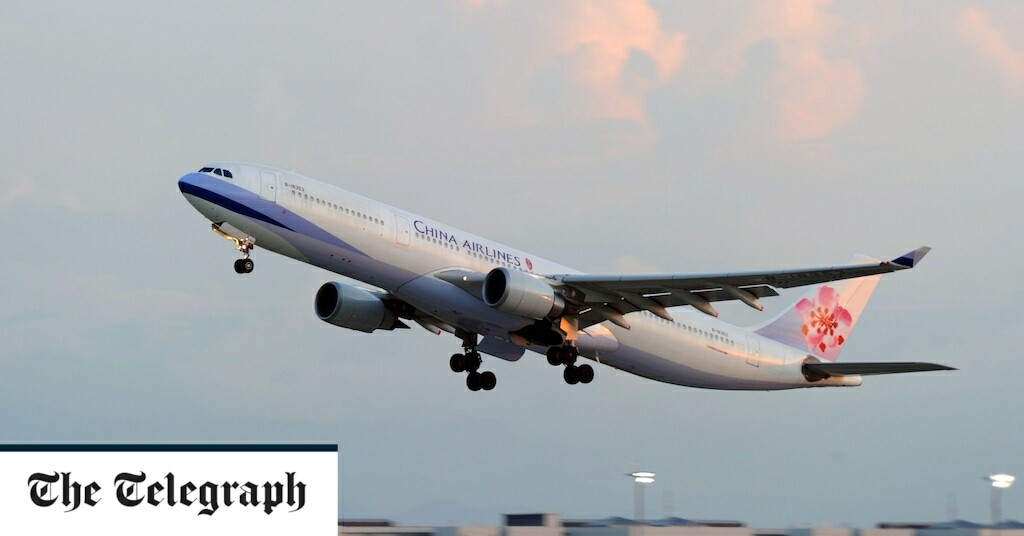 Taiwan’s pilots and aircrews were once admired for their glamourous lifestyles, and feted for operating the flights at the heart of the island’s export-heavy economy.

Now, “imprisoned” by back-to-back quarantine, and isolated from their families, their globe-trotting profession also makes them social pariahs in the eyes of a public that has largely been protected from Covid-19.

Parties, restaurants, gyms and even a trip to the beach with their children are all forbidden for flight crews under some of toughest quarantine rules in the world.

This week, pilots working for Taiwanese airlines warned the toll of 18 months of severe pandemic restrictions had been so damaging to physical and mental health they feared it could compromise flight safety.

“People are trying to not leave each other alone in the cockpit,” one pilot told the Telegraph, describing the exhaustion of being indefinitely deprived of a normal life, while facing rising online hate.

In an online pilot chat group ahead of a Thursday meeting between union representatives and Taiwan’s Civil Aeronautics Administration and Centres for Disease Control, crew members pleaded for safety concerns to be raised.

“Among almost 3,000 pilots some may be depressed and bullied to the point of doing fatal mistakes, if not intentionally? How can I make sure that the colleague next to me won’t be the next Germanwings case,” read one message, referring to the 2015 tragedy when a co-pilot on the German airline deliberately crashed a plane into a mountain.

The severe coronavirus outbreaks ravaging much of Asia has left Taiwan on edge, prompting the government’s Central Epidemic Command Centre (CECC) to tightened rules for aircrews to prevent the more contagious Delta variant from breaking through.

The regime begins with layover flights, where long haul airline crew are monitored by their electronic hotel key to ensure they don’t leave the room until the journey home.

During this period, they must avoid public transport, crowded spaces, group activities and venues that include hospitals, malls, children’s playgrounds, restaurants, places of worship and events such as weddings or concerts, all of which renders regular family life impossible.

The Telegraph spoke to several pilots and their family members, local and foreign, about the impact of  indefinite isolation. All requested anonymity to avoid a backlash, and did not wish to name their airlines, who they did not blame for the crisis.

They had decided to speak out not only due to fears that depression could lead to a “catastrophic” event but to counter the growing vilification of their once-respected profession by the public and local media, despite the personal sacrifices of airline staff.

The pilot community believes it has been scapegoated after three Covid-19 outbreaks since December – including a small Delta variant cluster last week – were linked to flight crews.

Airline employees claim rising discrimination, including incidents of schools asking their children to stay home and healthcare facilities refusing to treat them. One pilot reported a colleague had suffered a suspected broken foot for months as he could not get admitted to hospital.

Once proud of their jobs, many no longer admit publicly to their profession.

“You feel ashamed of being a pilot here in Taiwan,” said one. “I’m not going to say I’m a pilot. I feel like I’m hiding, like a thief,” he said.

“People are thinking the pilots are murderers because we brought back the virus,” said another crew member, describing a “witchhunt” atmosphere, fuelled by online hate and bullying, including comments wishing death on pilots.

Constantly shifting rules have left crew confused and nervous that “the slightest violation can cost our jobs,” said the pilot. “We just need to know what is the way out because right now we don’t see any hope.”

Taiwan, an island of 24 million, has been globally championed for its robust pandemic response, which has kept cases down to about 16,000 and deaths at 837 through tight border controls that impose 14 day quarantines on all arrivals.

The government’s success has raised the political pressure to meet high public expectations and placate fears of a serious outbreak while the majority of the population remains unvaccinated.

Despite the pandemic, exports have remained strong over the past year, raising economic growth forecasts for 2021 to 5.88 per cent. About half of shipments are transported by air.

Cargo flights operated by the two main carriers EVA Air and China Airlines bring in vital supplies like food and vaccines, and remain crucial to the global supply chain of semiconductors.

But the tide of public opinion began to turn against airline crew in December after a Covid-positive New Zealand pilot working for EVA broke the island’s 253-day streak of no local transmissions. He was later fined £7,900 by the authorities and fired from his job for failing to disclose his contacts and activities.

The breach resulted in a tiny cluster of four people, but the public was still infuriated. Pilots were also frustrated that they were widely castigated as a group of privileged rule-breakers.

“They have done an incredible job at keeping the virus out but unfortunately people see one or two slipups as failure, rather than see thousands and thousands of flights as a success,” said one pilot’s wife.

Taiwan’s largest outbreak of the pandemic in May and resulting three-month lockdown was initially believed to have been triggered by a cluster at an airport quarantine hotel for China Airlines flight crews.

Chen Shih-chung, the health minister, clarified in August that the cluster had not spread to the community, but not before another wave of public anger had been unleashed on airline staff.

“The worst part is the constant media persecution, everywhere you read ‘its the pilots, the pilots!’” said another spouse, adding that she was regularly being scrutinised by parents at her child’s school. “We’re being attacked constantly, pointed at constantly,” she said.

Another blow to staff morale came last week after 55 pilots and flight attendants and their families were quarantined in state facilities after three pilots and one’s teenage son were found to be infected with the Delta variant, resulting in the closure of a high school and 2,855 tests.

Photos leaked to the local media showed bleak rooms with opaque windows, dirty floors and dead insects. For already demoralised pilots, the order to bring their families was a step too far.

The impact of restrictions on family life was creating desperation, said one pilot who spoke of a colleague who had cried in the cockpit because he was barred from seeing his newborn.

But he said staff were afraid to admit to the pressure in case they lost their jobs. “The company is trying to tell us there is a psychiatrist if we want to talk about it. Of course, nobody wants to talk about it,” he said.

Pandemic-related mental health issues are not unique to Taiwanese airlines, nor are the challenges of addressing them.

In June, the Lived Experience and Wellbeing Project at Trinity College, Dublin, which studies the link between aviation worker wellbeing and flight safety, warned that airlines were overlooking mental health in the scramble to get planes in the air again.

In an August 2020 survey of more than 2,000 aviation workers, it found that they had suffered moderate anxiety and depression more than the general population during the pandemic.

“However, the culture in aviation means pilots cannot speak openly - stigma, loss of license, loss of earnings - and avail of the same supports as the rest of the population,” said Dr Joan Cahill, the report’s principal investigator.

“We have established health monitoring processes for aircraft – but not for our people,” she said.

The Telegraph contacted the CAA, CECC and the Taiwanese airlines.

A CAA spokesperson said the body was aware of the mental stress facing pilots and in active talks with the CECC and pilots’ unions on how to improve conditions, snuff out public misconceptions and rearrange working schedules to allow more quality family time.

“The CECC commander is aware of the seriousness of this, and they are trying to find a better way that would be able to balance the mental health of pilots and also the economic export of our country,” she said.

EVA said it was supporting staff in substandard quarantine facilities and “optimising our schedule and method of dispatching flights to relieve some of the physical and mental health stresses our air crews may be experiencing.”

It said it had offered pilots professional counselling sessions and extended leave for mental or physical health reasons. “We also sent a letter to every member of our air crews, thanking them for their tremendous efforts and sacrifices,” the company said.

China Airlines also thanked its pilots. “The physical and mental well-being of pilots is important to China Airlines. A caring team was set up to actively reach out and support pilots put at risk during the line of duty whether they are currently in quarantine or continuing to fly,” it said.

It said it was “remaining vigilant at all times. As aviation safety is our top priority, we strive to ensure the physical and mental wellbeing of every crew member.”