People power needed to get Tiny's movie The Choice on air 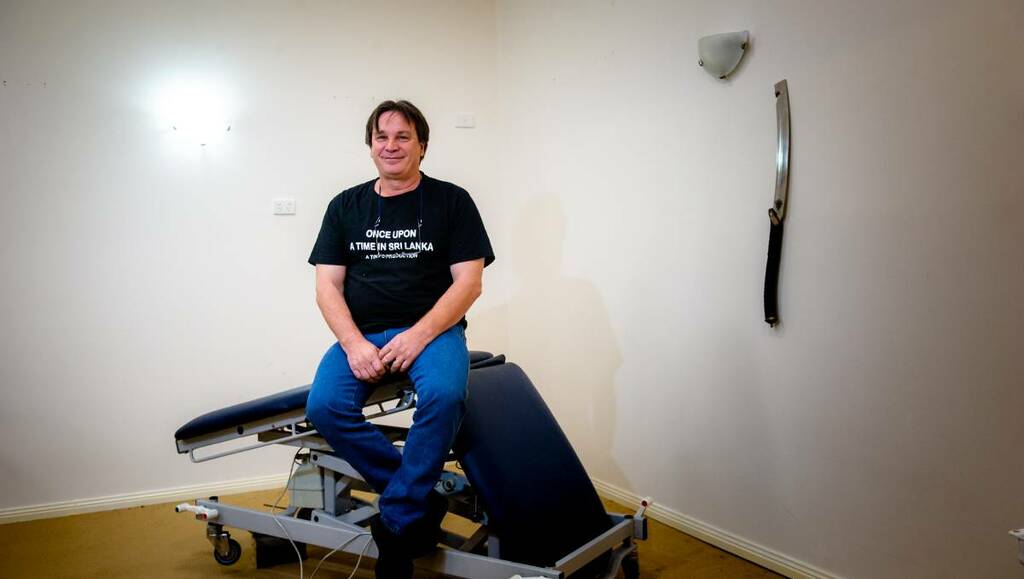 It's one thing to want to make a movie in the suburbs of Canberra.

It's another thing to actually complete it and create something that is truly cinematic.

It should come as no surprise that Canberra's Goran "Tiny" Srejic has achieved just this, his first feature film, The Choice, in the can and looking for an outlet to screen it.

The former co-owner of The Green Shed has always dared to dream big. His personal motto is "If you can, you should".

And with his first feature film, he could and he did.

The movie was shot at his home in Melba last year.

The Choice is about a hard-working young dad who is diagnosed with a rare brain tumour. The doctors have discovered, however, it gets smaller at night.

He's given a choice: be put in an induced coma for 25 years and then live out the rest of his life peacefully, or die, untreated, within a decade. Does he want to enjoy life now with his wife and daughter or later, when his daughter may not even remember him. What would you do?

Tiny hopes enough people will view the trailer and share it as much as possible on social media, building momentum and, hopefully, persuading one of the behemoth streaming services such as Netflix or Stan to show it.

It's all about people power pushing the trailer, which hints at just how good The Choice has turned out.

"Everyone always says,'Oh my god! It's so much better than I thought it would be'," he said, with a laugh.

"Now, here's the challenge. Because I don't have any contacts for Netflix or Stan or any of those, all I need is for somebody [in the companies] to see it and say, 'Yes or no'.

"I know it will work on something like Stan or Netflix and I know it's unique. There's no other film in the world that gives you that choice."

Tiny is proud to achieve what he set out to do.

"When you're a goal-setter, you see the end result," he said.

"I get excited when I get the idea and then everything catches up, like actually doing it. It's like someone who 100 per cent thinks they are going to win an Olympic gold medal. They are already there in their head. Everything else is just doing it to get there."

Tiny is already on to his next two films - one a horror film that he says is like a mix of Saw and Se7en and a clash of cultures comedy called Once Upon a Time in Serbia.

The latter is a project close to his heart - Serbian-born Tiny first migrated to Australia when he was five but has maintained close ties with his home country.

He and his wife Elaine have even built an amusement park in Serbia.

"So Once Upon a Time in Serbia, that's the next one," he said.

"I was supposed to be in Serbia this week but with COVID and all the other stuff, they couldn't let me through.

"That starts filming in February. We've got a cast and crew of 600 on that one.

"This is just a fun drama, comedy. It's about a young couple who have been dating for three years. [Australian] Ellie's been asking [Serbian] Nick to meet his parents for three years and he's been constantly avoiding the question."

Turns out Nick's parents want him to marry a Serbian girl but will consider Ellie if she agrees to live with Nick's grandmother for three months in their little village in Serbia. Cue the culture-clash comedy.

"It's one of these fun adventures when she's got to learn all the culture, all the customs, put up with all the superstitions and then the drama is when she befriends people in a nursing home and ends up saving the nursing home," Tiny said.

"There's just a lot of fun, some singing, and a lot of characters, so that's why we need 600 cast and crew for that one. From the first minute to the last minute, it's hilarious."