People on State Pension could be due back payments of up to £8,900 from the DWP 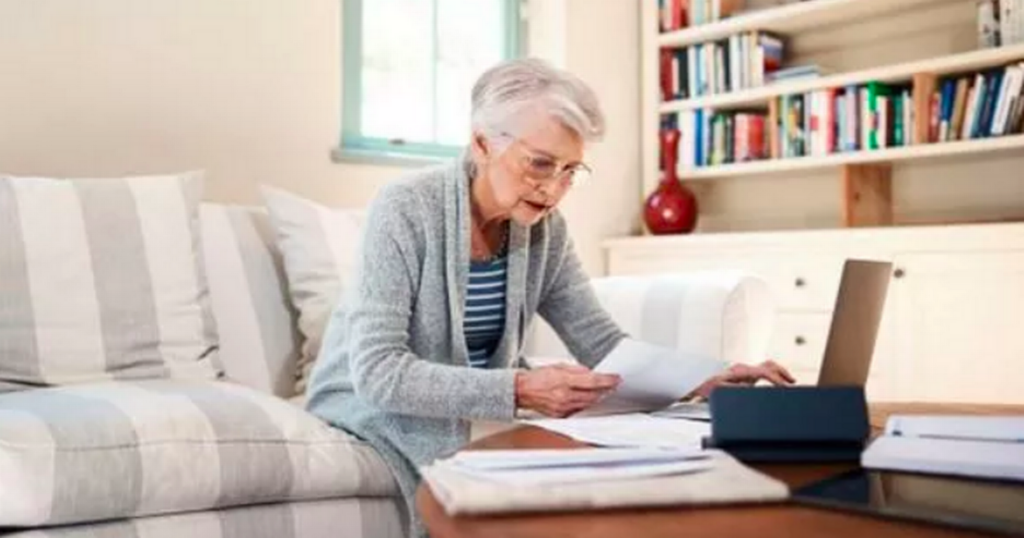 More than £1 billion-worth of State Pension has been underpaid due to repeated human errors which were almost inevitable amid complex rules and outdated IT systems, a spending watchdog has said in a new report.

The Department for Work and Pensions (DWP) estimates that it underpaid 134,000 pensioners and those it can trace will be paid an average of £8,900, the National Audit Office (NAO) said.

Most of those affected are likely to be women and the true value of the underpayments will only become clear once the DWP has completed its administrative review of all cases, the watchdog added.

An estimated £339 million will go to pensioners who should have benefited from their spouse's or civil partner's National Insurance (NI) record.

Some £568 million will go to widows and widowers who should have inherited more State Pension entitlement from their deceased partner.

And a further £146 million is to be paid to pensioners who should have had an increase in their pension on their 80th birthday.

Helen Morrissey, senior pensions and retirement analyst at Hargreaves Lansdown, said: “There is an expectation that the State Pension you receive is what you are entitled to but in this instance, this was clearly not the case. A combination of manual error and a complex system means thousands of women have missed out on payments that could have made a real difference to their standard of living in retirement."

She added: “ Many of these women had no idea that they were even entitled to a higher pension and so did not ask about it and while the DWP has begun making repayments it is likely going to take some time before all those affected have been identified. Anyone who believes they might be affected should contact the Department for Work and Pensions.”

Meg Hillier, chair of the Committee of Public Accounts said: "Although it is positive that DWP is now working to put this right, this is not the first widespread error we have seen in DWP in recent years. Correcting these errors comes at great cost to the taxpayer.

"DWP must provide urgent redress to those affected and take real action to prevent similar errors in future."

The errors affect pensioners who first claimed State Pension before April 2016, do not have a full NI record, and should have received certain increases in their basic State Pension.

The DWP started exploring the "potential for error" from April 2020 and confirmed that there was a significant issue in August 2020. It started to review cases from January 2021 and will contact pensioners if it finds that they have been underpaid.

Errors happened because State Pension rules are complex, IT systems are outdated and unautomated, and the administration of claims requires a high degree of manual review and understanding by case workers, the NAO said.

"This makes some level of error in the processing of State Pension claims almost inevitable," it added.

The NAO added: “Caseworkers often failed to set and later action manual IT system prompts on pensioners' files to review payments at a later date, such as for when people reached State Pension age or their 80th birthday.”

Frontline staff found instructions difficult to use and lacked training on complex cases, according to the findings.

The DWP does not have a means of reviewing individual complaints or errors, such as how many people are complaining about the same issues, to assess whether the errors have a systemic cause.

Quality assurance processes focused on checking changes to case details, such as a change of address or the death of a spouse, rather than the overall accuracy of the payments, the NAO added.

In January 2021, the DWP started reviewing cases at risk of underpayment - an exercise originally expected to take over six years to complete, however, following a decision to recruit additional staff, it revised the completion date to the end of 2023.

Between January 11 and September 5 2021, the DWP reviewed 72,780 cases it had identified as being at risk of having been underpaid or who contacted it querying their payment, and paid a total of £60.6 million of arrears to 11% of these cases.

The DWP is prioritising individuals who fall into "at risk" categories, such as those who are widowed or aged over 80.

The DWP does not know how many pensioners who have died have been underpaid as, for data protection reasons, it does not usually keep records for more than four years after a pensioner's death, and if married, their spouse's death, according to the report.

As at August 2021, the Department had not approved a formal plan to trace the estates of deceased pensioners.

Gareth Davies, the head of the NAO, said: "The impact of the underpayment of state pension on those pensioners affected is significant.

"It is vital that the Department for Work and Pensions corrects past underpayments and implements changes to prevent similar problems in future."

The report said that Sir Steve Webb, a former pensions minister, and ThisIsMoney.co.uk had provided the DWP with examples of underpayments.

Sir Steve, who is a partner at consultancy LCP (Lane Clark & Peacock), said: "This report highlights the fact that DWP failed to act over a period of many years when errors were found in state pension assessments.

"Tens of thousands of married women, widows and the over 80s have been underpaid, with arrears in some cases exceeding £100,000.

"It is very worrying that errors are still being made as part of the correction exercise, where the highest standards of quality control should be in force."

He continued: " DWP also needs to do everything it can to track down the families of pensioners who have sadly died and never received the pension they were due. We now need full transparency from DWP about the correction process, with regular updates and a full explanation of exactly which cases are being reviewed.

"It should also explain how these errors were allowed to go on for so long and what lessons have been learned. There also needs to be a clear plan to help families where the person who was underpaid died more than four years ago where DWP no longer holds records."

A DWP spokesperson said: "We are fully committed to ensuring the historical errors that have been made by successive [UK] Governments are corrected, and as this report acknowledges, we're dedicating significant resource to doing so. Anyone impacted will be contacted by us to ensure they receive all that they are owed.

"Since we became aware of this issue, we have introduced new quality control processes and improved training to help ensure this does not happen again."

How to make a claim

A phone call to the pension service is the quickest way to find out if you are eligible for a State Pension refund.