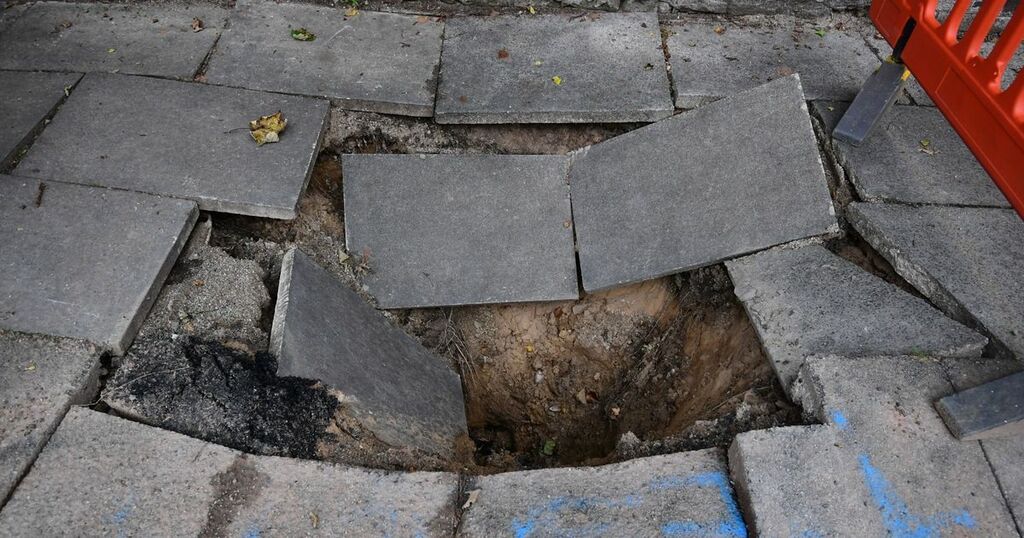 A woman rushed to the aid of a pensioner who fell on a road where a large 'sinkhole' had appeared.

The hole, which appears to be around two metres long, sits in the middle of the pavement on Blundellsands Road West in Crosby.

"I picked an elderly lady up off the floor who had fallen while trying to cross the road to avoid this crater. I found her sitting on the kerb when I was driving past.

"Something needs to be done about this ASAP, especially as there are only two barriers around it."

The ECHO understands the woman did not sustain any serious injuries.

Another social media post described the pavement as having a "huge sinkhole" in it.

The exact cause of the hole in the ground is unknown, however such cavities are usually created by erosion and the drainage of water, and/or building works.

A spokesperson for Sefton Council said: “We have been made aware of a highway defect on Blundellsands Road West, Crosby and contractors have been asked to attend.

“They will carry out an inspection of the carriageway and ensure the area remains safe before undertaking any subsequent necessary repairs.”