Penrith's long run of dominance has rolled on as they halted North Queensland's NRL streak of six straight wins with a 22-0 defeat of the Cowboys at Bluebet Stadium.

In another clinical night for the Panthers, the hosts dominated ball, territory and the scoreboard to ensure a four-point lead at the top of the table entering the representative period.

Dally M leader Isaah Yeo was again Penrith's best, while Jarome Luai impressed and Nathan Cleary ran the game with ease in their last match before State of Origin.

The only concern for NSW coach Brad Fittler could be a potential late shoulder charge from five-eighth Luai on Scott Drinkwater.

And while their heavy Origin contingent means Penrith will be hit hard in the next two months, the question remains: can anyone challenge the Panthers in 2022?

Only Parramatta have beaten Penrith in the opening 12 rounds, but the Eels have otherwise struggled for consistency.

In comparison, Penrith have easily dispatched of second-placed Melbourne, seventh-placed Sydney Roosters and third-placed North Queensland in the three weeks since that loss.

Their first try on Friday night came through Yeo when Apisai Koroisau darted out of dummy-half and put the lock through to score.

The next came when Izack Tago broke down the left edge after some nice work from Viliame Kikau and Jarome Luai, before a speculator pick-up helped Dylan Edwards cross.

Another try came when they stripped the Cowboys for numbers and Brian To'o crossed before halftime.

Five-eighth Luai put Taylan May over for Penrith's only try in the second half.

Luai aside, the other worry for Penrith will be whether Kikau is charged over a late shot and dangerous throw.

North Queensland were not as bad the scoreboard suggested.

They completed at just 60 per cent but were barely given a chance to get on the attack as the Panthers controlled almost all the ball on the Cowboys' line.

And to North Queensland's credit, they were able to continually hold on.

At one stage in the first half the Cowboys held out 28 straight plays before Izack Tago crossed only to put his arm on the line while planting the ball down.

Penrith usually average a try every 8.5 plays in an opposition's 20-metre zone according to Fox Sports Stats.

But on Friday night that figure ballooned out to one in every 17 plays in a statistic that defined North Queensland's resilience.

But still, the Cowboys would have been disappointed they were wasteful with their opportunities.

Valentine Holmes bombed their best chance, dropping the ball just short of the line early in the second half when they could have launched a fightback.

Griffin Neame also lost the ball under the posts midway through the second half. 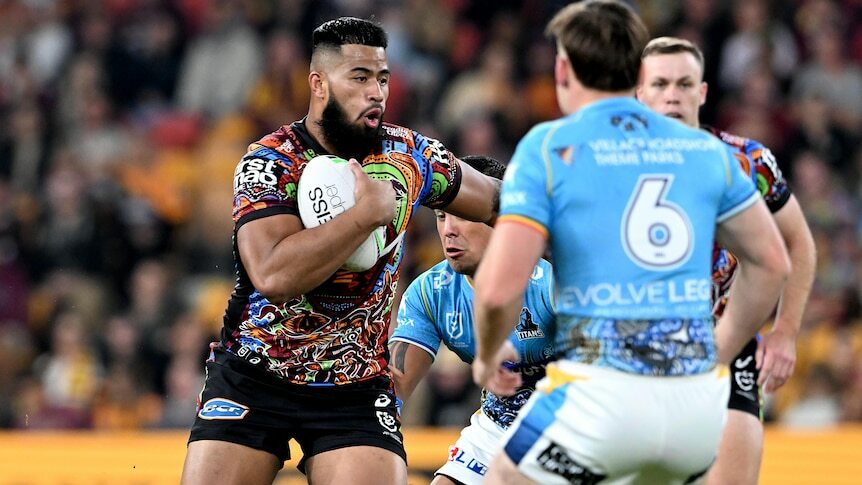 ABC News
From analysis to the latest developments in health, read the most diverse news in one place.
Penrith set for another record in NSW side