Australia's Foreign Minister Penny Wong has called on China to use its influence over Russia to end the war in Ukraine and to show "restraint" in its dealings with smaller countries in the region.

Senator Wong has also laid out the new Labor government's vision for South-East Asia, saying Australia wants to see a strategic "equilibrium" in the region which allows countries to "make their own sovereign choices".

In a major policy address hosted by the International Institute for Strategic Studies in Singapore, Senator Wong said that major countries with "influence" on Russia should use it to end the conflict in Ukraine.

"This includes China, as a great power, a Permanent Member of the Security Council, and with its "no limits partnership" with Russia," she said.

"Exerting such influence would do a great deal to build confidence in our own region."

Senator Wong said Russia's invasion of Ukraine was "an assertion that might should be right" and that "a larger country is entitled to invade and subjugate a smaller neighbour – to decide whether another country can even exist."

World looking to China for action on Ukraine conflict

She also drew a parallel between China's broader conduct in South-East Asia and its tacit support for Russia's invasion, using a recent quote from Singaporean Prime Minister Lee Hsien Loong to call for Beijing to show "restraint" in the use of its swelling power.

"Your Prime Minister has observed that: 'To grow its international influence beyond military strength, China needs to wield this strength with restraint and legitimacy'," Senator Wong said.

"But this has also been true in respect of its regional actions, as its strategic outreach has intensified."

Senator Wong said the world and South-East Asia would have "greater confidence" in China if it demonstrated restraint.

She also emphasised the importance of ASEAN as the core regional body and centre of gravity in South-East Asia calling it "indispensable" and stressing the sovereignty of smaller countries in the region.

"Regardless of the character of leadership Beijing chooses to demonstrate, we all have our own choices to make, and our own agency to exercise," Senator Wong said.

"It is up to all of us to create the kind of region we aspire to – a stable, peaceful, prosperous and secure region."

But Senator Wong moved to reassure South-East Asian countries that the new arrangements could help the neighbourhood, saying "we see these regional powers as partners to help sustain and build the regional order we seek."

She also defended Australia's push for nuclear-powered submarines, saying, "it should not be remarkable that Australia would seek enhanced defence capability from our allies" and taking a thinly-veiled swipe at China, which has furiously criticised the AUKUS pact.

"This is not a new capability in our region — other Indo-Pacific countries already possess nuclear-powered submarines and have been operating them for decades," she said.

"And some have nuclear-armed submarines."

While there have been no substantive breakthroughs in the China-Australia relationship since Labor won power, both countries have shown an appetite for resuming high level dialogue.

Defence Minister Richard Marles met with China's Defence Minister in Singapore last month, and speculation has been growing that Senator Wong may meet her Chinese counterpart Wang Yi in coming days on the sidelines of the G20 meeting in Bali.

Senator Wong told reporters in Singapore that Australia remained "open to engagement" with China at the G20 but said nothing had been locked in as "arrangements are very fluid."

She also said both countries had "an interest in stabilising the relationship" but reiterated that the federal government still wanted China to unwind punitive trade sanctions imposed on Australian goods as a first step towards repairing the relationship. 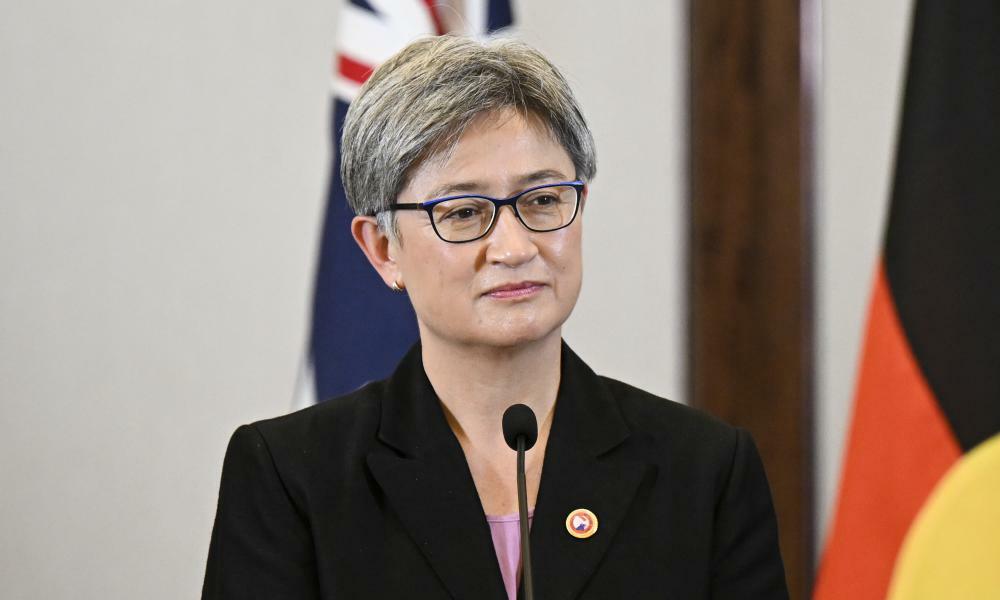 New Zealand Prime Minister Jacinda Ardern has reaffirmed her country's long-standing policy of not allowing nuclear-powered vessels in its waters,…

Following days of speculation, China’s foreign ministry confirmed the meeting after Wong signalled she was open to a direct conversation