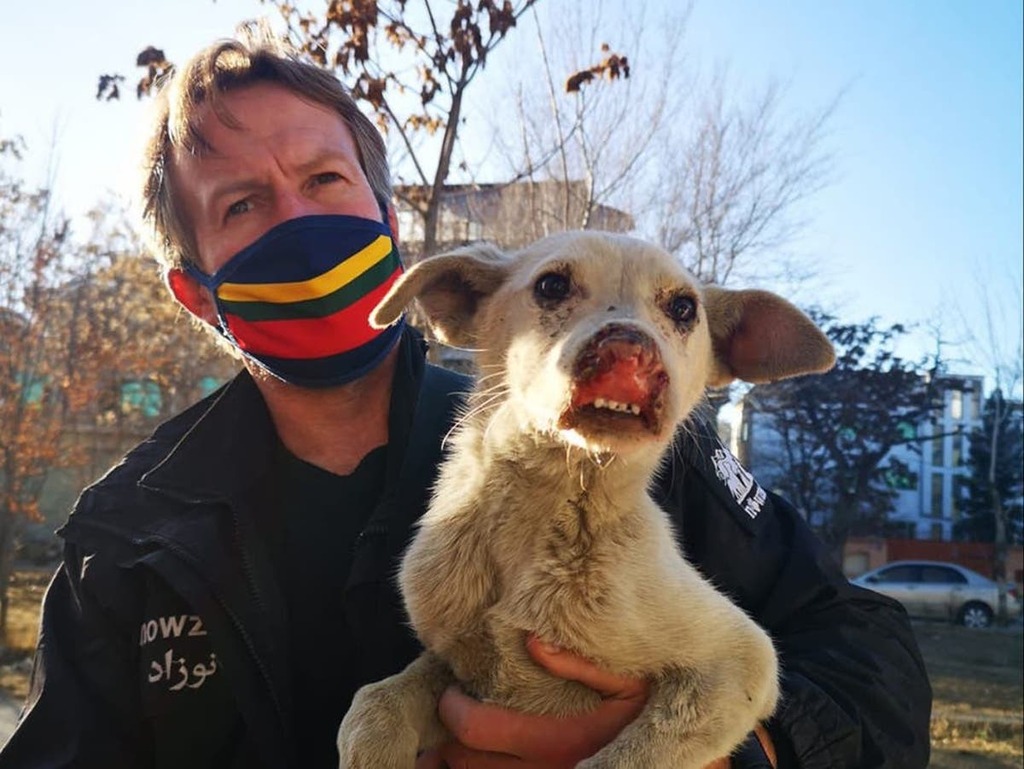 A former Royal Marine who founded an animal shelter in Afghanistan has said he is “so bloody happy” that his staff have fled the country after it fell to the Taliban.

Paul “Pen” Farthing was forced to leave behind 68 staff and their family members when he and some 150 animals were evacuated from Kabul amid chaotic scenes last month.

The animal welfare campaigner described it as “absolutely mind-blowing” that his staff had arrived in Pakistan on Saturday. In a tweet, he said that the staff at his Nowzad shelter were “now safely in Islamabad and in the care of the British High Commission”.

Mr Farthing said he had seen pictures of staff and family members – who include 25 children and one newborn baby – after their arrival in Pakistan and the smiles on their faces “just tell you everything you need to know”.

He added: “I am so bloody happy right now! This is absolutely mind-blowing. It has still not really sunk in.”

Dominic Raab, the foreign secretary, said they were being assisted by diplomatic staff in Islamabad and would be brought to the UK in the coming days.

Mr Farthing returned to the UK last month as the Foreign Office raced to evacuate British nationals following the fall of Kabul to the Taliban on 15 August. He had attempted to get hundreds of cats and dogs, his staff, and himself to the UK in what was known as “Operation Ark”.

He claimed that his staff had been denied access to Kabul airport after the US authorities announced that they would require a passport with a visa.

The campaign attracted widespread support, although defence secretary Ben Wallace last month complained that a few of Mr Farthing’s supporters had “taken up too much time” of senior commanders.

Tory MP Tom Tugendhat, who served with the British Army in Afghanistan, also told LBC that the UK had “used a lot of troops to bring in 200 dogs. Meanwhile my interpreter’s family is likely to be killed.”

Mr Farthing was also forced to apologised after The Sunday Times published an audio recording of an expletive-laden voicemail allegedly sent to Mr Wallace’s special adviser Peter Quentin. In the message, he threatened to “f***ing destroy” the aide on social media unless he expedited the evacuation.

Speaking about his staff members last month, Mr Farthing told The Sun: “It is just so depressing I had to leave them behind. Some of them came with me to the airport but they weren’t allowed to cross the line from Taliban to British control.

“I feel so many things. I feel very sad for them, I’m relieved for me and I feel happy for the animals. There were lots of tears when we said goodbye.”

The Foreign Office has evacuated more than 15,000 people, though ministers have conceded that at least a thousand eligible Afghans have been left behind.