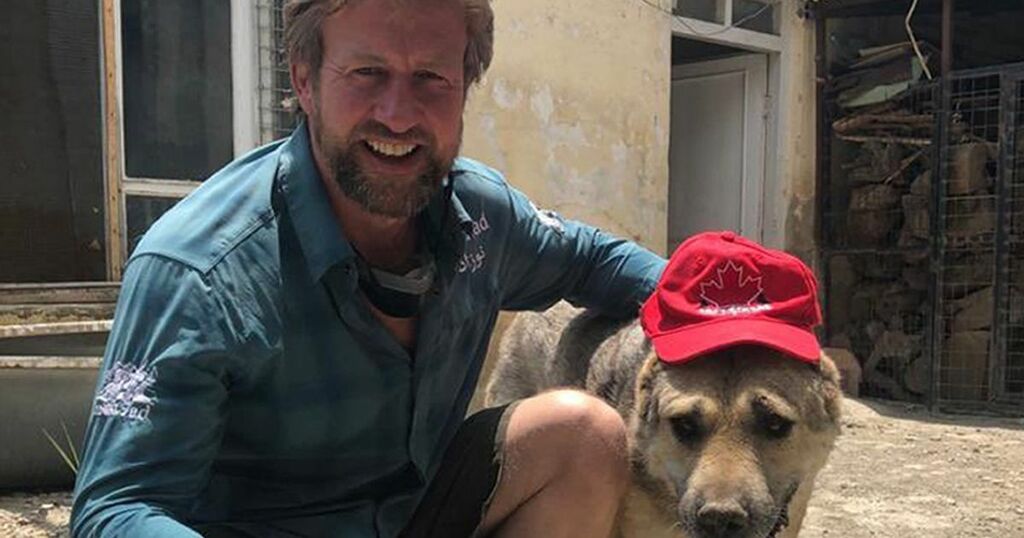 Former Royal Marine Pen Farthing has said it is "mind blowing" that all his 68 animal shelter staff have been able to get out of Afghanistan.

Paul "Pen" Farthing hit the news with his efforts to take out animals that he was looking after following the toppling of Kabul by the Talibans.

He finally managed to get nearly 170 dogs and cats out of the country and left himself on one of the final flights out of Afghanistan back to the UK.

Now he has said he is delighted that all his staff have managed to leave Kabul and arrived in Pakistan on Saturday.

He tweeted that his Operation Ark campaign to get workers and animals from the Nowzad shelter in Kabul out of the country has been "a complete success".

Mr Farthing said the Nowzad staff are "now safely in Islamabad and in the care of the British High Commission! I am so bloody happy right now!".

He said: "This is absolutely mind-blowing. It has still not really sunk in."

Mr Farthing said he had seen pictures of the staff after their arrival and the smiles on their faces "just tells you everything you need to know".

The Afghan staff had reared dozens of rescued animals by hand but were not able to leave during the hurried mass evacuation as foreign troops withdrew, two decades after US forces removed the militants from power in 2001.

Mr Farthing's campaign to get his animals out of Afghanistan sparked controversy with plenty of support but defence secretary Ben Wallace said it distracted from efforts to evacuate people.

Foreign Secretary Dominic Raab has now said that he is glad to see that the animal shelter staff have been able to leave Afghanistan.

He tweeted: "Pleased that Nowzad's Afghan staff, who were called for evacuation, successfully crossed the border into Pakistan today.

"Our @ukinpakistan staff are assisting them and we look forward to welcoming them to the UK in the coming days."

Since arriving back in England at the end of August, Mr Farthing had been working to help evacuate 68 Nowzad animal shelter staff and family members, including 25 children and one newborn baby, from Afghanistan.

Mr Farthing has also apologised for leaving an expletive-laden message for a government aide as he was trying to carry out the evacuation of the animals.