“Why isn’t everyone in this congress saying I reject replacement theory?” she said outside the US Capitol on 19 May, joined by members of the Congressional Black Caucus, Hispanic Caucus and Asian Pacific American Caucus.

Their remarks came the day after a vote in the House of Representatives to establish domestic terrorism offices across three federal agencies, with the mass shooting in Buffalo among white supremacist-driven attacks that federal law enforement has repeatedly warned is on the rise.

Only one Republican, Illinois Rep Adam Kinzinger, broke from instructions from House GOP leaders to vote against the bill and joined all Democrats in support. Four Republicans abstained from voting. It passed by a vote of 222 to 203.

The Domestic Terrorism Prevention Act would establish officers within the US Department of Justice, Department of Homeland Security and FBI to monitor, investigate and prosecute domestic terror, including annual assessments on the state of threats from white supremacist violence as well as “white supremacist and neo-Nazi infiltration of the uniformed services.”

It would not create new lists of terror groups or anti-terror laws or establish new federal authorities or investigative powers but instead strengthen capacity within existing federal bureaus to tackle what officials have signalled are rising threats within the US.

Senate Majority Leader Chuck Schumer intends to move forward with procedural steps to force a vote on the bill next week.

The Buffalo shooting – in which the suspected gunman, an avowed white supremacist, targeted a supermarket in a predominantly Black neighbourhood, killing 10 and injuring three others – was motivated by a sprawling conspiracy theory that fuelled other racist massacres, including the killings of 23 people in El Paso, Texas and 11 people at a synagogue in Pittsburgh.

The so-called “replacement theory” – a conspiracy theory in which Democrats have conspired to “replace” a white electorate with immigrants to maintain political power – has fuelled racist terror and found echoes among members of Congress and on right-wing media, where the ideas has been “promoted on top television networks,” Speaker Pelosi said.

“Let me be clear, the motivation for this is something that must be rejected,” she said. “We must all be vigilant … America, open your eyes to this hateful replacement theory that is taking lives.” 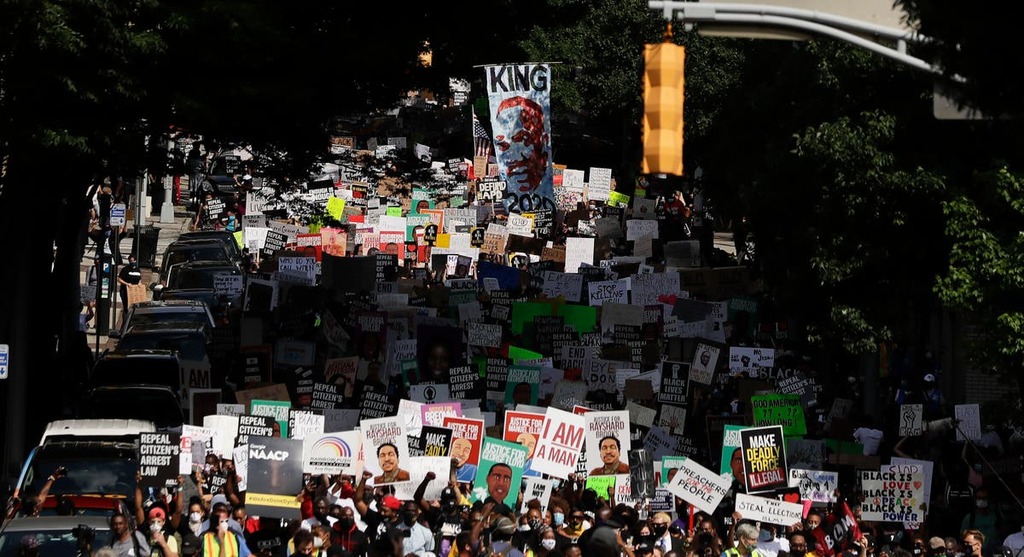