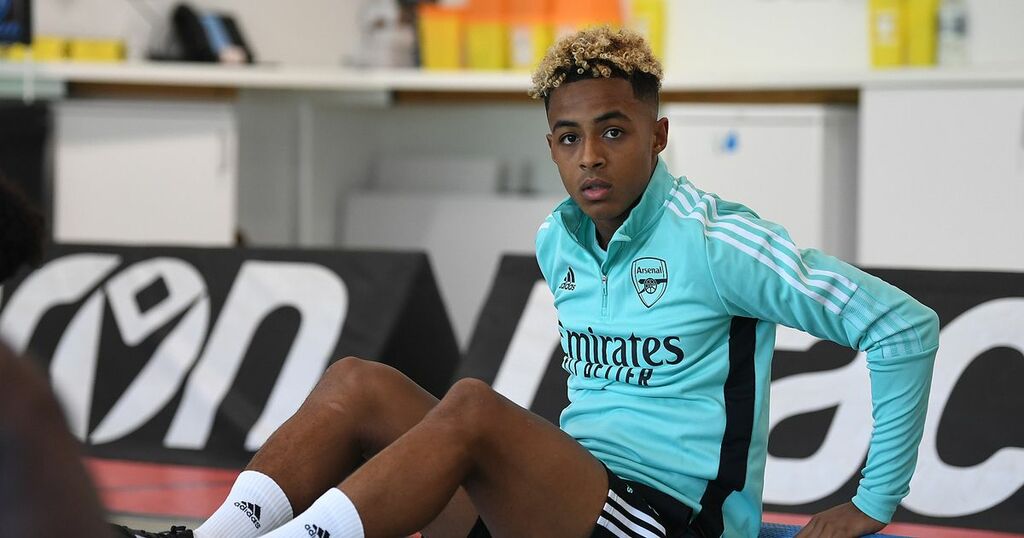 David Seaman has delivered Arsenal a harsh reality check stressing the importance of winning the 'massive' clash versus Norwich after an uninspiring start to the season.

The Gunners sit afoot of the Premier League table hand in hand with the Canaries as either side will look to register their first goals and points of the season.

Speaking on talkSPORT, Seaman spoke on Arsenal's faltering form, being left behind by Chelsea and his relief knowing Mikel Arteta is able to lead the north London side out at the Emirates oppose to Carrow Road.

"The players haven’t turned up, even towards the end of last season," the 57-year-old said.

"I know Arteta was getting a lot of stick but the players weren’t turning up and I was like, ‘hang on, these guys are getting away with murder;’ because there’s not a lot being said about them and they’re not performing to their best."

“I went to the Chelsea game and I was like, ‘oh God they’re way ahead of us at the moment.”

Seaman continued by highlighting the magnitude of Arsenal clash with Norwich, showing how far the Gunners have fallen.

"This is where we are at the moment and it’s a massive game now," he said. "I’m glad it’s at home because if it was away it would be a really tough game, the pressure of the fans at the Emirates will tell.

"There will be some major pressure going on if Norwich do score first. They’ve got to turn up this weekend, it’s a massive game and I fear the worst if we get beaten because the fans will turn.

John Barnes has raised his concerns regarding the pressure seemingly building on the shoulders of youngsters Bukayo Saka and Emile Smith Rowe.

The pair have emerged as growingly key players for Arsenal over the years but have been unable to nurse the Gunners' faltering form.

Barnes revealed he is worried that the mounting pressure will begin to take a toll on Saka and Smith Rowe, stressing that the more experienced players in the side should shield the youngsters, alluding to his time at Watford.

“When I was a young player in the Watford team, I was playing for England while a lot of the Watford players weren’t," the former England international told Bonus Code Bets. "However, there was no pressure on me to be the main man at Watford, that was for the experienced players."

Barnes continued by reaffirming the importance of playing without fear as a youngster, adding that playing with the growing pressure could hamper their development.

"You want these young players to play without any pressure and without any fear," he said, before speaking on Saka. "I’m hoping that they don’t think that just because he's playing for England and he’s Arsenal’s main player that he can take the pressure on him to take Arsenal out of this situation.

"He’s just turned 20 and he still has a lot of developing to do so he should be able to develop without having the fear and pressure of carrying this Arsenal side to where they want to be.”

Omari Hutchinson has revealed the time one of the world's greatest ever players, Pele, lauded him for his lavish skills at a tournament led by the three-time World Cup winner, in an interview with Goal.

The 17-year-old Hale End youngster said: "We finished the tournament and all the teams came round in a huddle, and the F2 Freestylers came out and started showcasing their skills.

“They asked one member from each team to come out and do a skill and all the boys were saying ‘go on Omari, go on!’

“So I went up there and did it. They gave me the ball and I just started doing my skills. When we got a picture with Pele afterward, he said something like ‘that was amazing’ in his Brazilian accent."

Martin Odegaard and Karl Jakob Hein have won places in the recent World Cup qualifiers team of the week for Norway and Estonia respectively.

The former captained his country to a resounding 5-1 triumph over Gibraltar meanwhile the latter kept a clean sheet in a goalless draw with Gareth Bale's fiery Wales side.

Odegaard ensured the Norwegian's finished the international break unbeaten, meanwhile, Hein dragged his nation to their first point of the qualifying campaign.