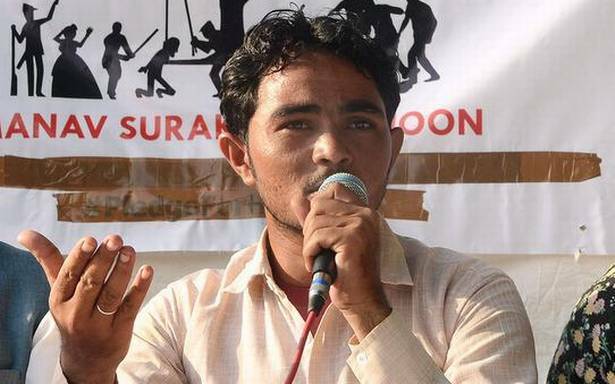 The Rajasthan High Court has issued bailable warrants against six persons who were acquitted by a sessions court in Alwar in the 2017 Pehlu Khan lynching case. It admitted for hearing an appeal against the acquittal filed by Khan’s son Irshad.

The Alwar court acquitted the six accused on August 14, 2019, giving them the benefit of doubt on the basis of the police probe, which the court said had “serious shortcomings”. Those let off by the court were Vipin Yadav, Kalu Ram, Dayanand, Ravindra Kumar, Yogesh Kumar and Bheem Rathi.

The government filed an appeal in the High Court against the trial court verdict after a special investigation team pointed out loopholes in the probe conducted earlier by four investigating officers. Irshad’s plea has been clubbed with the government’s appeal.

A Division Bench comprising Justice Goverdhan Bardhar and Justice Vijay Bishnoi issued the bailable warrants in the sum of ₹10,000 returnable within eight weeks, on Monday.

Khan, 55, a dairy farmer from Haryana, was waylaid by a mob of cow vigilantes on the Jaipur-Delhi National Highway on April 1, 2017, and killed on the suspicion that he was smuggling cows. The incident, which was caught on camera, had sparked nationwide outrage.

Two other accused, who were minors at the time of the incident, were convicted by Alwar’s Juvenile Justice Board in March 2020 and sent to a special home for three years, while a third, also a minor, is absconding.

The appeal submitted that there were injured eyewitnesses who had specifically taken the names of the accused, while the trial court discarded their “credible testimony”. It said Khan sustained a number of injuries, of which he died, and the weapons were recovered from the accused persons.

The High Court had quashed the case of illegal transport of cattle for slaughter against Khan, his sons and the owner of the pick-up truck in which they were travelling. It ruled that Khan had purchased the animals for dairy and not slaughter.