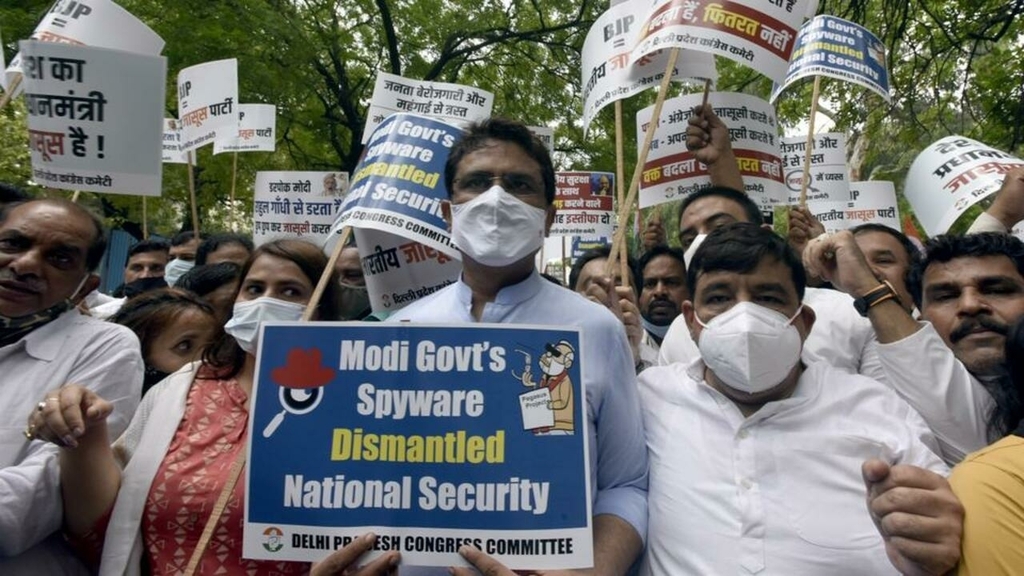 A collaborative investigation into Pegasus spyware, based on information accessed by the France non-profit Forbidden Stories and Amnesty International and shared with a host of publications, has revealed a list of potential targets for surveillance.

The phone numbers of over 40 Indian journalists appear on a leaked list of potential targets for surveillance. Forensic tests have confirmed that some of them were successfully snooped upon by an unidentified agency using Pegasus spyware.

Though the Indian government found itself at the heart of an espionage scandal which created a huge stir across the entire political world, coverage in the mainstream press was not commensurate. The government stonewalled queries on whether it had sanctioned the surveillance.

Media commentators say the use of the Israeli NSO Group’s military-grade spyware by the world’s largest democracy to hack the phones of investigative reporters is the last nail in the coffin of journalism in India.

Founders of The Wire among targets

The leaked database of potential targets of surveillance includes phone numbers of two founding editors of The Wire, a news portal, its diplomatic editor and two of its regular contributors.

“The Indian government has been silent so far. This is most surprising as they have not replied properly to questions in the Indian parliament. The Prime Minister and the home minister have not said a word... even a general kind of statement that this spyware is a threat to democracy and needs to be capped,” M K Venu, a founding editor told RFI.

Now, senior journalists have approached India ‘s Supreme Court seeking investigation by a sitting or former judge of the court into allegations of use of Pegasus spyware for surveillance of journalists, activists and others.

They have argued that such targeted surveillance using military-grade software is a grossly disproportionate invasion of the right to privacy.

Heated debate in a tough industry

The investigation comes at a time of heated, polarizing debate in India's fiercely competitive news industry.

India is considered “one of the world’s most dangerous countries for journalists trying to do their job properly”, according to Paris-based non-profit Reporters Without Borders (RSF). The NGO has painted a very grim picture of journalism in India after Narendra Modi came to power.

The RSF ranked India at an appalling 142 out of 180 countries—below the UAE, Myanmar and Hungary—in its 2021 World Press Freedom Index.

Journalists in India face “every kind of attack, including police violence, ambushes by political activists and reprisals instigated by criminal groups or corrupt local officials”, the RSF says.