'Peacemaker' post-credits scene: Does it have one? (No spoilers) 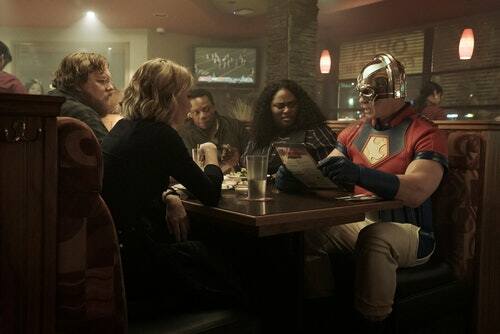 James Gunn’s Peacemaker has finally arrived, premiering its first three episodes on HBO Max this week. The John Cena-starring superhero comedy is a spinoff of DC’s The Suicide Squad and follows its titular anti-hero on a new, R-rated mission. But after each action-packed episode, does the new series have a post-credit scene?

Let’s break down what to expect, and don’t worry — this entire article is spoiler-free.

WHAT’S YOUR FAVORITE SCI-FI MOVIE? Tell us now for a chance to get paid to write an article for Inverse.

Does Peacemaker have a post-credits scene?

Short answer: Yes. If you just watched Peacemaker Episode 1 but jumped to Episode 2 too quickly, go back and wait until the end of the credits. Episodes 2 and 3 also each have post-credit scenes.

Long answer: Superhero movies have carried on the tradition of including an extra scene during or after their credits. But the genre’s TV shows are not known for including post-credits scenes. It’s a rare occurrence and often reserved for a season finale or pivotal episode. Marvel occasionally places an after-credits scene in its Disney+ shows. Recently, the Hawkeye finale incited controversy over its choice for a mid-credits scene.

Peacemaker’s credits scenes might not get people talking like Hawkeye did, but the DCEU series does change things up by including not just an extra moment after its first episode, but all three new episodes air a short bonus scene after the credits roll.

Do the Peacemaker post-credits scenes matter?

Peacemaker is incredibly generous with offering post-credits scenes for all three episodes it premiered this week, but the scenes are arguably not very important to the overall arc. Instead, they are more like an extended scene from the episode, playing one more joke before finally fading to black. They don’t necessarily move the plot forward, but they offer an additional interaction that might provide insight into some of the character’s relationships.

The scenes are also incredibly short, with the first three ranging from 10 to 15 seconds long. Regardless, if you can’t get enough of Peacemaker, these bonus scenes are small but mighty in laughs and are sure worth the wait (or fast-forward button).