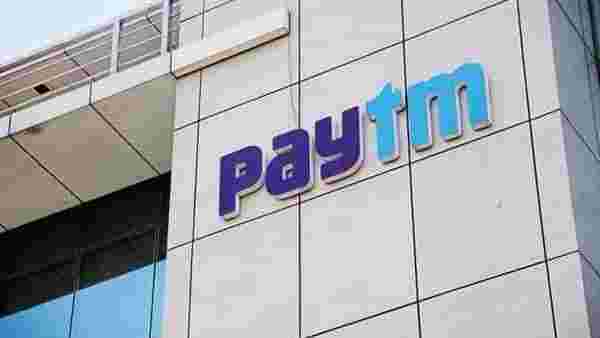 Paytm, a pioneer in mobile payments in India and one of the country’s best-known startups, set out years ago to build an ubiquitous digital-finance ecosystem much like Ant Group Co.’s Alipay in China.

Now, as Paytm’s owner nears a $2.2 billion listing that will see it beat Ant to the public markets, the company isn’t the dominant player it wanted to become and faces mounting challenges in an increasingly crowded Indian payments market. It has already been overtaken in one key area by deep-pocketed rivals including Alphabet Inc.’s Google and Walmart Inc.-backed Indian startup PhonePe.

One97 Communications Ltd., which owns Paytm, is targeting a market valuation of $25 billion when it goes public at home this autumn. The listing will generate hefty profits for 43-year-old founder Vikay Shekhar Sharma and a star-studded list of investors including SoftBank Group Corp.’s Vision Fund and Warren Buffett’s Berkshire Hathaway Inc.

Ant has invested around $900 million in One97 and would be among the biggest winners in the deal, which is taking place at a time of simmering tensions between India and China. Ant intends to reduce its stake to under 25% from 29.6% now, according to people familiar with Ant’s thinking.

Ant and its sister company Alibaba Group Holding Ltd.—which owns an additional 7.2% of One97—first invested in Paytm’s owner in 2015, before the business experienced a surge in users. Early on, Ant had ambitions to replicate its success in China in other developing markets, and the investment in Paytm was a key part of that project. It also bought minority stakes in other digital-payments companies in Southeast and South Asia.

Of those companies, Paytm, pronounced pay-tee-em and an abbreviation for “Pay through mobile," gained the most local traction. Between 2015 and 2017, Ant dispatched engineers and technical staff—around 100 at one point—to Paytm’s offices in Noida to help scale up its payments platform and tackle issues such as fraud prevention, according to people familiar with the matter.

Paytm’s mobile-payments app experienced a surge in downloads during that period, after India’s government suddenly canceled 86% of the country’s physical cash in circulation in a bid to root out corruption, tax evasion and counterfeit bills. Paytm became synonymous with e-wallets, digital accounts that could be used to pay utility bills, and buy everyday goods and services such as milk packets and train tickets.

Paytm boasted 225 million subscribers by 2017, more than any other company in India, and Berkshire paid about $300 million the following year for a small stake in One97.

Mr. Sharma, who founded One97 in 2000 and is its chairman and CEO, has in the past drawn parallels between his modest roots and the backgrounds of Mr. Buffett and Ant’s controlling shareholder, Jack Ma. He predicted a few years ago that Paytm would have half a billion users by 2020.

“He’s an eternal optimist and a very bullish talker," said Chris Skinner, a fintech industry commentator who published a book called “Digital Human" in 2018 that included an interview with Mr. Sharma.

Paytm didn’t reach that goal of having half a billion users by 2020. As of March, One97 served 333 million consumers, about a third of whom transacted on Paytm’s platform at least once during the preceding year, according to the company’s draft IPO prospectus. India had around 500 million smartphone users at the end of 2019, according to techARC, a research firm.

Ant dialed back its direct involvement in Paytm after Paytm’s development got under way. Ant’s global ambitions have also been complicated by geopolitical tensions.

Last year, deadly border clashes between China and India sparked a public and political backlash in the South Asian country against mobile apps owned by companies in China.

After India started to apply more scrutiny to Chinese investments, Ant Chairman and Chief Executive Eric Jing, a Chinese national, was replaced on One97’s board of directors with Douglas Feagin, another Ant executive and a U.S. citizen. The change—which took place earlier this year—was initiated by Ant and took place at a time when Mr. Jing needed to turn more of his focus to the Hangzhou-headquartered company’s internal affairs following its scuttled IPO, people familiar with the matter said.

Top executives at Ant and One97 still maintain regular communication and sometimes consult each other on strategic decisions, the people said.

Unlike Ant, One97 hasn’t produced an annual profit in recent years. Its revenue from payment and financial services has increased, but total income declined in its last fiscal year because the pandemic hurt some of its other businesses.

Paytm has also had to contend with much more competition after India introduced a government-run digital-payments network called the Unified Payments Interface, which facilitates direct transfers between bank accounts.

While e-wallets have to be periodically topped up with funds, in UPI transactions—which are also conducted via smartphone apps—money is deducted instantly from people’s interest-bearing bank accounts. Its relative simplicity and the fact that it can operate across different companies’ payment apps, has made it the preferred mode of payment for many consumers.

In the fourth quarter of 2018, Paytm processed 35% of all UPI transactions, which, along with its e-wallet share, made it the market leader at the time, according to S&P Global Market Intelligence.

A lot has changed since. Alphabet, which launched payment app Google Pay in India in late 2017; and PhonePe, a payment app controlled by Walmart Inc.-backed Indian startup Flipkart, spent aggressively to draw people to their platforms that facilitate UPI payments. Paytm didn’t match this marketing spend, and its share of transactions began to fall.

Close to nine out of 10 mobile-payment transactions in India are now UPI based, and e-wallets have fallen out of favor. In the second quarter of this year, Paytm’s UPI market share fell to 14%, while PhonePe and Google Pay together handled around 80% of all UPI transactions, according to S&P’s analysis of government data.

The overall pie is still expanding. Though India remains a largely cash-based economy, digital payments are growing rapidly, and the Covid-19 pandemic has spurred more online and cashless transactions. Since 2019, the annual value of mobile payments has risen 70% to nearly $480 billion in 2020, according to S&P.

More global companies are getting into the digital-payments space in India. Facebook Inc.’s WhatsApp—which is ubiquitous in India—started offering mobile payments last year. Technology giant Prosus NV recently said it would buy Indian payments platform BillDesk for $4.7 billion. Smartphone penetration is also still growing in India, unlike in China, where the market is near saturation.

To be sure, companies make very little money from UPI payments in India. “The path to profitability for fintechs like Paytm will hinge on their ability to rapidly expand adjacent financial services like lending, insurance and wealth-management products," said Sampath Sharma Nariyanuri, fintech analyst at S&P Global Market Intelligence.

A majority of UPI transactions are direct money transfers between individuals who don’t pay any fees. To make money, Paytm is focusing more on getting shopkeepers and merchants to use its payment solutions and point-of-sales devices when customers make purchases. Most of these are non-UPI transactions where merchants pay fees, according to a person familiar with the matter. Paytm now has ties with 21 million merchants, up from 11 million in 2019, and said it is the market leader in facilitating payment transactions between consumers and merchants.

Rivals aren’t far behind. PhonePe said in June that its payment network is accepted by 20 million merchants across India. “Everyone is targeting the same merchant," said Satish Meena, an e-commerce analyst formerly with research firm Forrester in India.

Meanwhile, One97’s forays into other businesses face the challenge of scaling up in industries where established players have dominant market share. The company has expanded into areas including hotel bookings, wealth management, personal lending, and software and cloud services for businesses.

Paytm believes its ability to cross-sell services to its existing users lowers its cost of customer acquisition and gives it an edge over competitors, according to a person familiar with the company’s thinking.

One97 also owns a 49% stake in Paytm Payments Bank Ltd., a licensed deposit-taking bank that Mr. Sharma controls. It hopes to convert this into a small finance bank—a breed of niche banks in India that can provide limited banking services—which would give it more flexibility to lend, according to analysts.