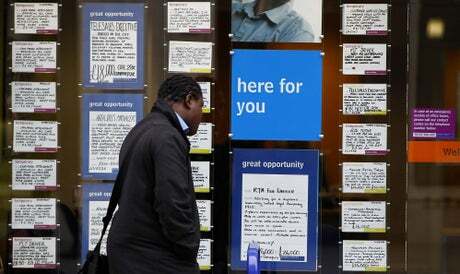 The scope of the skills crisis facing UK business was laid bare today when figures showed pay is soaring and job vacancies rising above a million.

Figures from the Office for National Statistics show unemployment falling slightly to 4.6%, with the number of people in employment back to pre-pandemic levels.

Pay is rising at 8.3% as businesses chase skilled staff with pay rises, bonuses and other perks.

While that is clearly good for the in-demand workers, it is fuelling fears of inflation and hitting businesses large and small.

The lack of trained staff could in turn hit the economic recovery.

“The recovery in the number of pay-rolled employees to pre-pandemic levels underlines the huge amount of hiring that is going on right now. With the ONS vacancy count now over 1 million for the first time ever, and most individual sectors having record numbers of unfilled jobs, there is a real risk of shortages impacting the recovery through the autumn.”

The hospitality sector in particular is struggling for staff.

Chris Sanderson, CEO of the hospitality recruitment app Limber said: “The pandemic has, in many sectors, created a mass disconnect between employers and employees, and it’s holding the economy back.The jobs market could be a lot more robust if employers ditched their legacy mindsets when it comes to employment contracts and allowed people to work on their terms.”

Meanwhile, a combination of the pingdemic, driving test backlogs and some workers leaving the UK after Brexit has led to a major shortfall in HGV drivers, of around 100,000. That is impacting a number of businesses.

Ocado Retail is putting aside up to £5 million that could be used towards higher wages and bonuses.

Ocado Retail, a joint venture between Ocado Group and Marks & Spencer Group, said: “Rising costs of labour, particularly for LGV and delivery drivers represent an increasingly important issue for the industry that may result in up to £5 million of impact to full year numbers.”

Shares in parent group Ocado lost 52.5p to 1833p as it revealed on the potentially higher costs, as well as saying £35 million in revenues were lost at Ocado Retail following disruption from a July fire at one of its warehouses in Erith.

Online furniture designer Made.com warned it is being hit by soaring freight costs and said it has begun to pass on some of the burden to customers via price increases.

CEO Philippe Chainieux told the Standard freight costs have multiplied six or seven times since the beginning of 2021. The company also stopped offering as many discounts to help offset the costs.

"That is incredibly difficult to mitigate," he said.

The company was founded in 2010 by Lastminute.com tycoon Brent Hoberman and Ning Li.