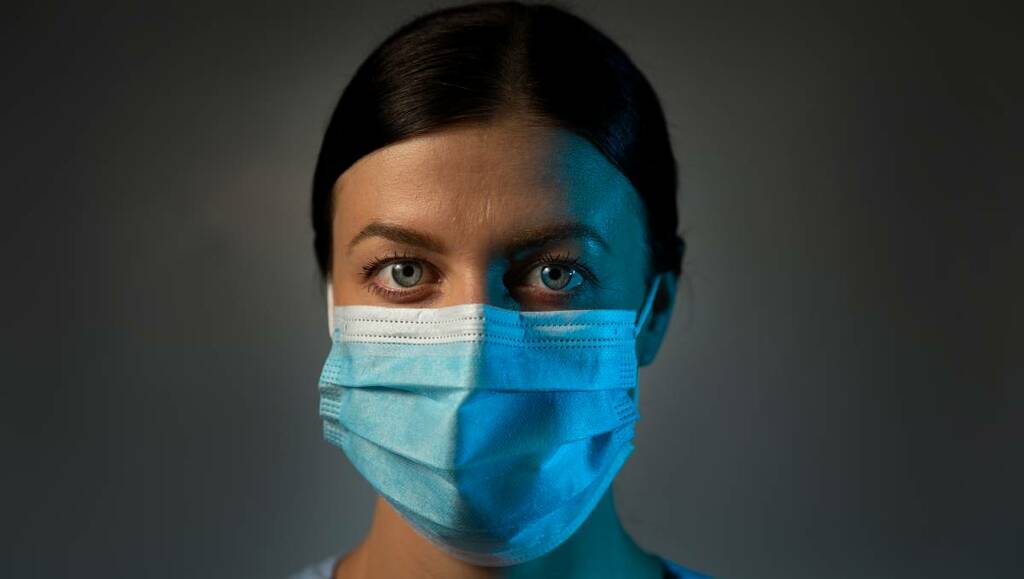 REGARDING Damon Cronshaw's article ('The heroes who treat COVID-19 patients', Newcastle Herald 11/9), our doctors and nurses in the Hunter New England health area, as well as their counterparts in Sydney and elsewhere in NSW, have provided sterling service during the COVID pandemic over the last 18 months.

Each day they endure wearing copious amounts of personal protective equipment during their long shifts in hospitals across the state. They are required to be regularly tested for COVID-19 and are under a great deal of psychological stress treating COVID positive patients. Will they catch the virus and unwittingly spread it in the community or to their loved ones?

As the Premier has stated many times recently, the pandemic will most likely peak in the next month, so the stress on our hospital system will only increase before hopefully improving.

Surely our doctors and nurses working under these unprecedented and difficult conditions deserve to be paid suitable allowances over and above their normal salaries.

Mr Hazzard, the ball is in your court.

Self-righteous don't fight for us

I DUCKED out to purchase an item at Belmont shops. Two young women walked past us with their kids with no masks on. At a time when so many citizens are making sacrifices. At a time when so many are putting their own health and lives on the line by providing essential care and services to the community. At a time when we are remembering the bravery of so many from 9/11 these two women think they have the right to flaunt public health orders. It's abominable to think they believe they have the right to provide this type of irresponsible role modelling to their own children. What does it take for some people to understand the seriousness of our current situation? Why is it that we have so many selfish, self-righteous people living amongst us?

'Ratbags' are far from harmless

AS a non-politician, NSW Health Officer Kerry Chant innocently used the term "new world order" recently to describe the post vaccination track and trace regime that the NSW government is facing. Now anti-vaxxers and conspiracy theorists are having a field day with her use of the term. Her supposed indiscretion has gone 'viral.

One could be dismissive and say, 'Ho hum, the ratbags are at it again'. But the ratbags are hurting themselves and the gullible by spreading disinformation and increasing vaccine hesitancy. It is too late for someone to get the jab when they are in ICU on a ventilator fighting for their lives.

THURSDAY'S editorial ("Morrison showed a lack of judgement", Opinion 9/9) slammed Prime Minister Scott Morrison for poor judgement in flying to Sydney for Father's Day. Went home to his family for Father's Day? Anyone would think he was a family man who cared as much about being with his wife and children as he does about running the country. How dare he! The last thing we need as PM is someone who is a family man. Should we not have someone such as Kevin Rudd, who would sit up all night in his office plotting? Don't be afraid, I'm only joking.

Mr Morrison had secured an exemption to return to Canberra after celebrating Father's Day for a national security committee meeting, not to go to Sydney where he is free at any time to travel to, because it is his home base. Our PM needs to be able to securely travel around the country as needed. Remember it was state premiers who initiated lockdowns not Mr Morrison, who has never been enthusiastic for them. No-one complained of footballers and their girlfriends that flew into Queensland. US presidents fly everywhere, by helicopter or Air Force One, even to family residences or retreats.

There has been quite a pile-on from Morrison critics about the Father's Day visit. For example, five readers, Gordon Tindall, Barney Ward, Michael Hinchey, Darryl Tuckwell and Gary Hayward in the Letters page on Friday (Letters, 10/9). Are they all members of the Lake Macquarie Labor branch? If so, good onya for democracy in Australia.

PROBABLY many of your readers will not have a mobile phone for reasons of lack of reception in their area. That is why I do not have one. Yet I am continually required to have one for two level authentication (and other reasons) which stops my contact with the business or organisation. It makes my (nonexistent) phone number a "required file". For business to assume that everyone owns a mobile phone is very poor public relations.

Mobile phone owners can choose to sign in to stores with a QR code or paper sign in. They have a choice, why can I not have a choice just because they want it to be a "required field" in their form?

REGARDING the recent discussion regarding the state of our public toilets. If you go to any inland country town you will find their toilet blocks clean with soap and either paper towel or an electric hand dryer, even in small communities of a couple of hundred residents. Also, it is rare to find a toilet that has run out of toilet paper. Now if they can do it, why in the hell can't our local councils?

The best solution I have seen was in a country town in New Zealand. Opposite the shopping centre was a large rectangular toilet block with men on one side and women the other, and in the centre was an entrance lobby. Seated at a table inside the lobby was an attendant who collected a $2 fee with a cheery smile. Their job was to make sure the toilets were kept spotless, and the supplies topped up when needed. I was more than happy to pay. Customers (if you can call them that) felt safer, and I am sure it deterred vandals. The fees collected would have more than covered the attendant's wage, so it was at no cost to the council, and it employed an extra one of two people in the town.

In a spin trying to book jab in

WE are bombarded with statements that we should have our jab. My son, who works face to face in the mental health section, had his first Pfizer injection in early August and cannot get a booking for his second injection until mid-November. It appears that the community group that he received his first injection from have been replaced by a medical support company who are very difficult to contact and when you are transferred to the government booking page you cannot state the problems. All you get is a date when a booking may be available.

It appears like so many other projects commenced by the government it becomes so much spin without reality.

LET'S stop and ponder for a moment. Think about all the good things which have come about from COVID. Medical advancements, new jobs, inventions, new schooling ways, closeness and learning within the families. Don't forget the exercise and the new friends people and dogs have met. Will those with a sniffle wear masks to work to stop the spread of the common cold or flu? Only time will tell. I hope this will continue when the lockdown is over.

IF the state health laws state that persons residing in Sydney are not permitted to leave their LGAs, why are CountryLink train services still operating? A mother and her children boarded a CountryLink train at Strathfield to travel to Coffs Harbour, but were intercepted by police at Kempsey and removed to a quarantine facility at Port Macquarie. The entire train had to be cleaned and staff and passengers were potentially exposed to COVID-19. Why are CountryLink services operating during COVID lockdown? Surely just another blunder by our state government. By allowing the CountryLink services to continue, I believe the government is providing a means to allow the virus to spread.

I AM sick to the death of hearing about roadmaps. I blame George W Bush for starting it. What is wrong with using a simple four letter word beginning with the letter "P" or isn't it impressive enough? Can we also drown out the word "cohort"?

AS John Davies notes (Letters, 11/9), post-COVID events will require all spectators to be vaccinated, at least in the foreseeable future. Council should be aware that over 2,000 residents live on and inside the Supercars circuit, some of whom will not be vaccinated. What does the council intend to do with these people if the event goes ahead as scheduled in March next year?

IT is very disappointing seeing how Australians have been flaunting the rules. Beaches packed no one observing the rules. These people showing a disregard and no respect for health care workers and paramedics working very hard to protect and care for Australians. Shame on you selfish Australians!

I BELIEVE the Knights were dudded by poor refereeing ('What goes up must come down', Herald 14/9). Or, as the Knights fans' mantra states, there is always next season. Well done, Knights.

IF Kalyn Ponga's defence was half as good as his attack, I reckon Newcastle would be unbeatable.