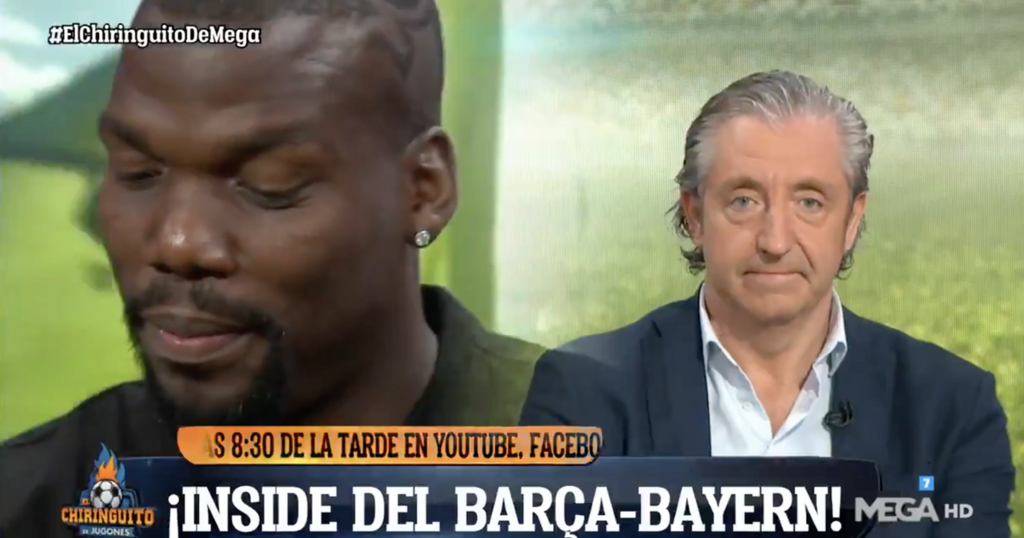 Paul Pogba’s brother, Mathias, believes the Manchester United midfielder is currently happy at the club but is still undecided on his future.

Mathias Pogba spoke to Spanish broadcasters, El Chiringuito TV, about his brother’s future and whether it led him away from Old Trafford.

As the French star enters the last 10 months of his contract, United fear he could leave on a free transfer for the second time.

Mathias said his brother is still undecided on his future at United, but is enjoying his time this season.

The 31-year-old elder Pogba brother, a player for ASM Belfort a fourth-tier team in France, said: “Paul has not decided yet whether to stay or not next summer. It’s his decision. He’s feeling very good at Man United this season. Then let’s see. Let’s see when it will be time to decide.”

Should Manchester United do all they can to keep Pogba? Comment below.

This isn’t the first time Mathias has spoken out about his brother’s future, having slammed United in February of this year saying if they didn’t sell his brother, they wouldn’t receive any money for him.

A few months later in May, he said he hoped his brother would move to Barcelona after the Europa Cup final.

Pogba already has seven assists in only four games this season and looks in fine form on the back of an impressive Euros campaign that saw France crash out against Hungary.

However, after rumours of his desire to leave, The Athletic reports that Saturday's win over Newcastle, the arrival of Cristiano Ronaldo and other recruitment has led to much improved feelings from the Frenchman to the club.

Alongside the Portuguese star's homecoming and the buzz it's created, the signings of Jadon Sancho and Raphael Varane have contributed to the midfielder being much happier at the club and a possible turn around in contract fortunes.

The arrival of such stars and Ronaldo’s homecoming have meant Pogba is now leaning towards staying, instead of leaving for European giants Real Madrid or PSG.

However, from January, he will be able to talk to other clubs and United are planning for the worst case scenario if the Frenchman does leave.

Talks are due to resume soon, but their success will be down to United’s own this season.

How the club does this season will be a significant factor in the Frenchman’s decision over whether he stays or not.

After such a positive start to the league, Pogba will look to get United’s European campaign off to a good start with tonight’s opening group game against BSC Young Boys.