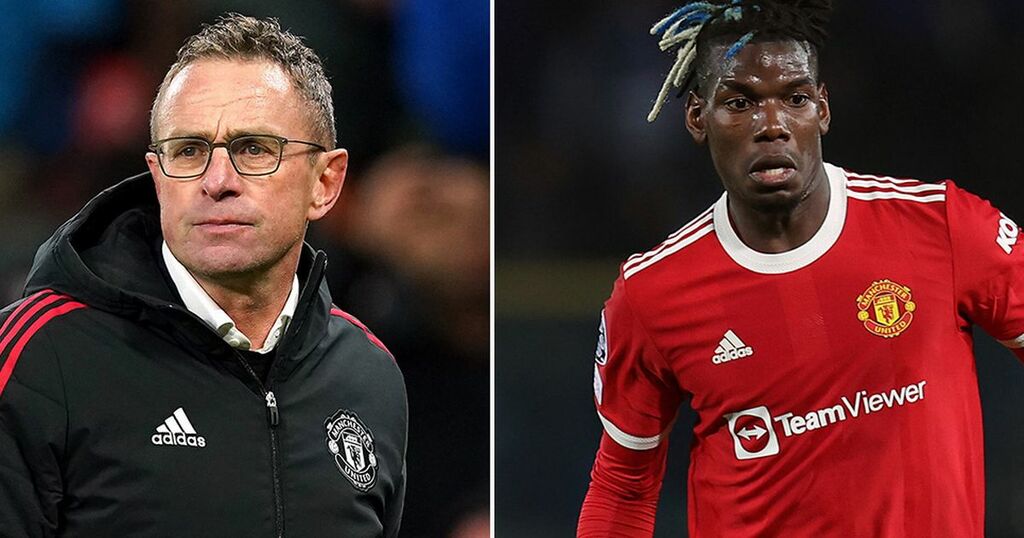 Paul Pogba will not return to action for at least six weeks, according to Manchester United boss Ralf Rangnick.

Pogba, who has not played since November 2 after suffering a thigh injury on international duty with France, was expected to be available for United by the new year.

But interim boss Rangnick said Pogba – out of contract this summer – will be sidelined for a further four weeks and two weeks on top of that before he is fit enough to be in contention to play.

"As far as I know, I was told a week ago, it would be a minimum of at least another four or five weeks before he is fit for training again," Rangnick told club media.

"I saw him this morning before the training session, he was in the locker room, and I hope he will be back as soon as possible."

Will this be Paul Pogba's final season as a Manchester United player? Have your say in the comments...

Rangnick was reluctant to put a specific date on Pogba's return as the 2018 World Cup winner will not have played football for three months by the time he fully recovers.

The German added: "Right now, he’s not been part of the training group and, even if he was back whenever, two, three or four weeks, it will take some time.

"It’s one thing to be training fit but, on the other hand, he needs to be fit for the match and competition in either the Premier League or the Champions League and this will still take some time."

Pogba's latest Premier League appearance for the Red Devils came in October's 5-0 drubbing at the hands of bitter rivals Liverpool.

The midfielder came on at half-time and was given his marching orders just 15 minutes later after a reckless lunge on Reds midfielder Naby Keita.

With Pogba's spell on the sidelines extended, Rangnick's options in the centre of the park are limited, but he has vowed to play as strong a team as possible against Aston Villa in the FA Cup on Monday night.

"We will definitely not play with eight or nine different players," he told MUTV

"Or even 10, as we did against Young Boys in the Champions League.

"We will try to play with the best possible team, with a strong team. There might be a few changes but I haven't taken the final decisions yet myself.

"We will definitely try to play this game as if it was a normal Premier League or Champions League game."