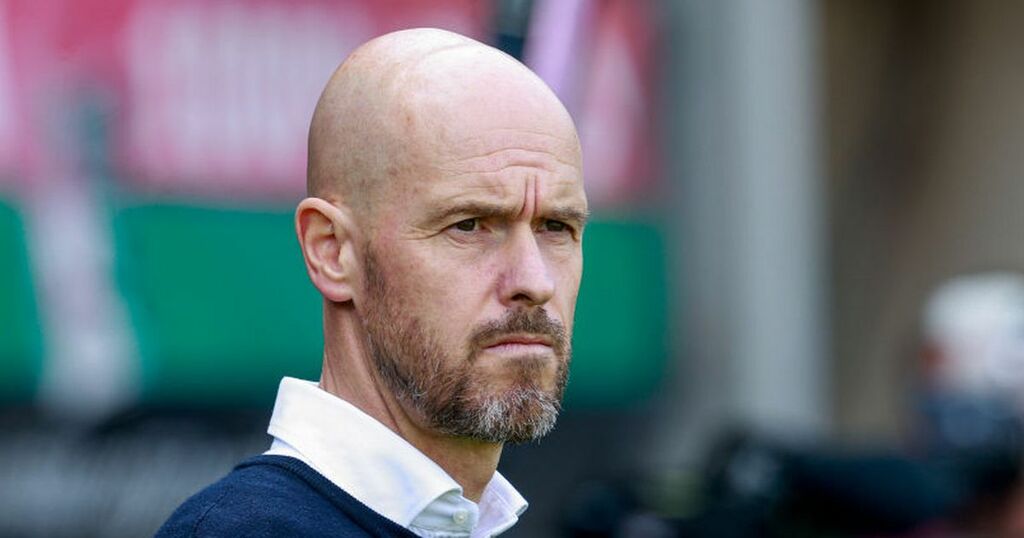 Erik ten Hag will take charge at Manchester United ahead of the start of next season.

David Moyes has confirmed Said Benrahma is likely to be fit for West Ham season’s finale against Brighton on Sunday.

Newsroom.co.nz
Are the Mets Fundamentally Cursed? This Is the True Litmus Test.

Somehow, the Metaphorical Mets keep winning despite everything going wrong.

The Japan Automobile Manufacturers Association talked about its future plans, including renaming the Tokyo Motor Show to better reflect the…

Juventus believe they have made an offer which makes them favourites to sign Paul Pogba.

World Cup winner Pogba, 29, is leaving Manchester United this summer when his contract expires and the Italian giants are now in pole position to sign him for a second time. Paris Saint-Germain have also made Pogba an offer while the France midfielder is waiting on Real Madrid to see whether they will make a concrete move.

Juventus are ready to offer Pogba £8m-a-year - which is £160,000-a-week - plus a huge bonus package and signing-on fees which makes it a lucrative deal even if the basic salary is not one of the biggest in football terms.

They are also selling him a vision that he would be a huge star and the main man in the future of the club after signing Dušan Vlahović from Fiorentina for £62m in January while Paulo Dybala and Giorgio Chiellini are both set to leave this summer. Juventus want to build their team around him and see Pogba as one of the best midfielders in world football despite his turbulent six years at United. Pogba joined Juventus as a teenager from United in 2012, then went back to Old Trafford in 2016 for £89m - and now the Italians hope to nick him off United again and this time on a free transfer.

It would be a remarkable return for Pogba who enjoyed his first spell at Juventus and, even after a mixed six years at United, Europe’s top clubs are all keen on him. Pogba has dreamed in the past of a move to Real Madrid but is now waiting on the Spanish giants but it would seem that Juventus are more keen than PSG and are pushing hard. Manchester City were offered the chance to sign Pogba but the United midfielder has decided against moving to another Premier League club and wants to make a fresh start.

Meanwhile, former United defender Jaap Stam has backed new United boss Erik ten Hag to bring a calm assurance to the club. Stam came up against Ten Hag during his time managing in Holland and revealed his fellow Dutchman is a cool customer. “From what I know, he’s quite calm on the touchline,” Stam told United's website.

HAVE YOUR SAY! Will United miss Pogba? Let us know in the comments section

“He’s not very busy – he’s not running up and down. His style is that he’s quite calm and he’s quite clear to his players before the games in terms of what he’s expecting from them. Sometimes he brings them to the touchline to say ‘OK, maybe you need to do a little bit more of this or that’. That’s what you see from games in Holland, but the majority of the time he’s quite at ease when he’s on the touchline and on the bench."

Stam also backed Donny van de Beek, who is currently on loan at Everton, to revive his United career under Ten Hag. He said: “I think Donny is a good player, we’ve seen him in Holland and when he was at United he didn’t always get the opportunity to play. I don’t know why, because of certain reasons, it’s difficult to say from the outside that this is it, but from what I understand, and what I know, for a player to produce and do well, he needs to have other players around him who can produce and bring him to a certain level, because then it’s easier to step up for yourself as well.

“If you’re making choices with the players who are already there and who to keep within the club and also who to bring in: is that the perfect fit with how you want to play on the left, on the right, in the middle, up front? To have that ideal partnership, basically, to do well and get results. It could be possible that when Donny comes back in, he’s going to perform next season, but it’s very important for him as to who he’s going to play with in midfield, for instance, if he’s going to be playing there. That’s for him, but it’s also for 10 or 15 other players maybe the same situation.”

Erik ten Hag will take charge at Manchester United ahead of the start of next season.