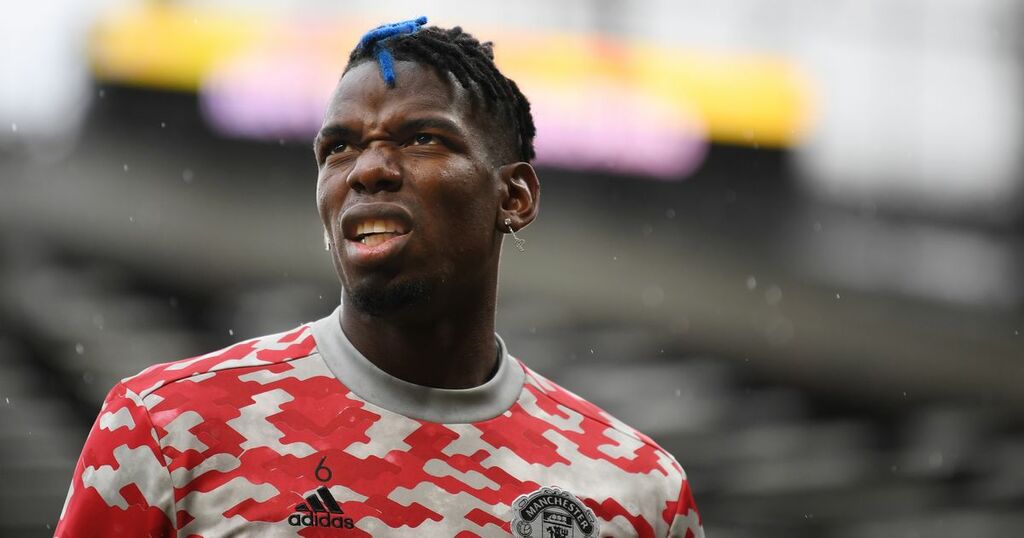 There was always going to be some talk about Paul Pogba during the international break. There always is.

United's midfielder is always the subject of speculation and it's intensified in recent weeks because he's into the final 12 months of his contract with the club.

According to an article from French outlet L'Equipe, Pogba is no longer hiding his desire to extend his United contract, which will make him become one of the best-paid players in Premier League history.

United sources have told the MEN they are accustomed to being at the centre of transfer talk and aren't concerned at the prospect of speculation over Pogba's future intensifying if he doesn't sign a new deal before the end of this year.

A few years ago, Pogba expressed his desire for wanting a "new challenge" after growing increasingly frustrated at United failing to compete for major trophies. It's all he's ever wanted.

The 2018 World Cup winner has caused a split with the United fanbase since his time at the club. Some say he should stay, whilst others think he should go. The ones who do want him to leave mainly argue that his agent, Mino Raiola, causes too much trouble, so it's not worth the hassle to keep him at the club.

However, there is a general consensus that Pogba is a world-class talent and United will miss him dearly if he decides to move elsewhere.

One of the biggest problems for Pogba at the moment is that there isn't a holding midfielder at United to compliment his needs as a footballer. By that, I mean he is best in that number eight role, as we've seen with France, but he needs the freedom to join in on attacking opportunities. He can't do that without a specialist defensive playmaker next to him.

Pogba might be swinging towards staying at United because that's the only missing piece at the moment. When he wanted to leave, he wanted the club to show the same desire as him in building a team capable of challenging. They now have that with the likes of Jadon Sancho, Raphael Varane, Bruno Fernandes and Cristiano Ronaldo.

So, what else has changed?

Well, it would be wrong to rule out the fact that United now have one of the most exciting squads in Europe and the teams that were linked to Pogba, like Real Madrid and Juventus, look like, on paper, they are in a worse position with their teams. United feel like the most suited option for him.

He's also getting game time under Ole Gunnar Solskjaer. Although he was dropped for the 1-1 draw against Everton, he's still played in the majority of United's matches and has already registered seven assists so far this season.

But if Pogba does stay, does that impact other players? There's one individual whose future is already up in the air and that man is Donny van de Beek.

To understand why van de Beek's future will be even more in doubt if Pogba stays, we have to rewind the clocks back to the summer of 2020.

At the time, United were after a midfielder to add more squad depth and competition for those already in the starting line-up. Someone who could rival the likes of Pogba and Fernandes in the first XI.

Jack Grealish was widely regarded as United's preferred choice, but he was eventually priced out of a move by Aston Villa. Ed Woodward and the board didn't want to pay the reported £80million price tag in a Covid-infected transfer market.

Instead, United brought in van de Beek from Ajax for around half of what Villa were asking for Grealish and supporters thought United got a bargain. He was one of the brightest talents in Europe at the time.

There was also no doubt that van de Beek was brought in because people expected Pogba to leave. The plan was always to integrate The Dutchman and give him more game time once Pogba left. Even Grealish was tipped to be Pogba's replacement.

If Pogba did stay then, you'd have to fear even more than you may now for van de Beek's future at Old Trafford. Where is he going to get the game time? We all know Solskjaer prefers Pogba, having promised to build a team around him when he did want to leave.

It remains to be seen whether Pogba will stay, but he certainly implicates the future of van de Beek, whatever he decides to pick as his next move.

Will Pogba stay? Follow our United On My Mind writer Omar Garrick on Twitter to get involved in the discussion and give us your thoughts on the matter in the comments section below