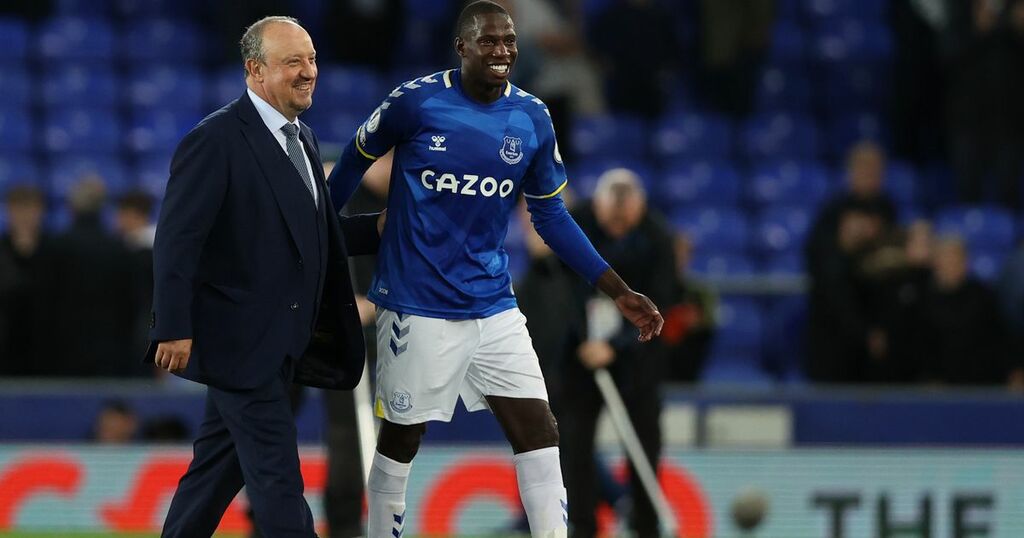 Abdoulaye Doucoure has been compared to Paul Pogba following Everton’s strong start to the new season.

The midfielder has been somewhat of a talisman for Rafa Benitez , who has prioritised playing the Frenchman in a more advanced role.

A £20m signing from relegated Watford last summer, Doucoure got his second campaign in a Blues shirt off to a perfect start as he scored Everton ’s second in their 3-1 comeback win over Southampton at Goodison Park on the opening weekend.

“I don’t want to cause a controversy here, but he’s a bit Pogba-lite.

“He’s so gifted and so talented, can do so many different things. He’s used to playing defensive but then at Watford at times he played as a ten.

“Even today, he can pass it, he can link it, he scored a goal which was disallowed. I think he’s something really unique and different in that side. When he plays like that, he’s unplayable.”

The 28-year-old is uncapped by France but has shown real quality at the heart of Everton’s midfield under Benitez.

Despite being denied a second goal of the season by a narrow offside against Burnley, he was pivotal to the team’s incredible three-goal turnaround.

He provided the assist for Andros Townsend’s wonder-goal, before playing a defence-splitting through ball for Demarai Gray to complete the scoring.

His performance at Goodison Park means he has already contributed four combined goals and assists in as many games, just one short of his overall total for last season.