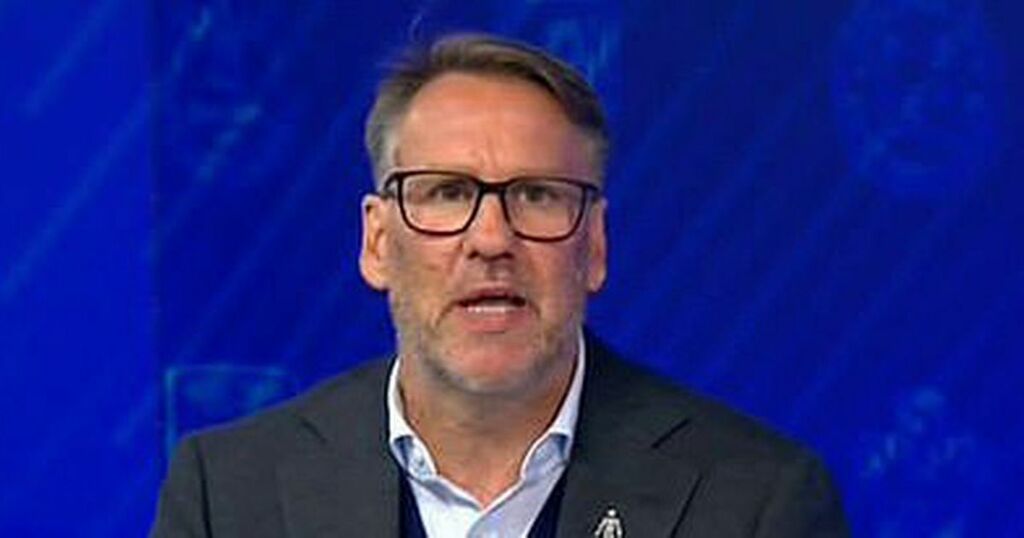 Cristiano Ronaldo showed the Premier League exactly what they'd been missing after the forward fired a brace on his return to Old Trafford.

The 36-year-old re-opened his account for Manchester United just before half time, and restored his side's lead with another on the hour mark as Ronaldo's homecoming was marked with an impressive 4-1 win against Newcastle.

There were some doubts about which type of Ronaldo was going to arrive back in Manchester, but the five-time Ballon D'or winner seemed to squash any negativity about the impact he can impose upon his return.

However, it seems Paul Merson still isn't convinced about the deal.

Much to the disappointment of many fans, United's clash against Newcastle wasn't televised live in the UK, leaving thousands scrambling to Sky Sports' Soccer Saturday programme, who covered commentary on the game in their weekly 3pm slot.

Merson was covering the game at Old Trafford and didn't hold back when offering his opinion on why Ronaldo's transfer back to United concerns him.

The Soccer Saturday pundit said: "He’s just not going to be the player that beats players, you watch them when he was at Man United before he was extraordinary.

"The stuff he was doing, foot-overs... my tele fell off the stand once, the camera man went, the lot. He was just that good.

"He will score you goals if you put the ball in the box, Ronaldo need’s crosses in my opinion.

"You've seen it against the Republic of Ireland, put it in the box the man, he’s a finisher, they play with two wingers who don’t cross the ball.

"They play with Sancho who cuts inside and has a shot, [Mason] Greenwood on the other side who wants to come inside or even go outside like he did against Wolves and have shots."

Ironically it was Greenwood's shot that actually led to Ronaldo's opening goal, as he was quick off the mark to highlight his poachers instinct and fire United ahead.

Merson went on to criticise Ronaldo, as he claimed: "He’s just not the same player, still a great player but if he wins the Premier League at Manchester United that’ll be the biggest thing in his career, this is the hardest league in the world."

The pundit wasn't finished yet, as he questioned the validity of the Italian league, claiming that Ronaldo's numbers for Juventus wont necessarily equal success back in the Premier League.

"He's done great but that’s the Italian league, they didn’t look like winning the Champions League which is what he was brought in for," he added.

"People go ‘ah they sold him they couldn’t afford him’ they are a wealthy club Juventus, if they knew they were going to win the Champions League or had the chance, Ronaldo would still be playing there.

"If Man City didn’t come in for him, he wouldn’t be at Man United."

Merson was left to eat his words as Ronaldo fired in his second to put United back on track against Newcastle, but time will tell to see if Ronaldo can keep performing at this level for the season ahead.