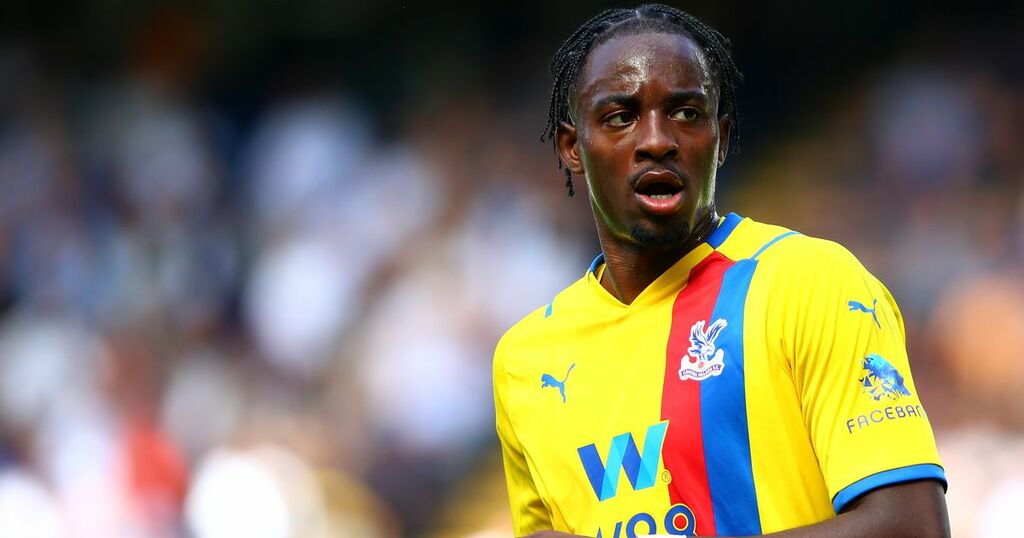 Patrick Vieira has said the recent form of Jean-Philippe Mateta is making it much harder for him to decide who to start up front in Crystal Palace's games.

The on-loan Mainz striker has come back in from the cold to feature in the last four games for Vieria, having previously made just three appearances all season for the club.

He has since found the net twice for the Eagles in games against Norwich and Millwall and is forcing his manager to reconsider his options up front.

Christian Benteke and Odsonne Edouard have been Vieira's preferred choices this season, though the former has not found the back of the net since a brace at Turf Moor back in November.

Asked in his press conference on Thursday whether Mateta had won him over with his performances of late, Vieira said: "I think it’s been really challenging for him. Since he’s been at this football club, he’s not had that much chance to play.

"But every time the team needed him to perform, he gave his best. He was rewarded by a couple of goals he scored.

"He is a part of the squad, and he is available such as everybody else. Then I have to make a decision, but he is working well every single day and is making it really difficult for me to choose the forward players."

At one point this month it seemed likely that Palace would allow Mateta to cut short his 18-month loan in order to join Ligue 1 side St Etienne, with the club's head coach Pasca Dupraz even revealing he had been speaking to the striker on the phone regularly.

However, with no replacement lined up for Mateta - coupled with his recent form - it now seems he'll be staying put in south London for the time being.

Asked what the forward had done in order to force his way back into contention, Vieira added: "Physically I think he needed to get back to his best. I think there are still a couple of steps to go, but to go through those steps, you need to play games

"At the moment, he didn’t play a lot because I chose other players, but he has to be patient and wait for his time to play games."

Mateta will likely be in contention for Crystal Palace tonight when they take on fierce rivals Brighton at the Amex Stadium.

The Seagulls are without captain Lewis Dunk at the back, though are boosted by the return of Adam Webster to their backline.