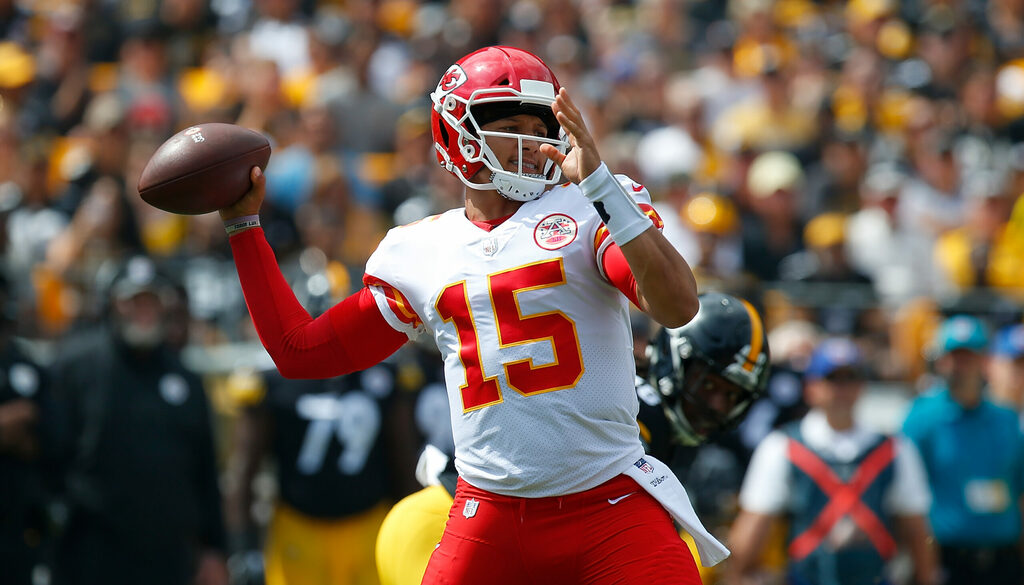 If you want to get to Patrick Mahomes and limit his performance when the Chiefs’ offense is fully healthy, that’s obviously a tall task. If you want to do so in September, that’s even tougher. Through his NFL career and three full seasons as Kansas City’s starting quarterback, the Chiefs have never lost a game in September — they’re 10-0 — and Mahomes’ stats are just bizarrely great. He’s completed 250 of 370 passes (67.6%) in Septembers in his career for 3304 yards (8.93 yards per attempt), 32 touchdowns, no interceptions, and a passer rating of 124.4. That’s pretty good. Mahomes has also been sacked just nine times for 50 yards in the first month of his three starting seasons, which has a lot to do with it.

As Andy Reid said this week, the fact that opponents don’t have a ton of regular-season tape to judge what Kansas City’s offensive tendencies are also helps.

“For the first three games, that’s the way it is. Once you get past that third game, now you’ve got at least some data. So, it’s that way for everybody and it’s that way on both sides of the ball. Not that there’s always – they could do this, you come into it new and fresh, and you expect there will be something you haven’t seen, and you have to adjust to it.”

For Mahomes, getting started quickly out of the gate has to do with an overall mentality.

“I think we just stress the importance of starting the season fast. We have a very tough training camp as everyone knows. We really compete and go at it every single day at practice, and I think prepares us to be ready to go from day one. I think just stressing the importance of – we’ve kind of come out, in my time at least with a lot of really good football teams up early in the season and we know that if you lose a game in September it could cost you at the end of the season as far  as seeding if you’re trying to get into the playoffs. So, we just stress the importance of knowing that we’re playing against really good football teams in the beginning of the year.”

Now, it’s up to the Browns to become the first team to make Mahomes look mortal in the first month of a season. Cleveland has a radically rebuilt secondary this season, and one of the reasons they did that was because they had no deep safeties, but… in September, 2020, against the Ravens, Bengals, and Washington, the Browns allowed 79 completions on 124 attempts (63.7%) for 831 yards (6.7 yards per attempt), eight touchdowns, and just three interceptions.

Denzel Ward, Cleveland’s best cornerback, allowed two of those touchdowns, so it’s not just about the new safeties. And the last time we saw Ward, he was getting completely turned around by Chiefs tight end Travis Kelce on this filthy pivot route in the divisional playoffs.

So. As high as we all are on the Browns this year, and justifiably so, facing Mahomes again brings its own set of complications. In September, the math turns from simple multiplication to advanced algebra. This afternoon, we’ll see how the Browns will counter this stark reality.