On Sunday, Swanson was back in the office talking strategy with her chief-of-staff.

The incumbent took the seat with 53.35 per cent of the two-party preferred vote, after a strained campaign against Liberal candidate Brooke Vitnell.

Swanson said Paterson was evidence you can't buy the hearts, minds or votes of the electorate - despite an "extremely well-connected and well-resourced" Liberal campaign.

"They did throw everything at me and Labor, and it was a pretty vitriolic and petty campaign they ran in many ways, I think the prime minister came to my seat no less than half a dozen times," she said.

"They had an enormous advertising spend with what a lot of people told me was an offensive amount of signage, they gave it their best but I still increased my primary vote ... I'm really proud of our campaign and the volunteers we had working on it."

Vitnell rebuked Swanson's claims and said they were "incredibly disappointing".

"The only vitriol and misogyny came from Labor branch members and volunteers towards myself and my volunteers," she said.

"I ran a very hard-fought campaign and gave it my best, I am really proud that despite a swing against the government across the country I received a swing on primary to me here, one of the only Liberals in the country to do so, I'm proud of resonating with voters here as well."

She said she would be watching keenly to make sure Labor fulfilled its commitments to the electorate.

The drama was almost forgotten on Saturday night, as Swanson claimed victory surrounded by her husband, daughters and supporters.

Labor promised roughly $15.5m in funding to the Paterson electorate, compared to an expected $28.9m spend under a Coalition government.

Throughout her campaign she has been vocal about PFAS contamination, and said the Labor government plans to hold an independent review with Defence, residents and stakeholders to explore acquisition and rezoning.

"It's just been completely abandoned by the old government, people were left hung out to dry so now we have formed government we will follow through on our promise of an inquiry to see how these people can move forward with their lives," she said.

Swanson said Labor will deliver a Medicare licence for the MRI machine at Maitland Hospital - meaning the whole community, not just inpatients, can access affordable imaging.

The party committed to reversing $500,000 in annual Liberal cuts to the Hunter's GP Access After Hours service - arguing it will act on the region's GP shortage by making it a Distribution Priority Area.

"I think it will make a big difference, people will have better access to doctors and healthcare they need and an MRI licence for the Maitland Hospital under the Labor government so I'm very happy about that," she said.

Labor promised $5 million in funding for a new Veteran Wellbeing Centre in the Port Stephens and Maitland region.

"There will be a proper tendering process for that and a lead agency that takes that up, it will be a great boost for the veterans who served their country that need to be looked after," she said.

Housing affordability and the cost of living are high on her priority list, arguing Labor will cut the cost of things like childcare and energy bills.

Part of that, she said, will come down to renewable energy policies creating more jobs and lower emissions.

On a visitor to the Kurri Kurri in February, Prime Minister Anthony Albanese announced Labor would ensure the new $600 million gas-fired power station "stays open" run by gas, but with 30 per cent green hydrogen "from the beginning" with a goal to power it fully in the future. The party promised it would allocate up to $700 million in extra equity investment to Snowy Hydro. 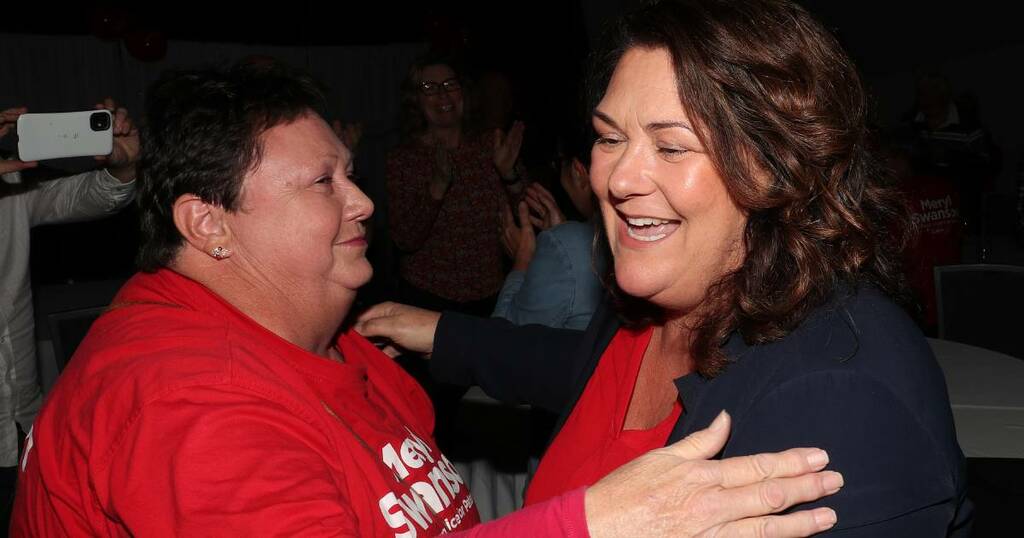