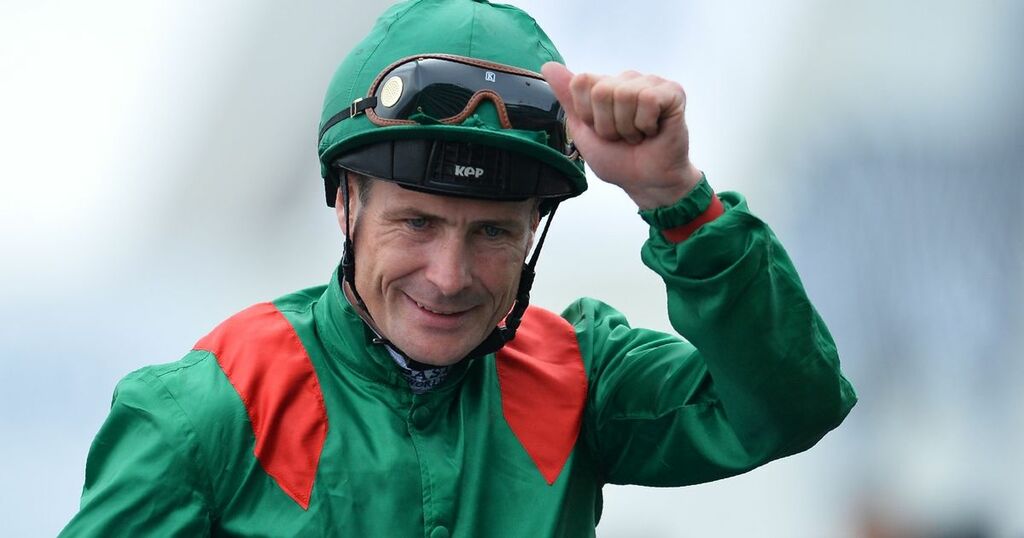 Pat Smullen's weighing room friends have paid an emotional tribute to him on the first anniversary of his passing.

The Offaly man's fellow riders gathered with the Newbridge Gospel Choir to record their version of Ben E. King's classic 'Stand By Me'.

Featuring impressive solo parts from jockeys Declan McDonogh and Donagh O’Connor, many of Smullen's closest friends gathered to remember the legendary rider, wearing some of the silks he made famous over the years.

Smullen died after a battle with pancreatic cancer, with the former champion jockey raising money for cancer research right up until his death.

And on September 25 a charity cycle will take place from Laytown Beach to the Curragh Racecourse to raise money for Cancer Trials Ireland in memory of Smullen.

The Coast to Curragh charity cycle will take in seven racecourses and two stud farms for a 155km total.

Cyclists can join at any of the racecourses or stud farms and choose to cycle a variety of distances from 12km/25km/30km/55km/80km/110km or the entire 155km.

To take part in the cycle, just register on the events page on the Cycling Ireland website. You can donate on the Coast to Curragh GoFundMe page, or you can email coasttocurragh@gmail.com for a sponsorship card. Sponsorship cards are also available in all Paddy Power shops.

Follow updates below or sign up to our sports newsletter here for the latest headlines to your inbox.