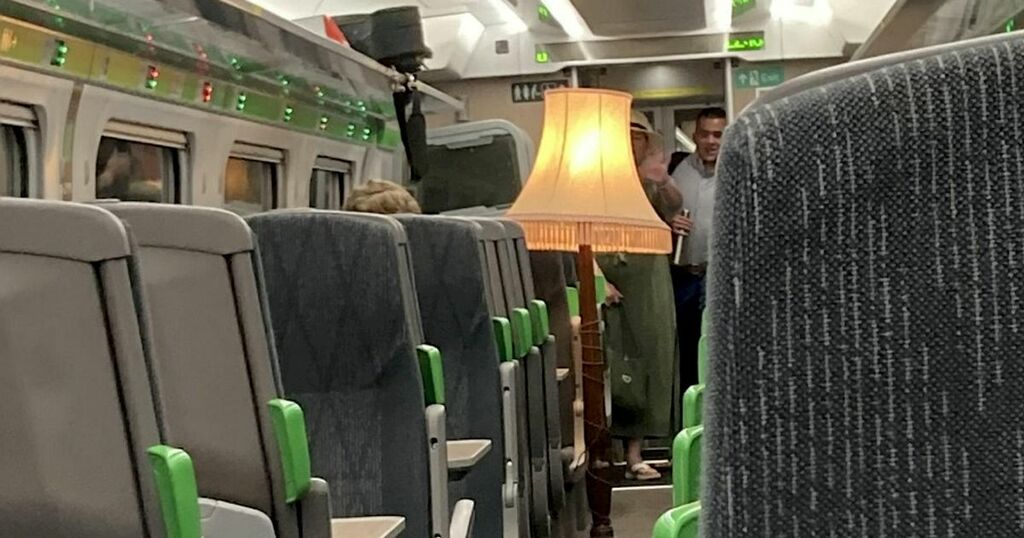 Passengers were de-lighted when a man boarded a train and plugged in a giant old fashioned lamp in the middle of the aisle.

The amusing sight was spotted on the Great Western Railway train from London Paddington to Kemble, Gloucestershire.

Clare Austin, 47, a journalist from Kemble, said: "I was heading home from London after attending the opening of British Beauty Week with a friend and I noticed the lamp as soon as I got on the train.

"I was thinking what a nightmare it would be trying to wrestle something that unwieldy home on the train.

"At some point on the journey, I realised the owner had plugged it in!

"The train was quite quiet as it was late in the evening but it certainly proved a talking point with the passengers and definitely brightened up everyone’s journey."

After she posted a photo online, Stroud musician Robbie Humphries fessed up to being the lamp owner in the pic, taken on Thursday (9).

He said: "For all those interested, the lamp made it home safely to Stroud and will be illuminating the five valleys for many years to come.

"Will also be available for brightening moods and illuminating after dinner engagements."