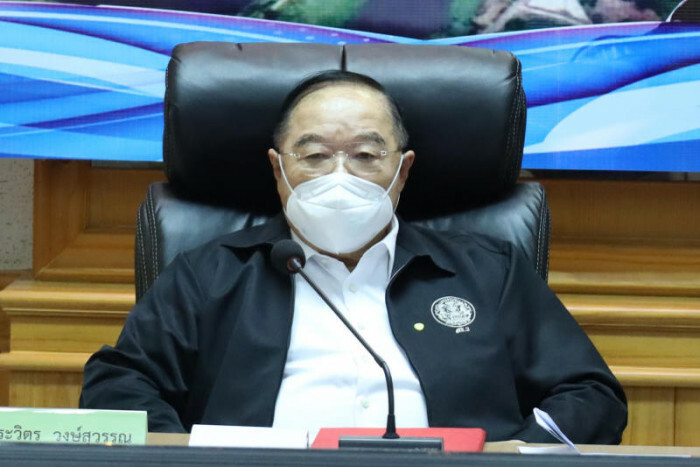 All eyes are on the ruling Palang Pracharath Party (PPRP) which is expected to nominate two more prime ministerial candidates as a back-up in the next election just in case Prime Minister Prayut Chan-o-cha, the top candidate, has a political accident costing his premiership.

Previously, a rift emerged between the two brothers in arms, Gen Prayut and Deputy Prime Minister and PPRP leader Prawit Wongsuwon, after the dismissal of Capt Thamant Prompow as deputy agriculture minister.

Capt Thamanat was sacked as deputy minister, as was Narumon Pinyosinwat, who was dismissed as a deputy labour minister.

Their dismissals came after Capt Thamanat was accused of plotting to topple Gen Prayut from power, by persuading some MPs within the PPRP and smaller coalition parties to vote against him in the no-confidence debate last month.

The PPRP has also been beset by rifts among factions as Col Suchart Chantarachotikul, the former chief political strategist for the PPRP's southern region, announced he will leave the PPRP along with a group of southern MPs to join a new party.

The new party was set up by a former permanent secretary for interior Chalerm Promlert, who is a close associate of Interior Minister Anupong Paojinda. The party is said to be a backup for the PPRP and Col Suchart claimed that Gen Prayut would also move to join the new party.

However, sources said Gen Prawit was upset with Col Suchart's move, and he had to phone to talk to those southern MPs who assured him that they would not defect to any party as claimed. The PPRP recently moved to hose down rumours of the rift between Gen Prayut and Gen Prawit as the ruling party nominated Gen Prayut him as its prime ministerial candidate in the next poll.

However, hurdles remain as controversy surrounding the end of Gen Prayut's tenure as PM has emerged. The opposition and some academics are insisting that his term will end on Aug 24 next year, as the constitution bars anyone from serving as premier for more than two four-year terms -- regardless of whether the terms were served back-to-back or not.

They maintained Gen Prayut's time as prime minister began in 2014, as the head of the National Council for Peace and Order, which seized power in a coup.

The issue is fiercely debated as it serves as an indicator of when the next poll will be held. The opposition parties are expected to petition the Constitution Court to rule on the issue.

And despite rumours about a rift between Gen Prayut and Gen Prawit, the latter said there is no conflict between them. The ruling party is united and in unanimous agreement on all important matters, he added.

The internal conflict within the ruling party and the issue over Gen Prayut's tenure are spelling uncertainty for the PPRP's plan for the next poll, observers said.

A PPRP source said Gen Prawit is looking for two more prime ministerial candidates as back-ups in case Gen Prayut loses his premiership early as a result of the legal dispute over the end of his tenure. "One potential candidate is Gen Wit Thephasadin Na Ayutthaya, a former assistant army chief, who has close ties with Gen Prawit,'' the source said.

Currently, Gen Wit serves as chairman of the PPRP's strategic committee following the dismissal of Capt Thamanat from the cabinet, he said.

"Another is Piraphan Salirathavibhaga, an adviser to the prime minister,'' he said. Last week, Mr Piraphan was assigned by Gen Prayut to serve as adviser to the PPRP leader, the source said.

One source said Mr Narongsak might be nominated as another PM candidate under the PPRP banner. Gen Prawit wanted to talk to him in person, the source said.

Mr Narongsak was dubbed as a hero who helped plan the rescue for the kids from Moo Pa football team in Chiang Rai who were stuck in a cave in Mae Sai district when he was Chiang Rai governor a few years ago.