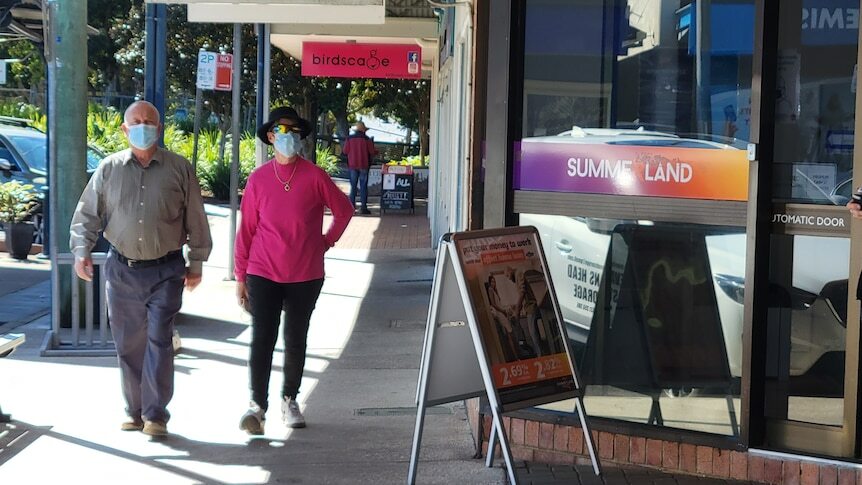 Parts of regional and remote NSW will be released from the statewide COVID-19 lockdown on Friday at midnight, government sources have told the ABC.

The Mid and North Coast of NSW, as well as areas across the Riverina, and the Murrumbidgee regions, will all be free from lockdown restrictions.

The ABC can also reveal regional travel is set to resume when the state has 70 per cent of its adult population fully vaccinated.

The Friday, September 10 exit was the date originally flagged.

Regional and rural NSW entered a lockdown with greater Sydney on August 13, as the state recorded 466 locally transmitted cases. From those 26 were in Western NSW in the Dubbo area and 16 were in the Hunter New England area.

In its COVID-19 update on Wednesday, NSW Health said there were a further 27 cases from Dubbo, 15 from the Central Coast and 11 from Hunter New England.

Deputy Premier John Barilaro said that areas beyond the transmission sites, like the Mid-North Coast and Tamworth, should not be in a continued lockdown.

"You can't suppress what doesn't exist," he said.

"You can actually broaden it out to 30-plus LGAs that pick up that region where there have been no cases."

Mr Barilaro said restrictions should be lifted in the Riverina.

"Regional Victoria has announced they are coming out," he said.

The rest of the roadmap for NSW coming out of lockdown will be revealed on Thursday by Premier Gladys Berejiklian.

Ms Berejiklian said the path out of lockdown was in its final stages as the state neared a 70 per cent double dose vaccination rate.

"We're discussing the road map every day and what life looks like," she said.

"Everybody who is vaccinated at 70 per cent double-dose vaccination will enjoy much more freedom than we experience today."