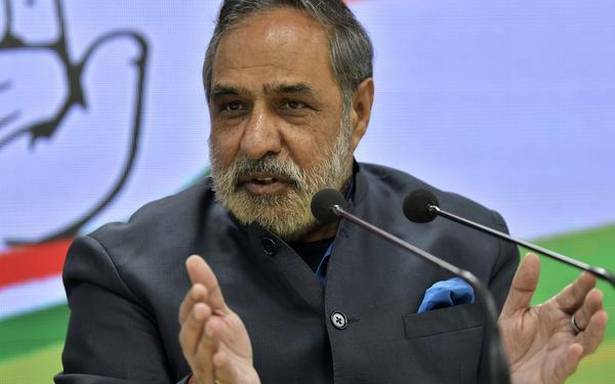 Confirming that Mr. Sharma has written to the Home Secretary, a source on Wednesday told The Hindu that the head of the parliamentary panel on Home Affairs asked the Home Ministry to coordinate with other concerned Ministries and submit a response to the panel by January 20.

The panel, thereafter, plans to take up the issue for discussion, the source cited above said.

Mr. Sharma’s move comes after the Trinamool Congress (TMC) leader in the Rajya Sabha, Derek O’Brien, citing a report in the news portal, The Wire, demanded a meeting of the parliamentary panel on Home Affairs and wrote to Mr. Sharma.

On January 6, The Wire had reported that people associated with the Bharatiya Janata Party’s (BJP) IT cell were purportedly using the Tek Fog app to take control of inactive WhatsApp accounts, send messages to frequently contacted numbers, and “hijack” trending topics on social media platforms like Twitter.

In his letter to Mr. Sharma, the TMC leader wrote, “The existence and usage of manipulative technologies like Tek Fog is a severe danger to national and citizens’ security, a violation of our Fundamental Rights to Privacy and Free Speech, an exploitation of public discourse, and a defilement of the country’s democracy and security.”

Congress leader Adhir Ranjan Chowdhury too is said to have written to Mr. Sharma to ask for a meeting on Tek Fog.

Separately, the Editors Guild of India had issued a statement in which it urged the Supreme Court to take note and order a probe.