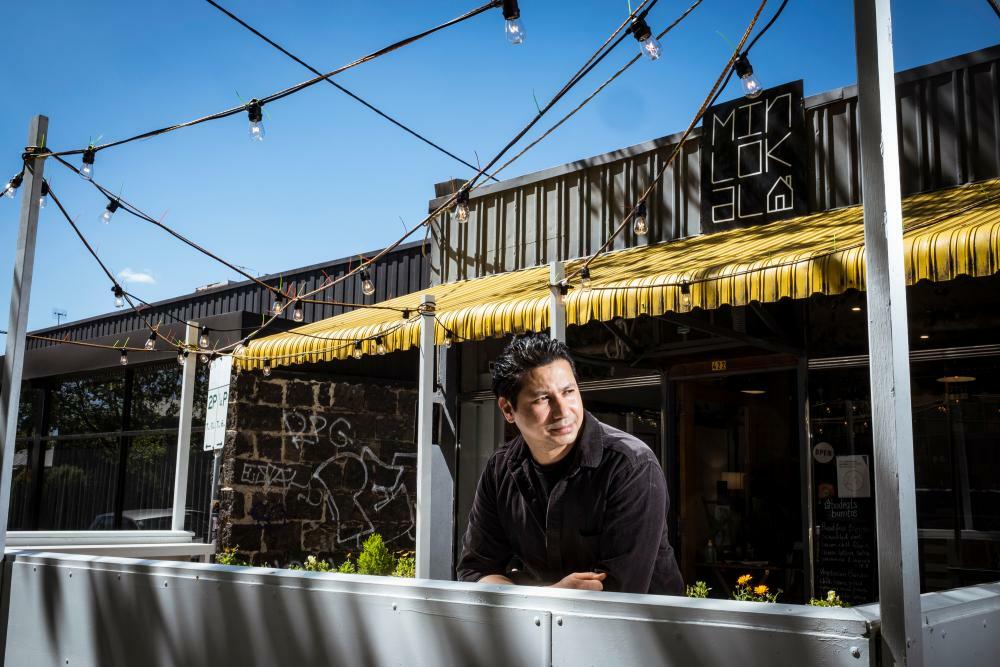 One of the silver linings of the pandemic has been the rise of outdoor dining and drinking, with councils across Australia allowing previously precious car park spaces to be transformed into alfresco “parklets”.

But now, as New South Wales and Victoria prepare to reopen and resume business as Covid-usual, turf fights are breaking out as councils move to reclaim outdoor spaces or charge struggling eateries and pubs fees for their continued use.

In Melbourne’s City of Yarra, which includes the trendy suburbs of Fitzroy and Richmond, some businesses are being told they need to fork out up to $5,000 a year for every car park space used for outdoor dining.

In Sydney, a popular pub in Marrickville could be forced to drastically reduce its outdoor dining after the Inner West Council knocked back its plan to permanently convert a large car park into a beer garden.

Earlier this week, the Yarra council voted to start charging businesses up to $5,000 to lease parklets out the front of their premises. The fees will be charged at 25% from 1 April 2022 before being enforced in full from October.

Local businesses, some of who have already forked out thousands of dollars to design and build dining decks, say the fee is unfair considering neighbouring councils are charging far less or nothing at all.

Businesses in the City of Melbourne will have parklet fees waived until late March 2022. They’ll then be gradually increased to up to $8,000 in 2023.

Mal Panthi owns Min lokal, a small cafe in the backstreets of Fitzroy. He forked out $10,000 for his deck and will have to pay the council an extra $2,250 a year for it when full fees kick in.

He doesn’t know when he might get that money back.

“Closing for almost two years, we’re running at a loss. The only reason we’re not giving up is that it’s taken seven years to build this business,” he said. “I want to stay here, try to survive and get out of this.”

Panthi said the neighbouring Melbourne city council was looking after its struggling businesses much better than Yarra city council.

“Melbourne city council, they put planter boxes up, the council comes in and does gardening. In the city of Yarra, they should look after us better,” he said.

On Tuesday, the City of Melbourne Council also voted to “gift” $1.1m worth of dining parklet infrastructure to businesses.

The lord mayor, Sally Capp, said she was “delighted” with the unanimous vote. She said eliminating permit fees would help more than 1,000 city business owners take advantage of the unique opportunity to trade outdoors.

“Traders within the City of Melbourne have been the hardest hit of any in the country,” Capp said. “We have made it our mission to make outdoor trading easy for them so they can welcome back as many customers as possible when we hit the 70% double-dose vaccination target.”

Other councils in Melbourne, such as Darebin, have not flagged any push to implement fees, and Stonnington council is considering waiving its $1,200 fee.

Evelyn Lau owns A Thousand Blessings cafe in Richmond inside the Yarra council area. The cafe is taking up three parklets and she will have to pay $7,500 if she wants to keep them permanently.

“We as businesses have no leg to stand on because it’s what the council has decided to do.”

Yarra mayor Gabrielle de Vietri defended the fee increase saying the council was the first to implement a permanent parklet agreement with businesses.

“We want them to be a permanent part of our life, that’s what we’re voting on. It’s a new policy about making it a sustainable long-term feature,” de Vieri said.

“In the long term, when business is thriving, we are asking those businesses to contribute to the cost.”

Melbourne city council could afford to subsidise the parklets because the state government had given them hundreds and thousands of extra dollars, she said.

The Yarra mayor said if lockdowns continued next year the council would reconsider the fee, but, she stresses, money was needed to make up for lost revenue caused by a reduction in metered car parks.

“The fact we can use these spaces to socialise in and create life is so exciting. That’s something that we’re missing,” she said.

In the City of Sydney, the council is waiving all outdoor dining fees until June 2022.

The lord mayor, Clover Moore, said the council was working with the NSW government to create a 24-hour alfresco city that would help kickstart the city’s recovery from the economic impact of the pandemic.

“We need to allow and encourage businesses to operate outdoors, and we need to support our creative and cultural life to activate and draw people back to our city, safely,” Moore said.

But some NSW councils are being accused of making it hard for businesses to embrace an outdoor summer.

Inner West Council staff have recently rejected a proposal from The Vic On The Park to keep using its car park as a beer garden – citing concerns about parking, traffic and noise impacts.

A petition to save the beer garden at the pub, which is owned by Justin Hemmes’ hospitality giant Merivale, has garnered over 10,000 signatures.

“The transformation of the car park into a beer garden … was immediately embraced as a community space by people of all ages and walks of life – somewhere where people could socialise safely, eat, drink, and enjoy the fresh air together,” he said.

The Inner West mayor, Rochelle Porteous, said the fact the pub wanted to operate the beer garden until 2.30am on weekends meant it needed to be assessed.

“It is viable to do an assessment because it will be a significant change,” she said.