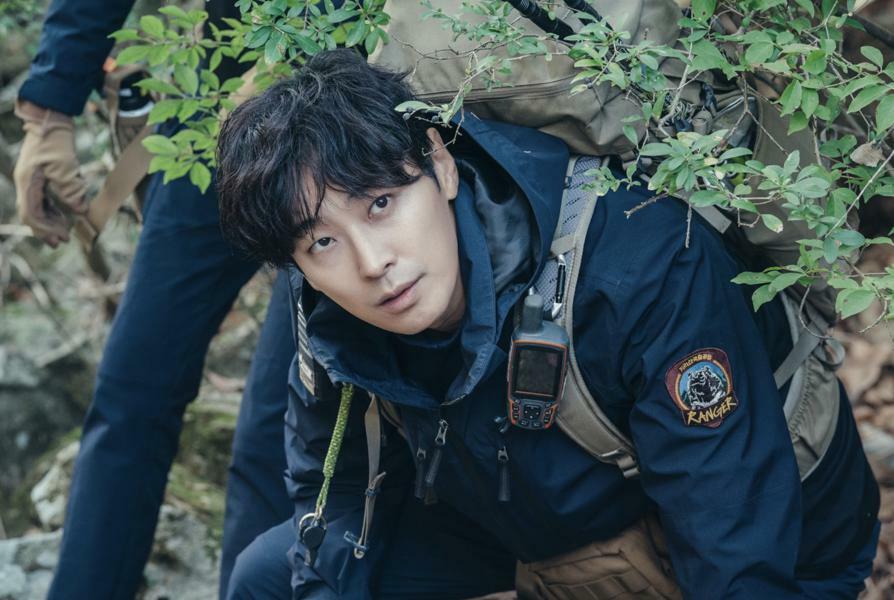 With an area of 182.14 square miles, Jirisan National Park is the largest terrestrial national park and the third-largest national park in South Korea. Not only is it home to some stunning scenery and 5,000 different species of vegetation and wildlife, but millions of people visit the park every year. In the Korean drama Jirisan some of the park’s visitors don’t return.

Some visitors choose to end their lives in the park, while others lose their lives without intending to. The park’s otherworldly beauty has led to its description as “a place between this world and the next,” but the park’s rangers repeatedly risk their lives to return lost or injured visitors to the land of the living. They battle both natural and human dangers to protect the park and its visitors, occasionally facing circumstances that have no logical explanation.

At the start of the drama, Kang Hyun-jo, played by Ju Ji-hoon, arrives for his assignment as Jirisan’s newest ranger. He barely has time to put his bags down when he’s whisked off on a dangerous search for a lost student.

As the teams fan out on treacherous pathways, the search is interrupted by a rock slide and the approach of a typhoon, flooding the trails with torrential waters.

Ju’s character follows seasoned ranger, Seo Yi-gang, played by Gianna Jun (aka Jun Ji-hyun). Yi-gang is called a daredevil because of the risks she’s willing to take on a rescue mission. She warns Hyun-jo that she has little patience for whining and he’ll need to keep up.

Hyun-jo may be new to the park, but he possesses a special skill; he can sense where lost hikers might be. Only he can’t explain how he knows as much. The rangers will discover there’s a lot to the park that can’t be explained. It really is a mysterious place between one world and the next.

The rangers are played by an accomplished ensemble of actors. As well as Ju and Jun, who both recently appeared in the Netflix series Kingdom, and Oh Jung-se, who won a Baeksang Arts Awards for his supporting role in It’s Okay Not To Be Okay; the team includes Sung Dong-il ,who appeared in Hospital Playlist and Sisyphus: The Myth; Jo Han-cheul, who appears in the hit drama Hometown Cha-Cha-Cha; and Go Min-si, who appeared in Youth Of May. Although they may not always agree, the rangers work together to save lives and support each other.

From the tvN drama’s trailer it’s obvious that Jirisan will offer remarkable views of natural vistas, but the fast-paced drama also offers plenty of thrilling rescue scenes and a mysterious genre-blurring back story.

Jirisan was written by Kim Eun-hee, who wrote the popular dramas Kingdom and Signal, and directed by Lee Eung-bok, who directed hit dramas Descendants of the Sun, Goblin, and Sweet Home.

Both Ju Ji-hoon and Gianna Jun have previously worked on projects written by Kim and at a recent press conference Jun praised Kim’s writing, saying “The charm in her scripts are that details that seem unimportant at the start, turn out to be crucial at the end.”

Jirisan premieres on October 23 on the iQiyi International app or iQ.com.