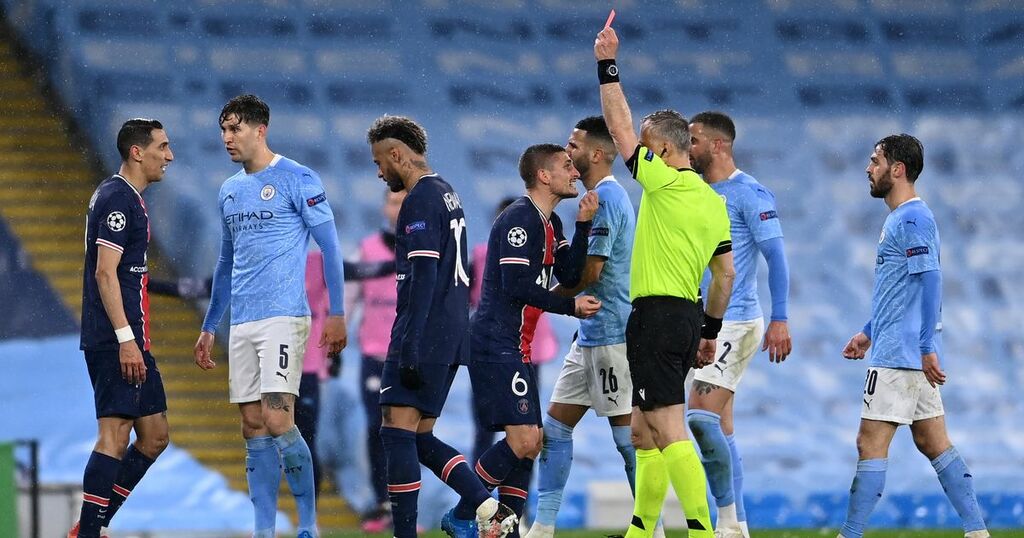 City beat PSG home and away in last season's semi-finals to reach a debut final in the competition. After falling behind at the Parc des Princes in the first leg, two fortuitous goals saw them return to Manchester with a crucial advantage with two away goals.

City took full control of the tie with a further two goals in the home leg, and PSG lost their discipline late on when Di Maria was sent off shortly after Riyad Mahrez's third goal of the tie.

As City marched onto the final, PSG returned home and must try again this season to lift their first Champions League trophy.

Their summer business has shown their intentions of doing just that, too, with Lionel Messi, Gini Wijnaldum, Achraf Hakimi, Sergio Ramos and Gianluigi Donnarumma all signing over the summer, while key players like Neymar and Kylian Mbappe remained at the club.

They are understandably favourites for the Champions League this season, and given City's previous hopes of signing Messi it was inevitable that the pair were drawn in the same group along with RB Leipzig and Club Brugge.

However, while PSG have a wealth of world-class options to pick from, they will have to go without experienced international Di Maria for the first three games of the group after UEFA ruled he must serve a three-match ban for his red card at City.

That rules him out of the trip to Brugge, the home clash with City on September 28, and the visit of Leipzig. He will be available for the return fixtures.

PSG will also be without Idrissa Gueye for their first game following his red card in the first leg last season against City. His suspension runs out after two games, meaning he will be available to face City.