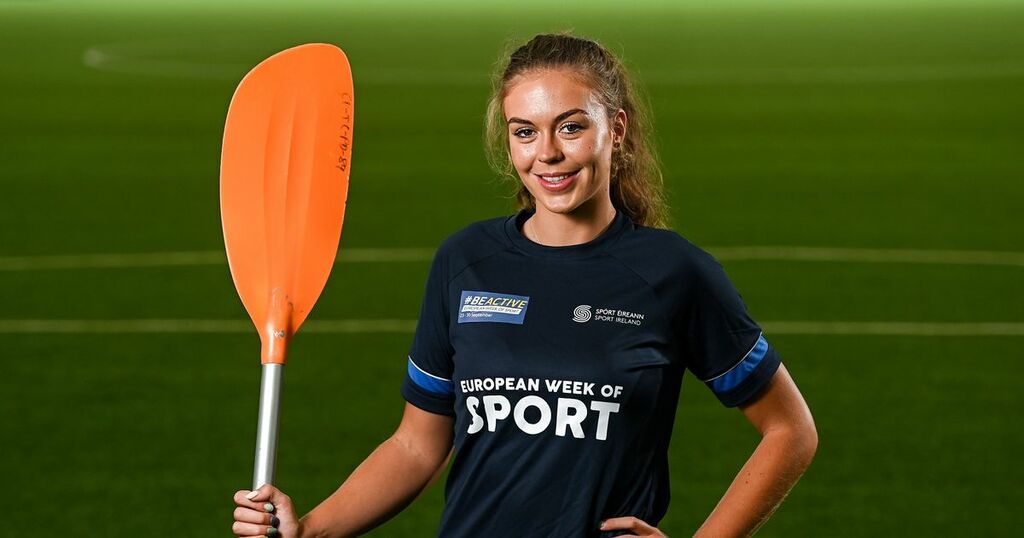 Eimear Lambe put Olympic glory behind her this week when she started work - but Paris 2023 is on her mind.

Lambe, 23, began employment with consultancy firm EY on Tuesday and will spend the next year combining training and rowing with her new job.

Taking a break from the high-octane, full-time training required for that level of competition is seen as normal in the rowing world.

But she admits that come next summer, herself and her three bronze medal-winning team-mates from Tokyo - Aifric Keogh, Fiona Murtagh and Aoife Hegarty - will have a decision to make.

Asked if they could combine full-time employment with a shot at another medal in Paris, Lambe said: "Realistically, no, but at this point in the cycle, it's definitely realistic.

"At this point in the Tokyo cycle I was still in college and everything but probably come next year, qualifying year, we'll have to really consider if we want to have another shot at it and move down to Cork again, going full-time at it.

"Because rowing is very intense and all-consuming, there has to be a period where, your life coming up to the Olympics revolves around rowing and you can only do that for so long before you lose friends, you fall out of touch, the coaches are understanding we’re doing our thing for a little while.

"It’d be normal for people to go back to jobs or college or even travel, a lot go to Australia and things like that. It would be quite normal.

"It would be so easy just to go from Tokyo and straightway to Paris, and start gunning straight for that. But if I was to do that I think it would be a mistake."

Although unused to being the centre of attention, the 23-year-old from Cabra has enjoyed being in the spotlight since that podium success in Japan at the end of July.

And having had a taste for success, it seems that she would like to try again in three years' time.

"Although we were totally elated at winning a medal, I don’t think we were actually happy with the performance in Tokyo," she said.

"The whole first half of that race we underperformed, we let the other crews get too far ahead of us.

"We’d like to think we’d be up close to Australia and the Netherlands, we’ve always been point-something of a second off them every time so we wanted that.

"We thought we’d a better chance to contend for gold or silver, so part of us would like to go out and have a better race. "

Ambassadors, David Gillick, Eimear Lambe and Kenneth Egan were in attendance at the launch of European Week of Sport 2021, in partnership with Sport Ireland. European Week of Sport is a week-long celebration of sport which promotes physical activity in people of all ages, background, or fitness levels. Sport Ireland is calling on you and your family to get out and #BeActive between the 23rd - 30th of September and who knows, this may be the start of a new found love for sport. For more information and to find an event near you, go to - www.sportireland.ie/europeanweekofsport