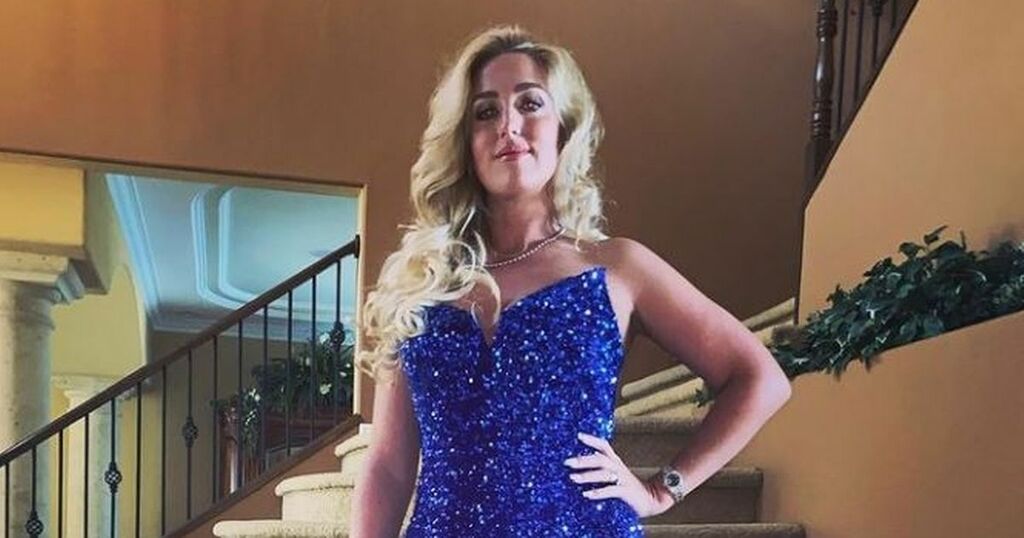 The mum-of-six jetted out to the states to support and cheer on her other half as he went head-to-head with Deontay Wilder.

It was the third installment of their trilogy of fights with Tyson out to defend his WBC heavyweight title.

And the Gypsy King gave it all he had, rising from the canvas twice to knock out Wilder in the 11th round at the T-Mobile Arena in Las Vegas.

READ MORE: Strictly fans relieved as Rose and Giovanni move them to tears with sweet details

As well as Paris, Tyson's brother Tommy Fury was also on hand for support.

But Paris, 31, stole the show as she rocked up to the boxing bout in a glam ball gown.

She looked sensational in a figure-hugging mermaid gown in cobalt blue with sparkly details from top to toe.

"Only in Vegas," Paris shared alongside snap of herself on Instagram as she posed up a storm before the big fight.

Molly-Mae Hague was among the first to respond, writing: "INCREDIBLE," in the comments.

And fans were also quick to flood her with compliments.

"You look gorgeous Paris," one said.

Paris was also pictured in the thick of the action as referee Russell Mora holds up the arm of her husband while he celebrates his win.

She later took to Instagram with a picture of the pair, sharing a gushing tribute.

"Best man walking," Paris said, "And I love him and am indescribably proud."

The loved-up couple grinned for the camera as Tyson held onto his belts.

But the night didn't end there as Paris did a quick outfit change and headed for the Bellagio Hotel and Casino.

Sharing a video to her Instagram stories, an eager crowd gathered to help celebrate Tyson's win as he stood on stage with his team before jumping up onto the DJ booth.