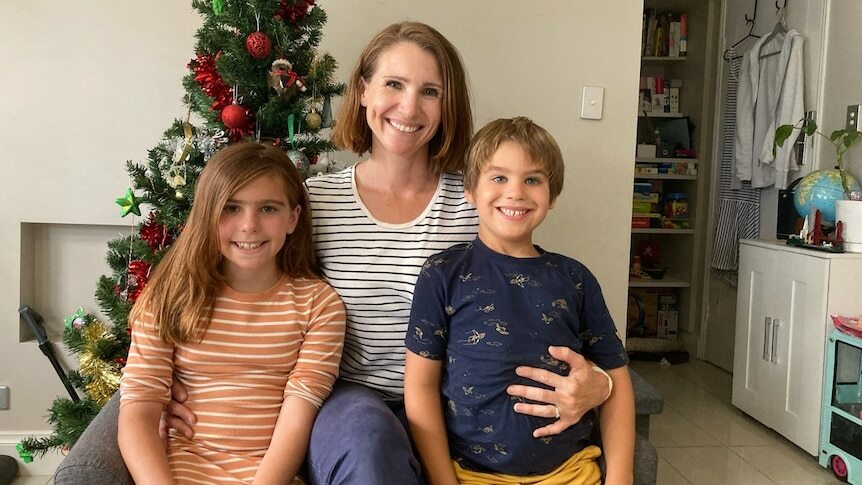 As families prepare for the school year, some parents have expressed their worry over the South Australian education department's plans for a "staggered hybrid model" return to classrooms.

Mother Bella Esposito said she and many others find the thought of the model, revealed on Thursday and Friday, "very stressful".

Under the plan, schools will open from January 31 but only for vulnerable students and the children of "essential workers".

Formal classes will begin on February 2, in-person for reception and years 1, 7, 8 and 12, with students in the other grades learning from home for a fortnight.

Ms Esposito works four days a week as an accountant, while her husband works full-time in communications — neither of them is classified as an essential worker.

Between them, they will juggle homeschooling their eldest child, Alexandra, who starts year 4 this year, while their youngest, Hugo, will start reception in the classroom without having had his first vaccination yet.

"I'm not sure with how many weeks I'd be happy with it being pushed back, but I do find this staggered and hybrid model, the thought of it, very stressful," Ms Esposito said.

"It's a difficult time I think for all parents and for teaching staff too. We really feel for them."

She said it would be hard for Hugo to start school without his big sister there to support him.

"I feel for them and for the small children, the reception kids starting off with an adult who's masked and there's not that same emotional connection," she said.

"It is great in terms I guess the health benefits of wearing a mask but again it's starting the year in an odd way and for little people, I think to make it as normal as possible would be great."

With their number one priority being to prevent their children from becoming sick, Ms Esposito said making rapid antigen tests available to staff and students would be a good thing if there had been a positive case at a school.

"We would hope that that child was made to quarantine and then we would likely take Hugo out of school until we could be sure that we weren't spreading a virus through him," she said.

Students take air quality testing into their own hands

Meanwhile, with South Australia's Department for Education confirming it would not be following the lead of NSW and Victoria in installing air purifiers in classrooms, Lobethal Lutheran School is taking a different approach.

It has installed carbon dioxide monitors to see how stale the air is in classrooms.

"Some of our classrooms were safe — around 400–500 — and some of them were quite concerning, around 1,500 [parts per million]," principal Stephanie Kriewaldt said.

The Adelaide Hills primary school's students can watch the data and spot the difference opening the windows and turning on the fan can make.

"If we see that the CO2 doubles or triples at the start of a school day, we know that we can do better with the building ventilation," occupational physician Erich Heinzle said.

"What you're really wanting to do is get an exchange of air so you need to get fresh air in and the stale air out," she said.