Paranormal tales: Why Liverpool is known as a UFO hotspot to alien enthusiasts 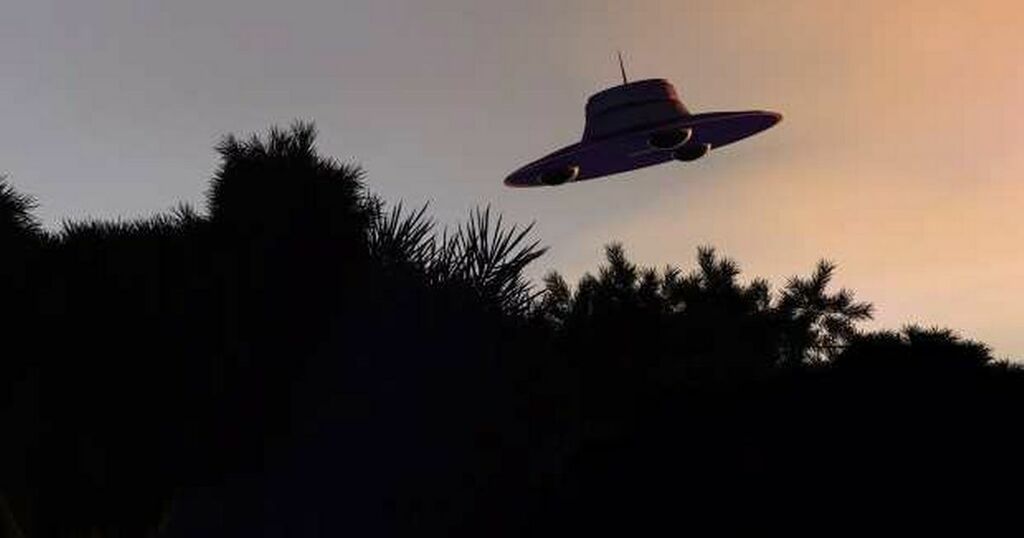 As human beings, we have a natural and inane fascination with the fantastical.

For such intelligent and rational creatures, we have long been infatuated by tales of mysticism, legend, and other worlds.

While this used to manifest in oral tales of Robin Hood, the Lady in the Lake, and Jenny Greenteeth, it later turned to a fascination with creatures from other worlds.

READ MORE: Albert Dock's journey from pride of Liverpool to derelict dump and back again

During the 1960s UFO fever gripped Britain and it seemed to infect Liverpool, Merseyside, and the Wirral more than anywhere else.

Alien enthusiasts have long seen Liverpool as a hotspot for Unidentified Flying Objects, with some even debating the presence of a UFO "Bermuda Triangle" in the region.

People from Widnes, Norris Green, and Wavertree were obsessed with the idea that Unidentified Flying Objects were hovering over their homes, ready to abduct them.

In fact, the Merseyside UFO Research Group, based in Liverpool's Trueville Road, continued to advertise for new members in the ECHO throughout the 1960s.

One of the first significant sightings in the area was reported to newspapers in May 1966.

Police officer Donald Cameron told reporters that he spotted six white lights hovering over the houses at the end of his estate in St Helens.

He described one of the lights as being cup-shaped with a dome at its peak with Donald claim it must have been "the mothership."

The lights remained for thirty seconds before flying away "at great speed" towards Manchester.

Donald's sighting was only a precursor to October 1967, when the most significant reports occurred in Liverpool.

On October 5, a strange noise was captured on a tape recorder at Hough Green, a small village near Widnes.

The so-called "Hough Green Hum" was said to resemble a combination of whirring, buzzing and grinding which emanated from some unknown point within the atmosphere.

It was said to be so loud that it caused someone to jump into a hedge.

On October 26, one Peter Murphy made the front page of the Liverpool Echo after he claimed to have seen a UFO near Croxteth Hall.

He was driving along when a black object flashed across his windscreen and hurtle into a field next to the hall.

Peter was initially concerned that vandals had hurled something at his car and reported the incident to police.

He returned to the scene with a PC David Jackson when both men searched the field for the supposed missile but found nothing.

Early the next day, a British railways driver called William Sharpies, of Wavertree, not only spotted the object but managed to record the noise it made which was thought to be the same as the Hough Green Hum.

Sharpes played the recording to ECHO journalists who claimed that many others had made reports of hearing similar noises.

On October 27, John Goodman of London Road, Appleton, told the ECHO that he and his girlfriend had seen a UFO hovering over Warrington.

In November, the headline "It's those UFOs over Merseyside again" appeared above a story about Mabel Allen of Barnston, the Wirral, who told reporters that she saw a UFO outside her bedroom window at 4.30am.

By December of that year, another UFO story was published in the ECHO, this time concerning the 18-year-old daughter of a policeman in Upton.

Judith Crane who lived on Dukesway, was returning home at 7pm with her friend Patricia Perry when the pair spotted "strange lights" hovering over the Weston Grove.

It made a "throbbing noise" before heading towards Chester.

A year later, in October 1968, in the village of Lymm, near Warrington, an eight-year-old boy saw a plane-like object in the sky which was said to be blunt at both ends.

The rectangular object rose vertically, it spun on its axis like a spinning top, and then flew towards Manchester.

At the tale-end of 1969, Neil Piper and his Alsation Tex were patrolling Birkenhead Corporation housing estate when they were startled by a mysterious flying disc.

The duo appeared in the ECHO.

Though more Liverpool and Merseyside UFO sightings would make newspaper headlines thereafter they would not be at quite the same rate or frequency as the flurry of reports made in the 1960s.

It was thereafter that the city was known as a hotspot for alien activity.